June 21, 2011 at 10:17 AM ET by David Agnew
Twitter Facebook Email
Summary:
President Obama and Vice-President Biden host a bi-partisan group of mayors at the White House to discuss the economic conditions in America's cities. 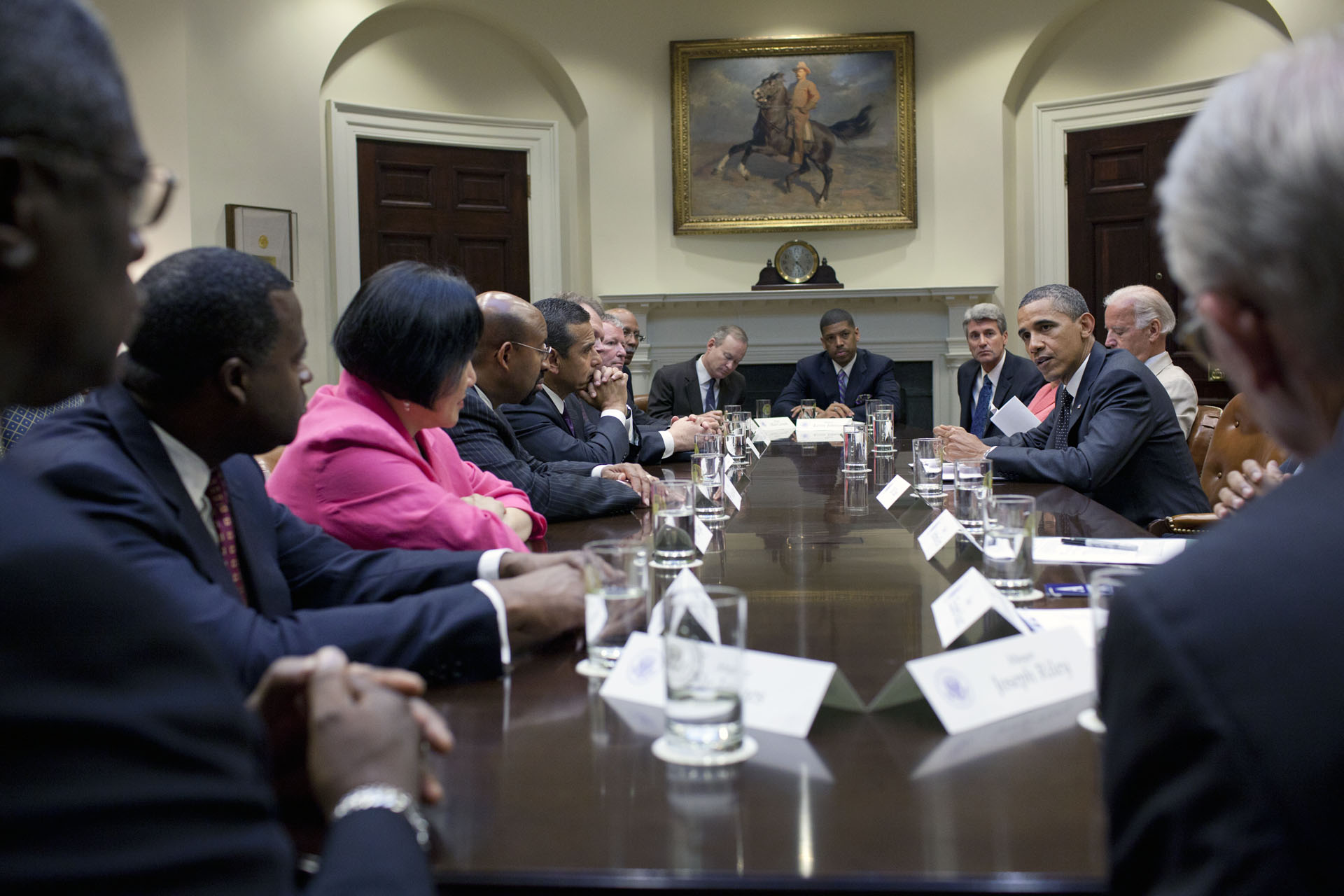 President Barack Obama meets with the U.S. Conference of Mayors leadership to discuss the economy and their local efforts to create jobs and spur economic growth, in the Roosevelt Room of the White House, June 20, 2011. (Official White House Photo by Pete Souza)

Monday afternoon, President Obama met with a bipartisan group of fourteen mayors to talk about the state of the economy in their cities and their just-ended meeting of the U.S. Conference of Mayors in Baltimore, Maryland.  The President, who was joined by Vice President Biden, Chief of Staff Bill Daley, and Senior Advisor Valerie Jarrett, stressed his continued commitment to working closely with mayors to spur job creation and economic growth.

The newly-installed President of the U.S. Conference of Mayors, Mayor Antonio Villaraigosa, told the President that he appreciated the solid working relationship that mayors have with this White House and urged the President to continue fighting for investments in our nation's infrastructure.  Mayor Villaraigosa also urged Congress to address job creation and stressed the importance of education and workforce training programs.

Philadelphia Mayor Michael Nutter emphasized job creation as the top priority in his city and noted that when people come up to him on the street they are much more likely to ask for his help getting a job than talk about the need for deficit reduction.

Mayor David Bing of Detroit thanked President Obama for his commitment to America's auto industry, noting that Detroit's economy is starting to come back through jobs tied directly and indirectly to the auto industry.

David Agnew is the Deputy Director for Intergovernmental Affairs.