In a New Era, Living Up to Old Ideals

June 22, 2011 at 12:01 PM ET by Joseph M. Torsella
Twitter Facebook Email
Summary:
Ambassador Joseph Torsella honors the American roots of the United Nations charter, and the commitment to ensure that the charter's original intent will be upheld during comprehensive reform of the UN in the months ahead. 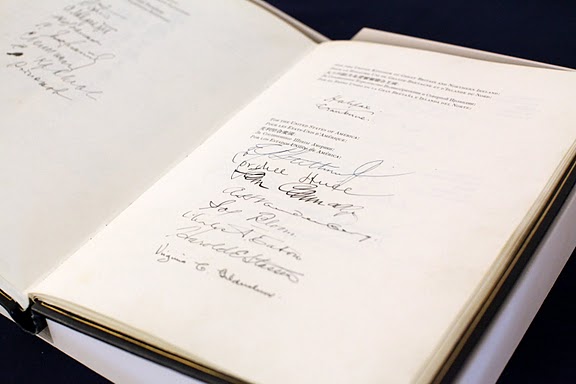 For just a few minutes on Tuesday afternoon, the lobby of U.S. Mission headquarters was home to the original United Nations Charter. There, flanked by guards and inscribed with the names of the world’s most notable mid-century diplomats, sat the UN’s original founding document, an open book on the aspirations of the post-war generation.

Later, the Charter survived the trip across New York’s 1st Avenue for the swearing-in of UN Secretary-General Ban Ki-moon. In welcoming the Secretary-General’s reappointment, Ambassador Susan Rice said that Ban has “understood that an institution built in the wake of World War II must renew and reform itself to meet the challenges of a very different world.”

In several crucial ways, the Secretary-General has begun to bring much-needed reform to the United Nations, but much more work is needed. That’s a big reason why I joined Ambassador Rice this year as President Obama’s new Representative to the UN for Management and Reform. As a proud Philadelphian, I can appreciate the power of bold, founding principles, and the enduring challenge of living up to them. In our own country, American heroes have made sacrifices for generations to push us further towards our own ideals – to make our union “more perfect.” 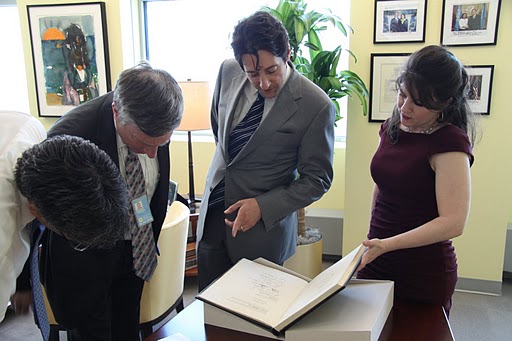 In the months ahead, the United States will continue to work with the Secretary-General on serious, comprehensive reform of the UN. We’ll be ready to protect whistleblowers, impose budget discipline, and promote transparency. We’ll work to ensure that the UN reduces its bureaucracy, reaps savings, rewards talent, and becomes more lean, nimble and cost-effective.

As we do, we’ll draw inspiration and tip our cap to the National Archives for our rare glimpse of the UN Charter, a document inspired by our American heritage and entrusted to the institution that houses the Declaration of Independence, the Bill of Rights, and the U.S. Constitution. The Charter reminds us that while the world’s most pressing challenges cannot be tackled by the United States alone, there is no substitute for U.S. leadership in the world.