Connecting Fathers with Their Schools

June 24, 2011 at 2:00 PM ET by Steve Crawford
Twitter Facebook Email
Summary:
Steve Crawford, a principal who has been in education for 13 years, highlights the involvement of men in the community with their schools through a national father and father-figure program. 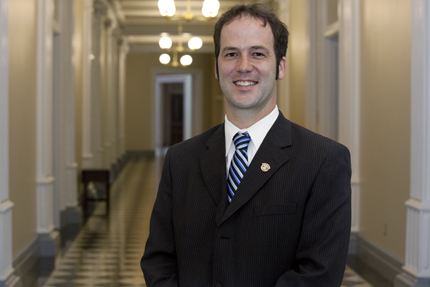 It started with my job as a first year assistant principal at Charlotte Ann Cox Elementary School in Leander Independent School District (LISD) in Cedar Park, Texas. It was here that I was handed the opportunity to work with Watch DOGS by my principal Kim Adcock and community advocate Russell Bundy.

What is Watch DOGS? Watch DOGS is a national father and father-figure program designed to connect men in the community with their schools. The program provides an avenue for these men to be involved as fathers, mentors, and role models, not only to their own children, but to all the children in their communities. This endeavor comes about by utilizing the most powerful force of all – family.

I immediately saw the impact of men on campus through my own personal experience. It was then that I decided to dedicate myself to embracing, improving, and spreading the Watch DOG program throughout our larger community beyond the reach of my campus.

So, I joined up with some colleagues and began to spread the word. During the last 5 years, I became a local spokesman and trainer to help schools adopt this program. When the dust settled, I found that the Watch DOGS program has now become a part of the vernacular of the community in Central Texas. Over 20 schools in LISD now have the program as well as numerous programs in the surrounding school districts.

This year, with the help of fellow assistant principal Mark Koller, we joined all the LISD Watch DOGS with the Texas Stars Triple-A hockey team to form a partnership in order to provide a special night for fathers and father-figures with their children. Nearly 2000 fathers, father-figures and their children participated in the event.

Ultimately, my goal of attaching fathers and father-figures to their school has grown and continues to grow through the power of our schools and communities. During this journey, my own father and step-father have passed away, and seeing the trend of “fatherless-schools” change to “fathered-schools” reminds me of them and how change begins with one step – their steps…a father’s step.

Now, I am expecting my first child with my beautiful wife, Lynsey, and look forward to continuing to connect fathers and father-figures with their schools through Watch DOGS as well as becoming a father myself.

Steve Crawford has been in education for 13 years as an elementary teacher, assistant principal and is now a principal.