Raising Awareness on the Importance of Fatherhood

June 24, 2011 at 11:45 AM ET by Thabiti Boone
Twitter Facebook Email
Summary:
Thabiti Boone, inspirational public figure, speaker, and a college basketball Hall of Famer, encourages fathers to step up and be engaged in the lives of their children every day. 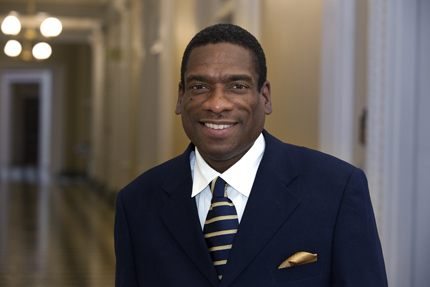 Twenty-seven years ago, I never imagined what my scared but brave act of fatherhood meant or would lead to. In 1984, I took my daughter to college with me as a teenage father. The beauty of my fatherhood was dictated by the love for my daughter, which became the driving force to be the best father I could be.

My biggest joy is traveling and speaking all over the country getting individuals, institutions, organizations and communities asking them to answer the call from our President to action on fatherhood and mentoring.

My current work has me involved on many fronts including serving as International Representative for my fraternity Omega Psi Phi's Fatherhood and Mentoring Initiative. In this role and under the leadership of our President Dr. Andrew Ray, it is my responsibility to lead our fraternity’s over 100,000 members and 600 chapter’s efforts in joining the President’s call the action on fatherhood. I am also Fatherhood Advisor to NBA legend and Fatherhood leader Allan Houston.

I am encouraged with the progress we are making, and I believe we are moving much closer to the assurance that every child has every opportunity to benefit from a beautiful relationship with their father.

I share this honor with my wonderful daughter, grandsons and family.