"Your Commander-in-Chief Has Your Back"

June 24, 2011 at 10:01 AM ET by Kori Schulman
Twitter Facebook Email
Summary:
President Obama speaks to the soldiers of the 10th Mountain Division at Fort Drum in New York to thank them and their families for their sacrifice, following his announcement on beginning a drawdown in Afghanistan.

Yesterday, President Obama visited Fort Drum to thank soldiers of the 10th Mountain Division who had returned from Afghanistan this spring and meet with Gold Star Families. In an address to the nation a day earlier, the President announced his plan to remove 10,000 American troops from Afghanistan by the end of this year, and a total of 33,000 by next summer. 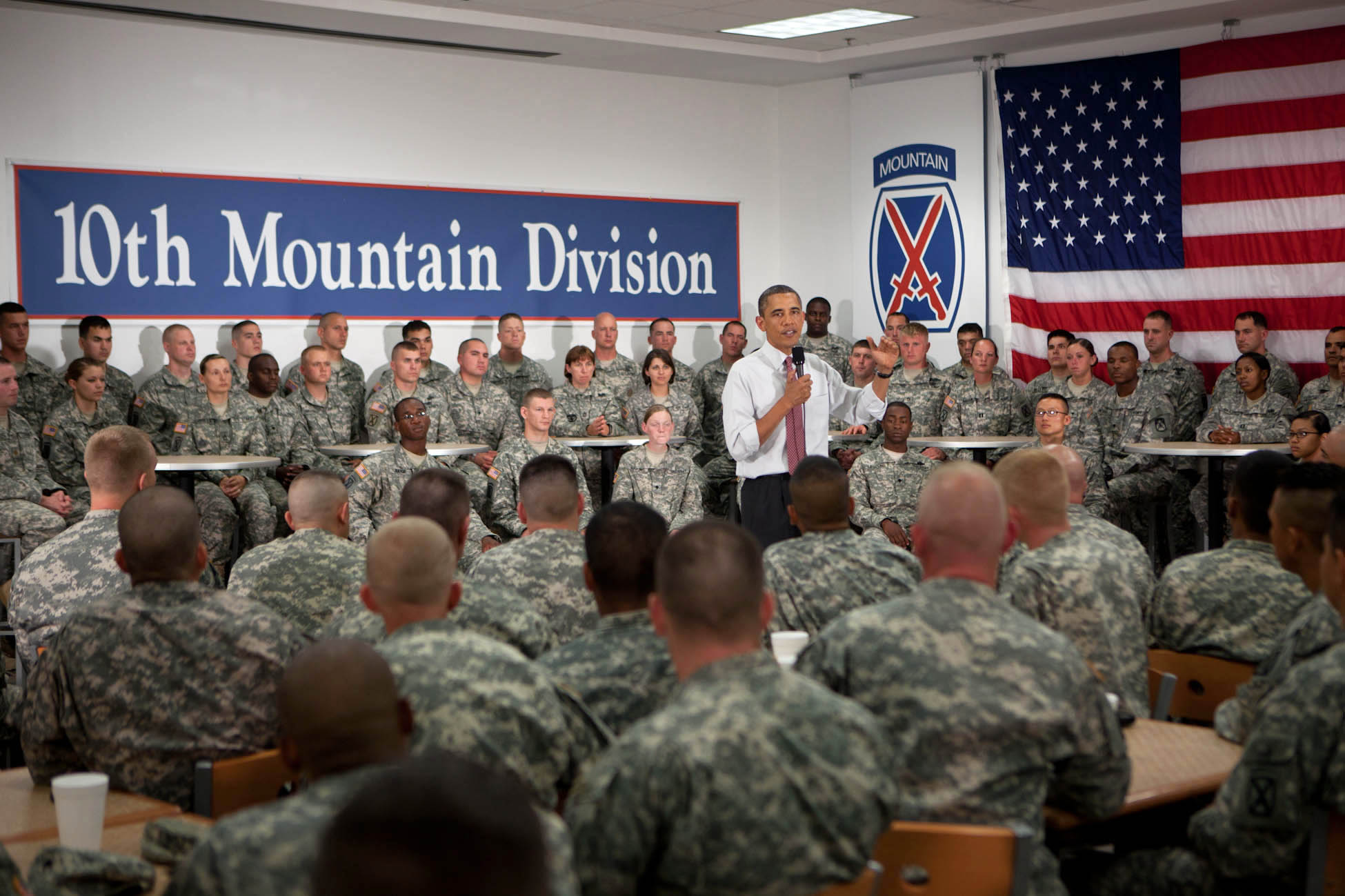 At Fort Drum, the President thanked the men and women in uniform for their sacrifice and the sacrifices of their families, before shaking hands with each soldier.

If you looked at the schedule that I set forth, we’re only bringing out 10,000 by the end of this year.  We’re going to bring out all 33,000 that we surged by next summer.  But there’s still some fighting to be done.  And then we’re still going to have 68,000.  And, frankly, the 10th Mountain Division is still going to be represented there until we have fully transferred to the Afghan military and security forces.

But I hope that all of you can both take pride in what you’ve done over the past years, but also understand that there’s a future there that is brighter not only for the Afghan people, but for -- most importantly, for American security.  And you guys are the tip of the spear.  You guys are the ones that keep us safe each and every day. 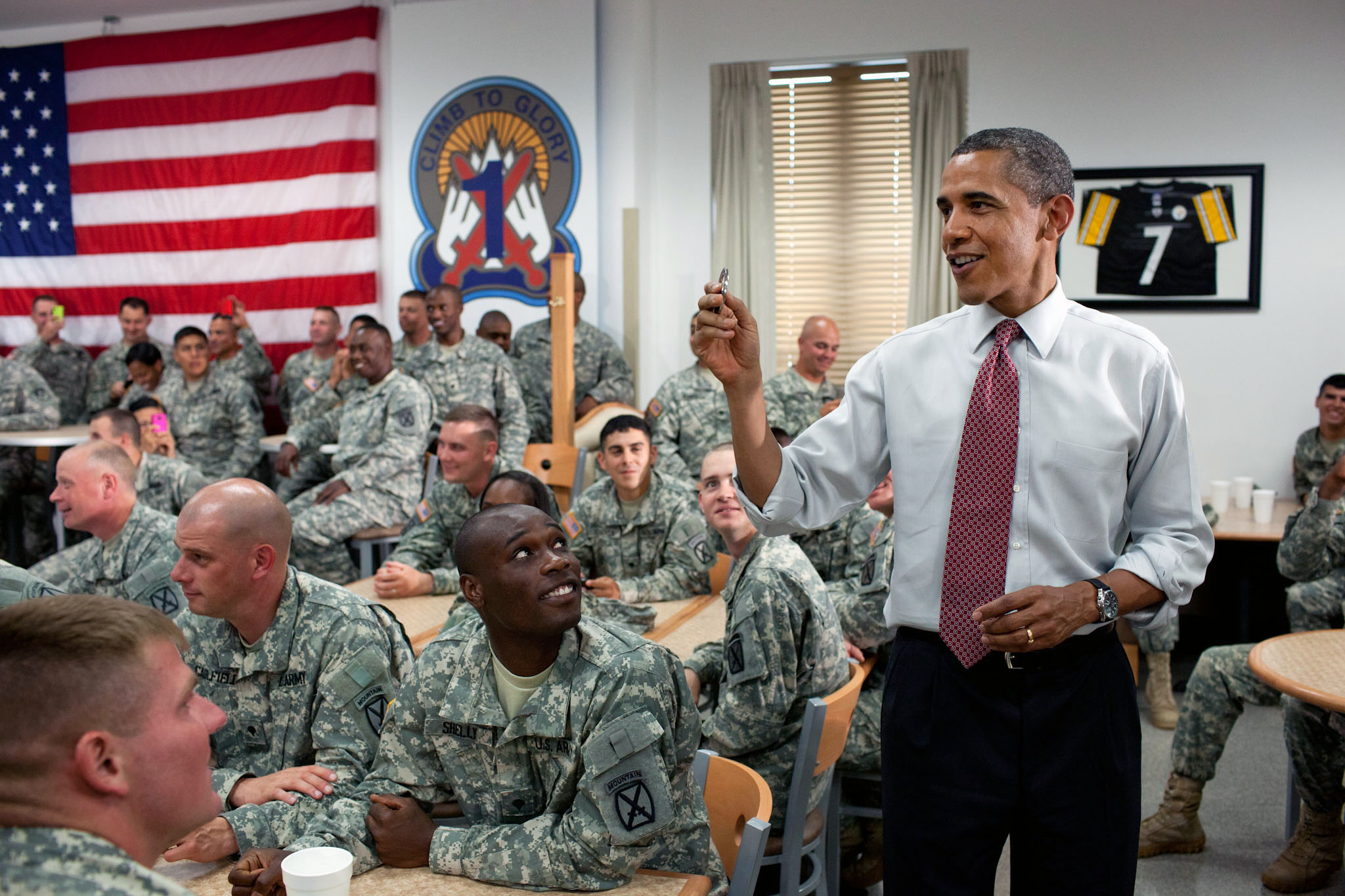 President Barack Obama holds up a coin given to him by one of the soldiers while meeting with the 10th Mountain Division at Fort Drum, New York, June 23, 2011. (Official White House Photo by Pete Souza)