Today, the Commerce Department’s U.S. Census Bureau announced the first realignment of its national field office structure in 50 years and management reforms that will improve efficiency, reduce costs and enhance data quality. The changes will take place gradually over the next 18 months and reduce the number of regional offices from 12 to six, saving an estimated $15 million to $18 million annually beginning in 2014. 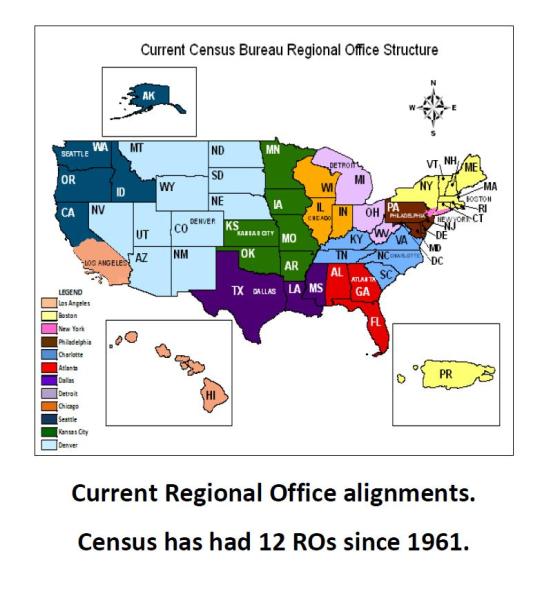 Increasing efficiency, cutting waste and reforming Washington has been a priority for the Obama Administration since day one, and this consolidation supports the administration’s ongoing effort to make government more efficient, effective and accountable to the American people. It also builds on the work of Census Bureau Director Robert Groves and his management team in bringing in the 2010 Census on time and 25 percent under budget, saving nearly $1.9 billion.

Earlier this month, President Obama and Vice President Biden launched the Campaign to Cut Waste with the goal of eliminating misspent tax dollars in every agency and department across the federal government. Whether the budget is in surplus or deficit, every dollar must be spent as efficiently as possible, but in a time when so many Americans have had to cut back, our mission takes on added urgency.

The truth is America has critical choices in front of it. We need to make investments that will create good jobs and help businesses grow and become more competitive, whether it’s in making sure we have the best educated students in the world or improving our infrastructure so companies can move their products efficiently all across the country and around the world. But during tight budget times, we can’t justify new investments if we’re not spending the money we already have wisely.

At the Census Bureau, spending wisely means taking advantage of advances in technology that have allowed survey organizations to provide its field interviewers with better tools and move to a leaner management structure. Increasing virtualization, along with more timely management information, can yield both cost and quality advantages.

The professional field interviewers that work for the Census Bureau across the country are critical to helping us generate vital statistics about our economy, our communities and our households. Every day, U.S. businesses rely on the billions of economic and demographic statistics produced by the Commerce Department to help them make smarter decisions, like where to build a plant, open a store, or spend their advertising dollars. Smarter decisions mean that U.S. businesses become more competitive in the global economy and better able to create jobs.

We anticipate that approximately 330 employees in a national field force of about 7,200 will be affected by the permanent closing of these regional offices, with a net loss of approximately 115 to 130 positions. The realignment will close offices located in Boston, Dallas, Detroit, Charlotte, Kansas City and Seattle. The remaining six offices and their new boundaries will be located in Atlanta, Chicago, Denver, Los Angeles, New York and Philadelphia. 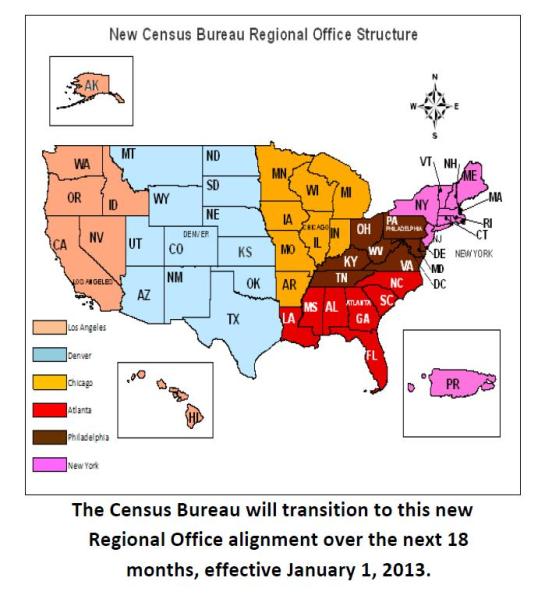 While most staff reductions will happen through attrition, early retirements, or transfers to vacant jobs at Census headquarters or elsewhere across the federal government, those employees affected by this realignment will be our first priority.

The Census Bureau is committed to constantly improving its processes to slow the rising cost of data collection and keep pace with new innovations, all while maintaining the highest quality statistics. And here at the Commerce Department, we will continue to search for new ways to do more with less, and do our part to make the government work better.

Over the past two years, this administration has begun to change how Washington does business and saved billions of taxpayer dollars. Increasing efficiency and cutting waste is about making sure the American people can trust the government to treat every dollar with the same care and attention they do – and to make sure that we are directing resources to those investments that will create good jobs and help our economy grow and become more competitive.