This evening, President Obama spoke to LGBT grassroots and community leaders, youth champions and advocates from around the country at a White House event to observe LGBT Pride Month.  Gay, Lesbian, bisexual, Transgender and allies that have been working in their neighborhoods, towns and states to bring about equality.

As the President said:

But I think it's important for us to note the progress that's been made just in the last two and a half years.  I just want everybody to think about this.  (Applause.)  It was here, in the East Room, at our first Pride reception, on the 40th anniversary of the Stonewall riots, a few months after I took office, that I made a pledge, I made a commitment.  I said that I would never counsel patience; it wasn’t right for me to tell you to be patient any more than it was right for folks to tell African Americans to be patient in terms of their freedoms.  I said it might take time to get everything we wanted done.  But I also expected to be judged not by the promises I made, but the promises I kept.

Now, let's just think about it.  I met with Judy Shepard.  I promised her we'd pass an inclusive hate crimes law, named after her son, Matthew.  And with the help of Ted Kennedy and others, we got it done and I signed the bill.  (Applause.)

I met Janice Langbehn, who was barred from the bedside of the woman she loved as she lay dying, and I told her we were going to put a stop to that discrimination.  And I issued an order so that any hospital in America that accepts Medicare or Medicaid –- and that means just about every hospital in America  -– has to treat gay partners just as they have to treat straight partners.  Nobody in America should have to produce a legal contract.  (Applause.)

I said we'd lift the HIV travel ban.  We got that done.  (Applause.)  We put in place the first national strategy to fight HIV/AIDS.  (Applause.)

A lot of people said we weren’t going to be able to get "don't ask, don't tell" done, including a bunch of people in this room.  (Laughter.)  And I just met Sue Fulton, who was part of the first class of women at West Point, and is an outstanding advocate for gay service members.  It took two years through Congress -– working with Admiral Mullen and Secretary Gates and the Pentagon.  We had to hold together a fragile coalition.  We had to keep up the pressure.  But the bottom line is we got it done.  And in a matter of weeks, not months, I expect to certify the change in policy –- and we will end "don't ask, don't tell" once and for all.  (Applause.)

I told you I was against the Defense -- so-called Defense of Marriage Act.  I've long supported efforts to pass a repeal through Congress.  And until we reach that day, my administration is no longer defending DOMA in the courts.  The law is discriminatory.  It violates the Constitution.  It’s time for us to bring it to an end.  (Applause.) 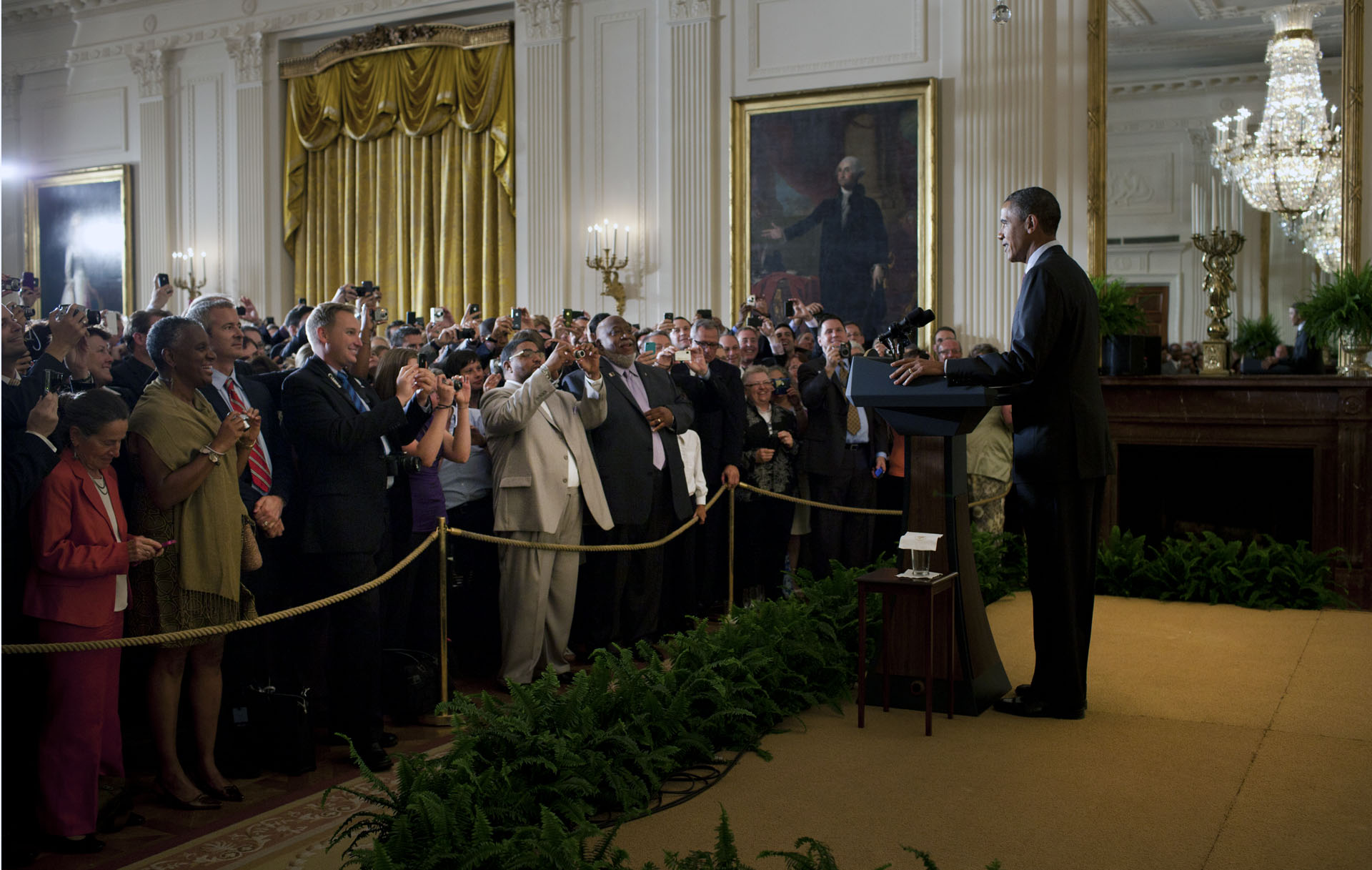 Earlier in the day, about 100 of the LGBT community leaders coming into town attended a two hour briefing in the Eisenhower Executive Office Building.  Administration officials from DOD, HHS, DOJ, HUD and the White House were on hand to walk through policy changes that impact the day to day lives of LGBT Americans.  Find out more about those accomplishments at WhiteHouse.gov/LGBT.

Also today, the Department of Health and Human Services announced that it has begun planning for the collection of LGBT health data.

All of this is part of the President’s commitment to the LGBT community.  When he spoke today, he talked about the “transformation not just in our laws but in the hearts and minds of people -- the progress led not by Washington but by ordinary citizens.”

He went on to say:

This is how this President sees America and how the LGBT community is part of the American dream.

Brian Bond is the Deputy Director of the Office of Public Engagement.