President Obama Addresses the Status of the Deficit Negotiations

Today, President Obama delivered remarks to discuss the status of efforts to find a balanced approach to deficit reduction.  The President stated that progress has been made, and though we still need to work through some real differences, that even greater progress is within reach.

However, he also stressed that we can’t afford to do the bare minimum to avoid defaulting on our debt in the short-term, and we must seize the opportunity to make substantial progress reducing the deficit:

Now, I’ve heard reports that there may be some in Congress who want to do just enough to make sure that America avoids defaulting on our debt in the short term, but then wants to kick the can down the road when it comes to solving the larger problem of our deficit.  I don’t share that view.  I don’t think the American people sent us here to avoid tough problems.  That’s, in fact, what drives them nuts about Washington, when both parties simply take the path of least resistance.  And I don’t want to do that here.

I believe that right now we’ve got a unique opportunity to do something big -- to tackle our deficit in  a way that forces our government to live within its means, that puts our economy on a stronger footing for the future, and still allows us to invest in that future.

Most of us already agree that to truly solve our deficit problem, we need to find trillions in savings over the next decade, and significantly more in the decades that follow.  That’s what the bipartisan fiscal commission said, that’s the amount that I put forward in the framework I announced a few months ago, and that’s around the same amount that Republicans have put forward in their own plans.  And that’s the kind of substantial progress that we should be aiming for here.

President Obama also reiterated his believe in the importance of a balanced approach to reducing the deficit:

I’m ready to do that.  I believe there are enough people in each party that are willing to do that.  What I know is that we need to come together over the next two weeks to reach a deal that reduces the deficit and upholds the full faith and credit of the United States government and the credit of the American people. 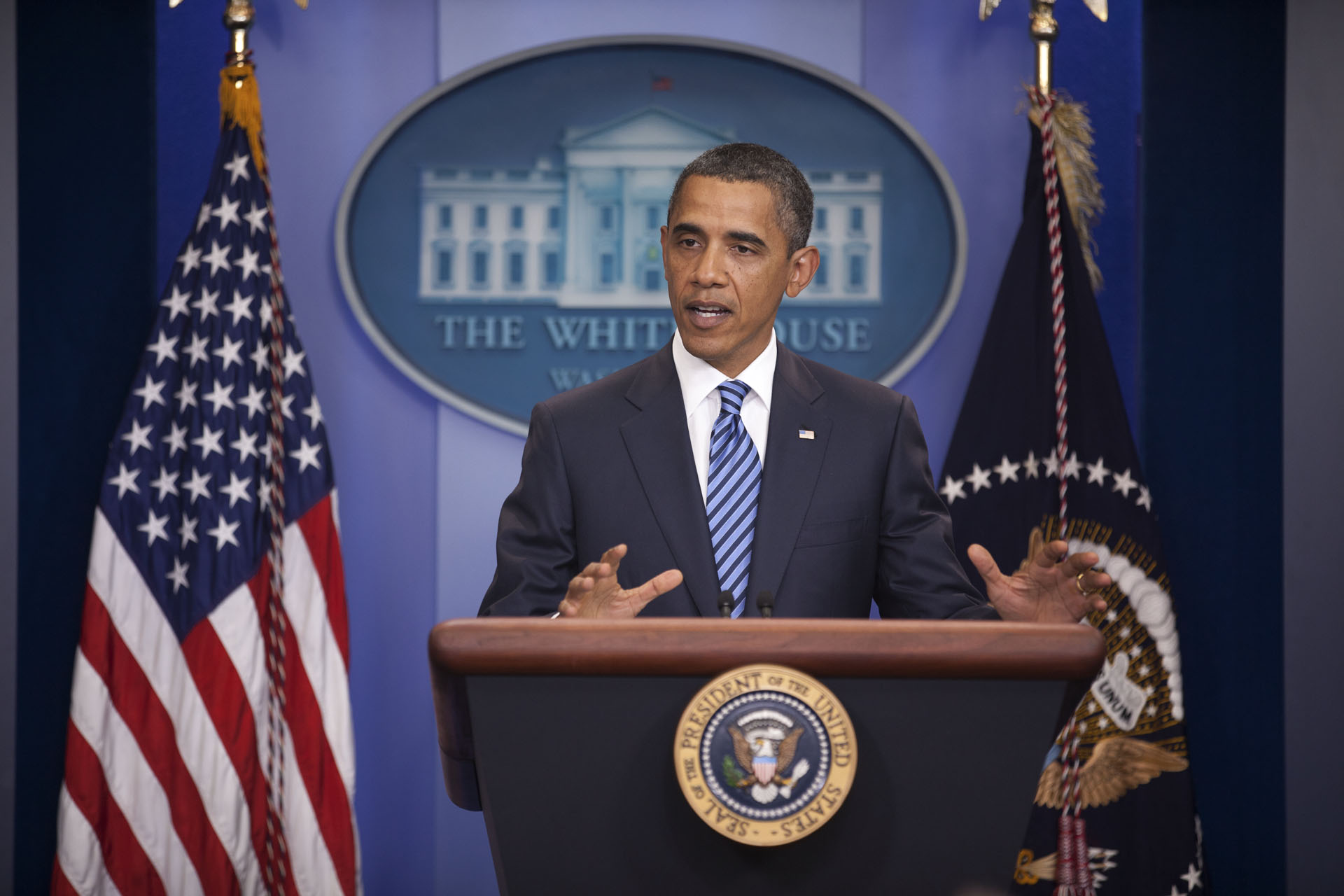 President Barack Obama delivers remarks on the status of efforts to find a balanced approach to deficit reduction during a statement in the James S. Brady Briefing Room, July 5, 2011. (Official White House Photo by Chuck Kennedy)

Finally, the President asked the leaders of both parties and both houses of Congress to come to the White House on Thursday to build on the work that’s already been done and drive towards a final agreement.

And I want to emphasize -- I said this at my press conference -- this should not come down to the last second.  I think it’s important for us to show the American people and their leaders that we can find common ground and solve our problems in a responsible way.  We know that it’s going to require tough decisions.  I think it’s better for us to take those tough decisions sooner rather than later.

That’s what the American people expect of us.  That’s what a healthy economy is going to require.  That’s the kind of progress that I expect to make.