Our Heroes Are All Around Us

July 12, 2011 at 7:20 PM ET by LTC Jason Dempsey
Twitter Facebook Email
Summary:
The President awards the Medal of Honor to Sergeant First Class Leroy Petry for his heroism in Afghanistan.

Watch the award ceremony and the President's full remarks here.

Today the President awarded the Medal of Honor to Sergeant First Class Leroy Petry. Sergeant Petry is the second living Medal of Honor recipient to have earned the award for service during the wars in Iraq and Afghanistan. It was an incredible event.

Sergeant Petry, an Army Ranger, was honored for his actions during a deployment to Afghanistan in 2008. While on a high-risk daytime mission, Petry and two of his comrades were injured by enemy fire. Despite his wounds, Petry continued to lead his soldiers, dragging one who had been injured to cover. When an enemy grenade landed near him and his comrades, Sergeant Petry moved toward the grenade and picked it up to throw it back – saving the lives of his fellow Rangers. As he cocked his arm to lob the live grenade away, it exploded. Petry lost his hand, but did not give up the fight. He tied a tourniquet around his own bleeding arm and continued to direct the operation, working to ensure the safety of his comrades until the end of the mission. 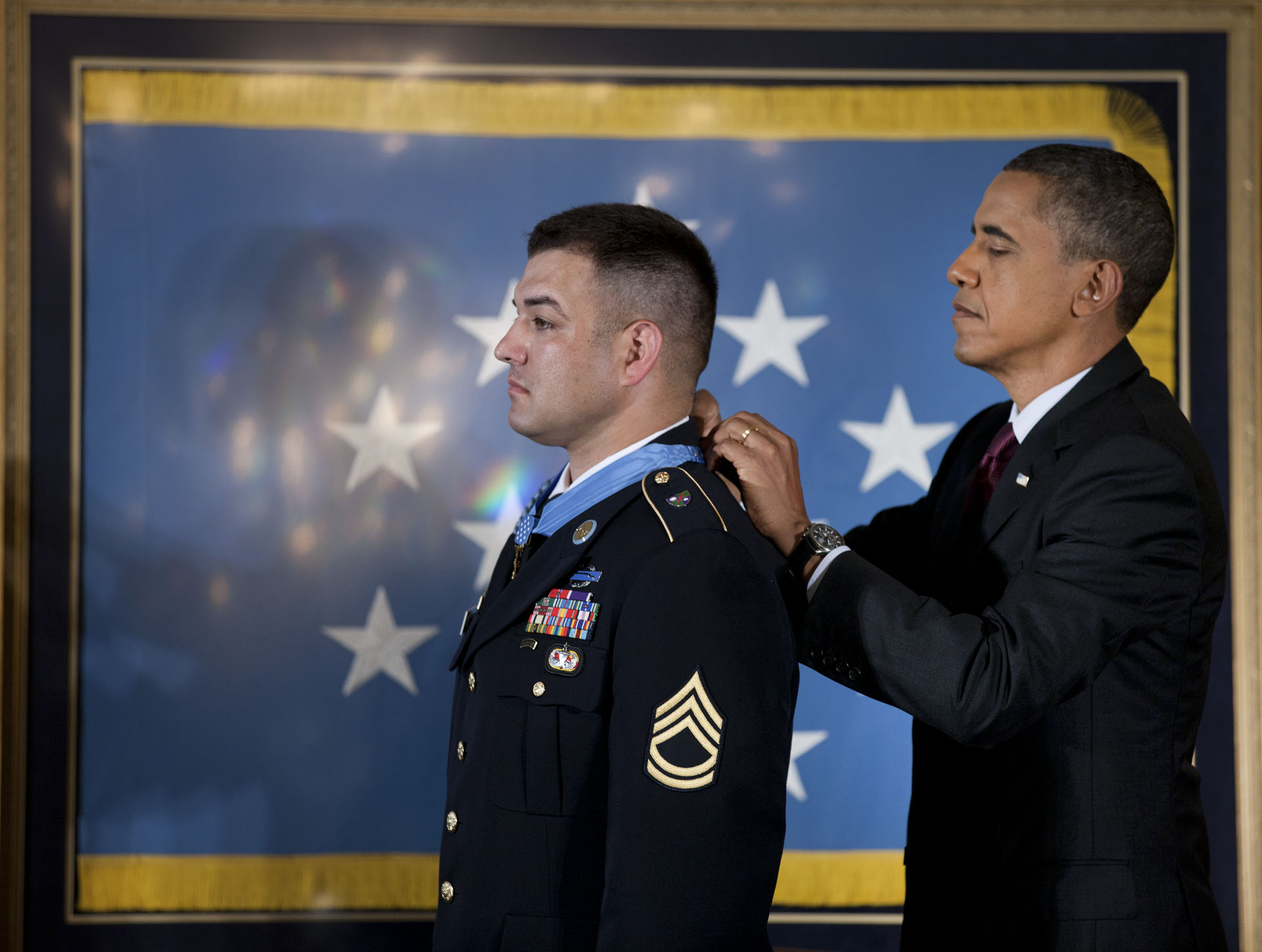 Sergeant Petry’s heroism has earned the admiration of us all. But as the President observed at the award ceremony, Petry is also a reminder that heroism is alive and well in America. We can find examples almost everywhere we look:

Our heroes are all around us. They’re the force behind the force—military spouses like Ashley, who during Leroy’s many deployments, during missed birthdays and holidays, has kept this family Army Strong.  They’re military children, like Brittany, Austin, Reagan and seven-year old Landon, who at the end of a long day is there to gently rub his dad’s injured arm.

Sergeant Petry was in training to become a Ranger on the morning of September 11, 2001. Upon hearing the terrible news that America had been attacked, he and his fellow trainees were told to “keep training - you might be going to war.” Months later, Petry landed in Afghanistan on the first of seven deployments. Petry’s service to his country and to his comrades has been outstanding, and he’s not done: Though he could have retired and received full benefits, Sergeant Petry chose to re-enlist.

In his selfless service, Sergeant Petry is an example for all Americans. And he is just one of thousands of young people who lined up to defend this country after we were attacked, and who continue to do so. Through ten long years of war, our men and women in uniform have served selflessly, sacrificing more than many of us can imagine – sometimes sacrificing all. In the words of the President, they “have earned their place among the greatest of generations.” They and their families deserve our admiration and respect for all they have given us.

Our heroes are all around us. We owe it to them to make sure that we provide them with the benefits and opportunities they have earned. To show your gratitude, visit joiningforces.gov. You can volunteer to help veterans and their families, send a note of thanks to our troops, or share a personal story.