July 13, 2011 at 12:30 PM ET by Tina Tchen
Twitter Facebook Email
Summary:
The First Lady's Chief of Staff Tina Tchen talks about honoring the late Betty Ford and her memories of growing up during the Ford Presidency. 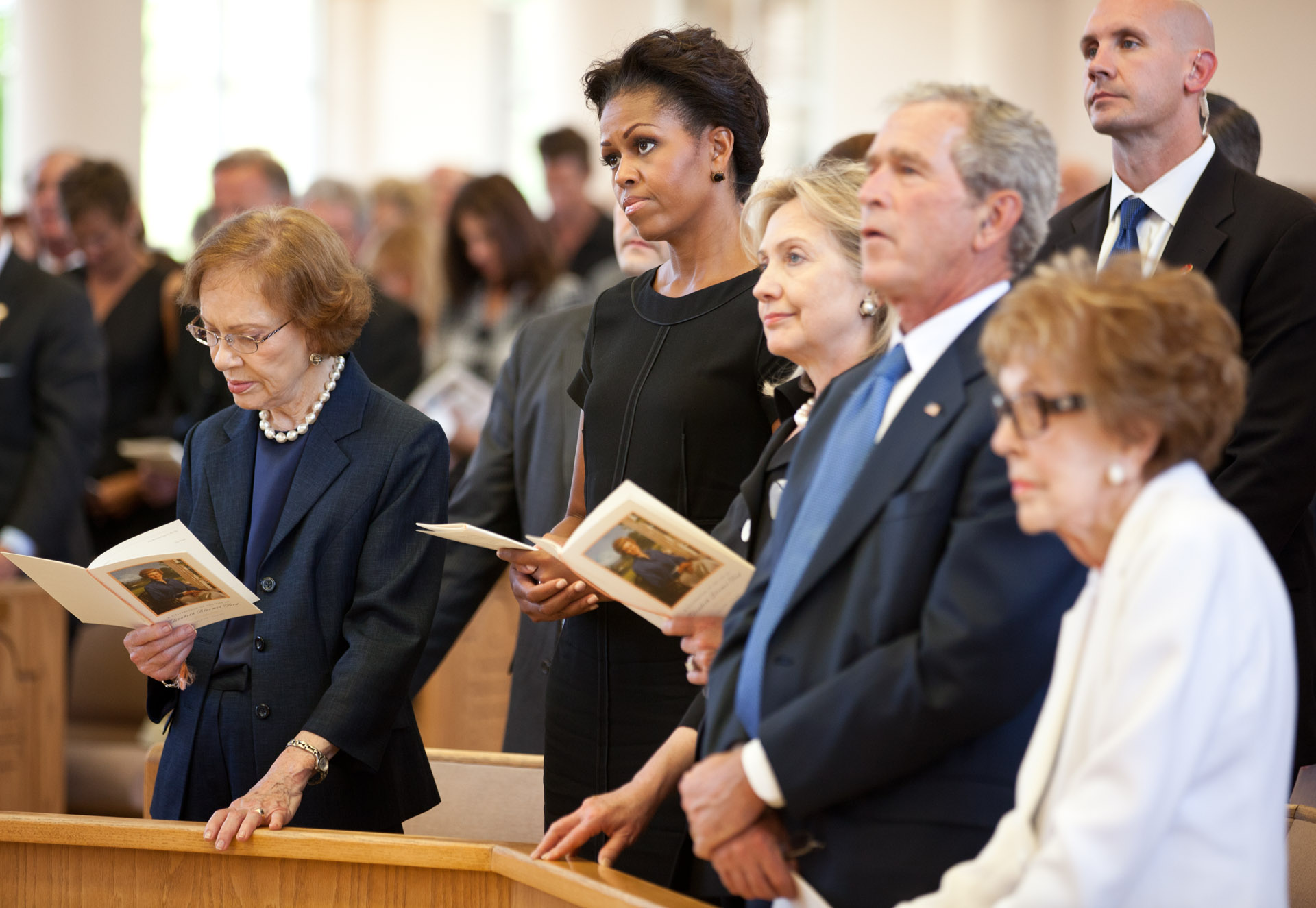 Yesterday I was honored to accompany the First Lady to the celebration of life for former First Lady Betty Ford, at St. Margaret’s Episcopal Church in Palm Desert, California.  An historic gathering of others who have shared the privilege of serving the country in the White House were also in attendance, including President George W. Bush, First Lady Nancy Reagan, First Lady Rosalynn Carter and Secretary of State Hillary Rodham Clinton.  President and Mrs. Ford’s four children, Mike, Jack, Steve and Susan, and their children and grandchildren, were warm and welcoming, and embodied the joy and spirit of their parents, especially their mother who we all came to honor.  The trailblazing life of this remarkable woman was highlighted throughout the service.

Her son, Mike Ford, spoke of the love between his parents, and the love they showered on their family.  Mrs. Carter noted their longstanding friendship, which was forged out of the unique circumstances when President Carter defeated President Ford, and Mrs. Ford welcomed Mrs. Carter to the Carters’ new home in the White House.  Mrs. Ford and Mrs. Carter went to jointly champion the cause of health care coverage for mental illness and addiction, and Mrs. Carter hailed the progress that has been made on this important issue.  Geoffrey Mason of the Betty Ford Center spoke directly to Mrs. Ford, thanking her for saving his life and the lives of so many others who struggle with addiction.

Cokie Roberts explained that she had been assigned the task of speaking at this funeral by Mrs. Ford, and the assignment had come “with instructions,” to talk about how things got done in Washington when Republicans, Democrats and their families were friends, all in service of our country.  Cokie would not have been surprised, she said, if Mrs. Ford had not timed her passing to make sure this message was communicated this very week, when it was so timely for current events.

Everyone talked about how Betty Ford was always her own person, even at a time when women, especially women in the public eye, did not speak out – she was vocal about women’s rights, breast cancer and overcoming addiction.  This made her, as Reverend Lane Hensley said, “the grooviest First Lady.”

As someone who came of age during the Ford Administration and remembers well the example Mrs. Ford set, especially her support for the Equal Rights Amendment, it was a privilege to be able to pay respects to this remarkable woman.  It is difficult to remember now how hard it was to do the things, say the things, live out the things that she believed in and did.  By leading the way, on such a public stage, she changed our lives.  Let me join the ranks of those who remember her this week, and thank her for leadership and service to our country.