Integrating Immigrants to Strengthen the Economy

July 14, 2011 at 6:07 PM ET by Chris Lu and Christina Lagdameo
Twitter Facebook Email
Summary:
Cabinet Secretary Chris Lu and the White House Initiative on Asian Americans and Pacific Islanders met with members of the Seattle, Washington community as part of a series of New Americans - Citizenship and Integration Initiative Roundtables. These roundtable discussions provide meaningful insight into how the federal government can support local integration efforts.

Last week, we met with 25 members of the Seattle, Washington community as part of a series of New American Citizenship and Integration Initiative Roundtables.  These roundtable discussions provide meaningful insight into how the federal government can support local integration efforts.

President Obama is committed to building a 21st century immigration system to stimulate economic growth, spur job creation, and promote innovation.  To win the future, the President has committed to attracting the best and brightest from around the world to invest their talents, skills, and ideas towards growing our economy and creating American jobs. 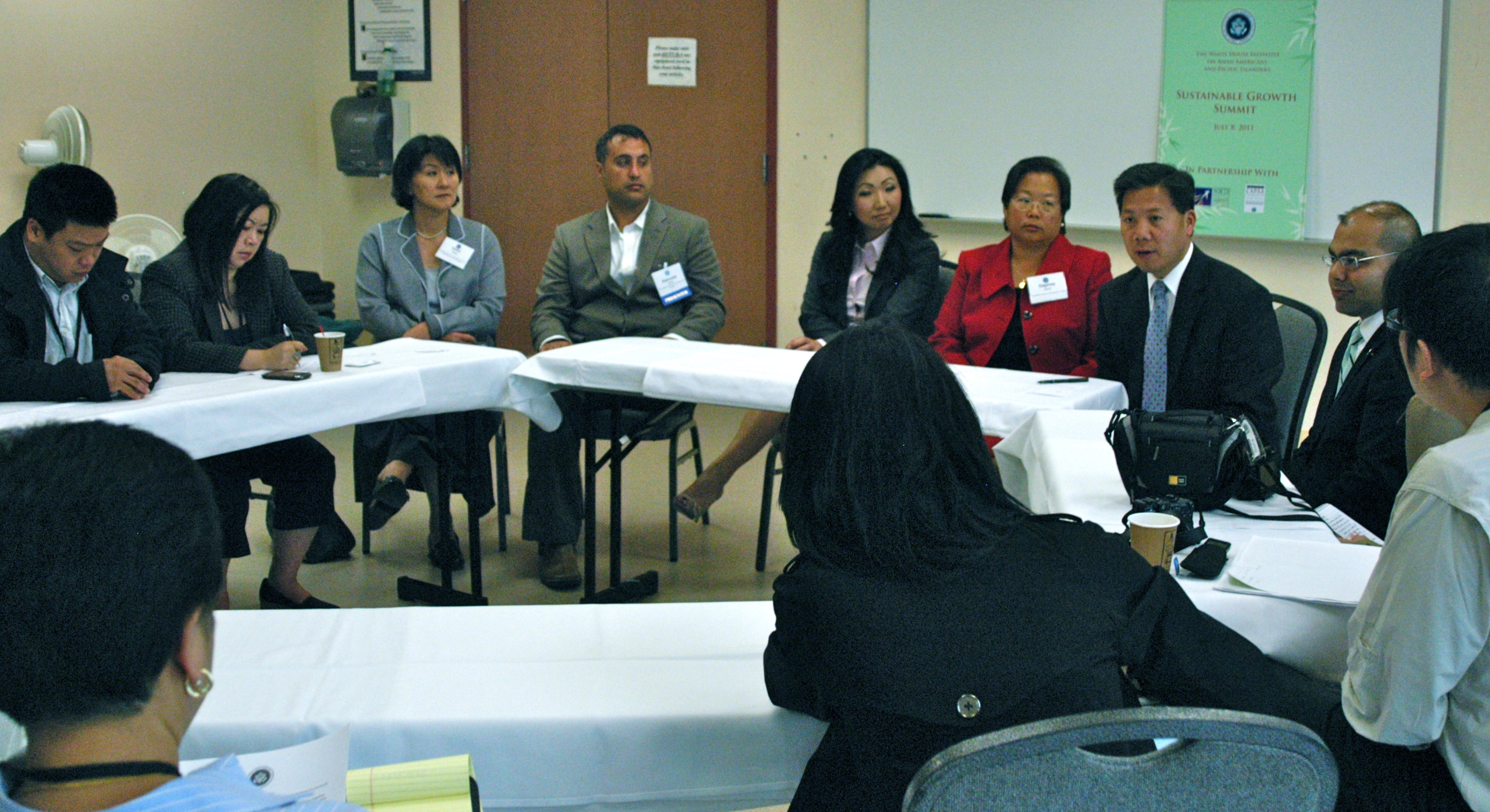 In addition to the immigration integration roundtable, Cabinet Secretary Chris Lu participated in various events with the AAPI community, such as this ethnic media roundtable with Commissioners of the President's Advisory Commission on Asian Americans and Pacific Islanders. (Photo by James Morse)

The state of Washington is much like the rest of the country with immigrants promoting entrepreneurship and innovation. According to the Small Business Administration, immigrant business owners generate $67 billion in business income, which is 12% of the U.S. total.  Around the country, immigrants have started 25% of U.S. public companies that were venture-backed—including Google, eBay, Yahoo!, Sun Microsystems, and Intel, according to the National Venture Capital Association.  Further, immigrant-founded, venture-backed public companies employ 220,000 people in the United States. These and other important facts about the positive economic impact of immigration are detailed in our White House Blueprint on 21st Century Immigration Reform.

At the Seattle roundtable, participants stressed the importance of continually providing this type of information to help address concerns about economic insecurity among receiving communities.

Diane Narasaki, the Executive Director of Asian Counseling and Referral Service and host, remarked, “In Washington alone, immigrants contributed $1.48 billion in 2007 state taxes, which accounted for 13% of all taxes paid. It is critical for Americans to understand that immigrants and refugees present a significant net economic gain, rather than drain, on our economy.”

On August 5th, the White House Initiative on Asian Americans and Pacific Islanders and the White House Initiative on Education Excellence for Hispanics will co-host a roundtable in Los Angeles, California. We look forward to meeting with the Los Angeles area community, collecting important feedback, and learning about effective local integration efforts as we did in Seattle.