July 14, 2011 at 11:00 AM ET by Tricia Kerney-Willis
Twitter Facebook Email
Summary:
The U.S. Department of the Treasury hosted a symposium to discuss economic revitalization through investment in community development financial institutions 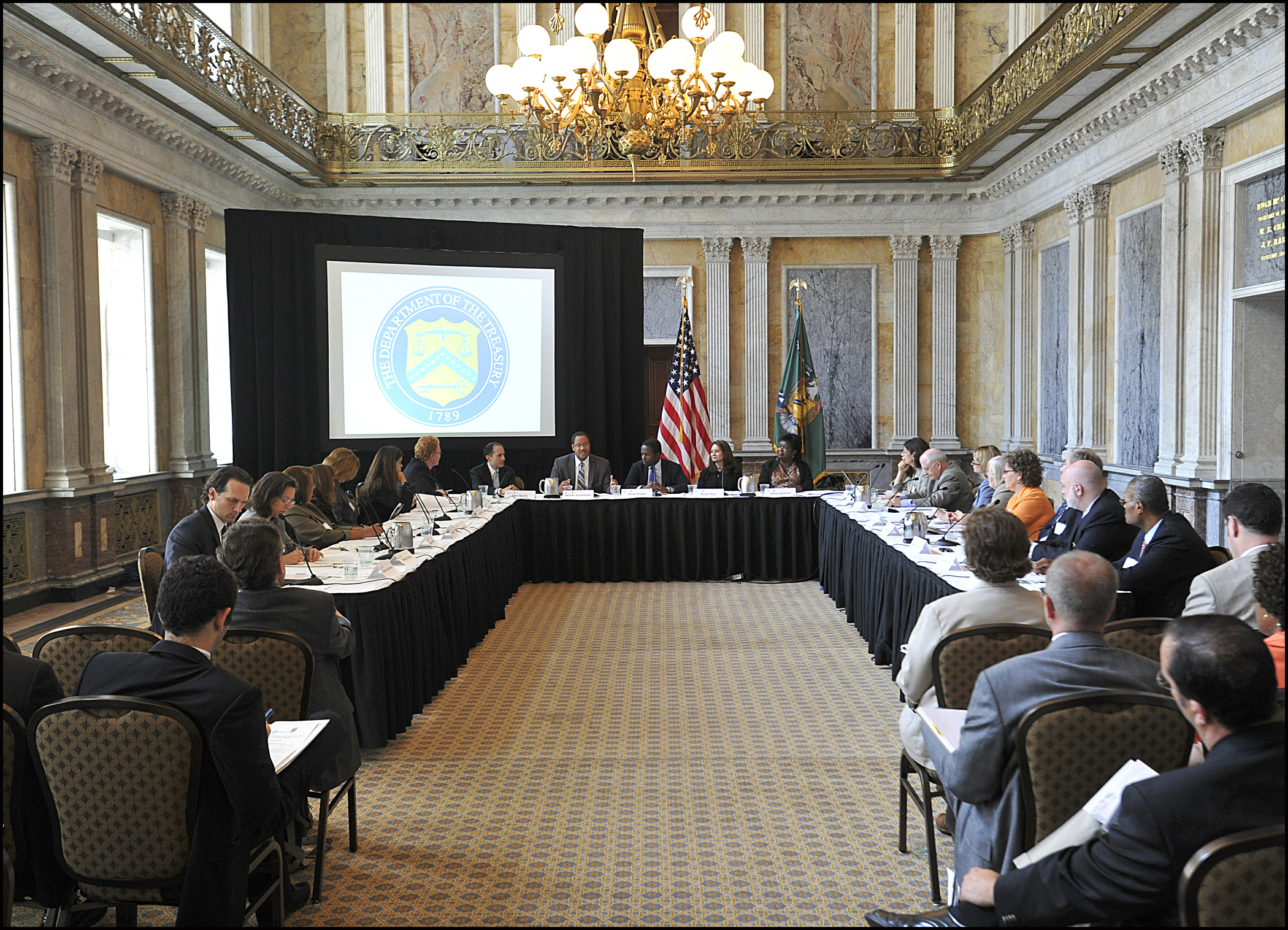 On July 7, 2011 the U.S. Department of the Treasury hosted a symposium to discuss economic revitalization through investment in community development financial institutions (CDFIs).

The event was a partnership between the Treasury’s Community Development Financial Institutions Fund and Living Cities, and the focus was on the role of CDFIs in the Living Cities Integration Initiative.

The CDFI Fund supports financial institutions that provide loans, investments, and technical assistance to underserved communities. Since its creation has awarded $1.11 billion to community development organizations and financial institutions. It has awarded allocations of New Markets Tax Credits, which will attract private-sector investments totaling $26 billion, including $1 billion of special allocation authority to be used for the recovery and redevelopment of the Gulf Opportunity Zone.

Living Cities is a collaborative of 22 of the world's largest foundations and financial institutions who are working to revitalize American cities.  The Integration Initiativewill provide $85 million in grants, below-market interest rate loans and commercial debt to spur public-private partnerships in Baltimore, MD, Cleveland, OH, Detroit, MI, Newark, NJ, and the Twin Cities region of Minneapolis and St. Paul, MN. In each community, the public, private, non-profit, and philanthropic sectors have agreed to tackle critical issues impeding access of low-income residents to education, housing, health care, transit, and jobs.

CDFIs play a pivotal role in the Integration Initiative. Living Cities' members from the financial services sector are providing the CDFIs with $55 million in commercial debt, and the Living Cities Catalyst Fund is providing an additional $16 million in below-market rate loans.