National Security and Fuels of the Future: The Importance of Sec. 526

July 15, 2011 at 12:26 PM ET by Sharon Burke
Twitter Facebook Email
Summary:
Section 526 restricts Federal Agencies from entering into contracts to buy alternative fuels that are more polluting than conventional fuels, setting an important baseline in developing the fuels we need for the future.

Earlier this week, a team from the Army's Tank Automotive Research, Development, and Engineering Command in Warren, MI parked a unique vehicle in the Pentagon courtyard. Dubbed the Fuel Efficiency Demonstrator-Alpha (FED-Alpha), the vehicle has all the capability of an up-armored M1114 Humvee, but with modifications that can improve fuel economy by 70%. 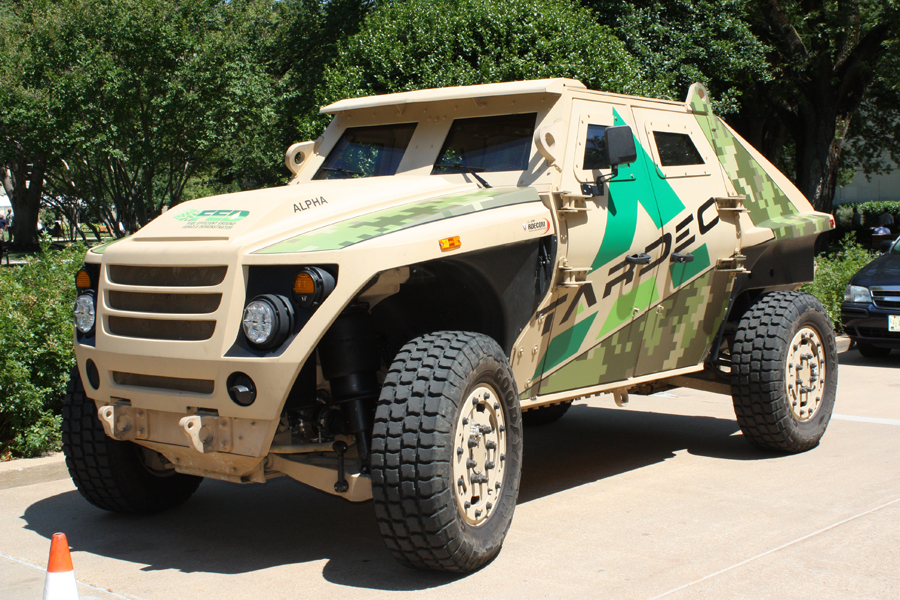 Efforts such as the FED-Alpha are important, because each gallon of gas counts in a war. Every military capability, every mission, and every warfighter needs a steady, reliable supply of energy to keep the country safe, today and in the future.

What that means today in Afghanistan is hard work and high risks for DoD's logisticians and contractors, as they travel some of the world's most dangerous and difficult terrain to move and protect the fuel warfighters need. That's why the Department of Defense is investing in efforts to use less fuel in the first place, such as the FED-Alpha. If we can cut the volume of fuel U.S. forces consume, whether on the battlefield, in ships afloat, or in the air, we can lower our risks and costs and improve our military capabilities.

To ensure our military forces will have the fuel they need for the future, the Department has to go beyond better fuel economy. Tomorrow's soldiers, sailors, airmen, and Marines are going to need a greater range of energy sources, and that's why the Department supports the goals of Section 526 of the Energy Independence and Security Act of 2007.

Today, U.S. military operations rely heavily on petroleum, with the same unpredictable and high fuel bills all Americans experience. For the Department of Defense, for example, a $1 rise in the price of a barrel of oil translates to approximately $130 million over the course of a year. And DoD personnel are well aware of the security and economic consequences of U.S. and global dependence on oil, trends that will get worse with time.

For the future, the Department is pursuing a wide variety of fuel and energy alternatives to promote and maintain a strong national defense, including solar, wind, advanced batteries and energy storage technologies, biofuels, coal-biomass-to-liquids, geothermal, waste-to-energy, and marine energy. In looking at these alternatives, the top priority is that U.S. forces have the energy they need to get the job done, but the Department also considers the second and third order effects.

As we seek energy security and independence, we don't want to trade one security challenge for another. In that regard, the 2010 Quadrennial Defense Review notes that climate change "may act as an accelerant of instability or conflict, placing a burden to respond on civilian institutions and militaries around the world." In looking at alternative fuels, we must consider climate change and other resource issues.

Section 526 restricts Federal Agencies from entering into contracts to buy alternative fuels that are more polluting than conventional fuels. The provision has not hindered the Department from purchasing the fuel we need today, worldwide, to support military missions, and that's critical.  But it also sets an important baseline in developing the fuels we need for the future.

Repeal or exemption of Section 526, as is being discussed on Capitol Hill, is at best unnecessary.  Although the Department will strive to make the right choices in any case, repeal could complicate the Department's efforts to provide better energy options to our warfighters and take advantage of the promising developments in homegrown biofuels.

The Department of Defense's recently released Operational Energy Strategy guides our efforts to improve military energy security, focusing us on energy efficiency and demand reduction, promoting a range of alternatives, and building energy considerations into our force development processes. As we improve the energy security of our armed forces, the Department hopes to make an important contribution to energy security for the whole nation.