July 16, 2011 at 9:14 AM ET by
Twitter Facebook Email
Summary:
President Obama joined millions of Americans and people around the world in taking a moment to watch the incredible liftoff of the final Space Shuttle mission last Friday, and yesterday the President connected with the 10 crewmembers currently onboard the International Space Station. 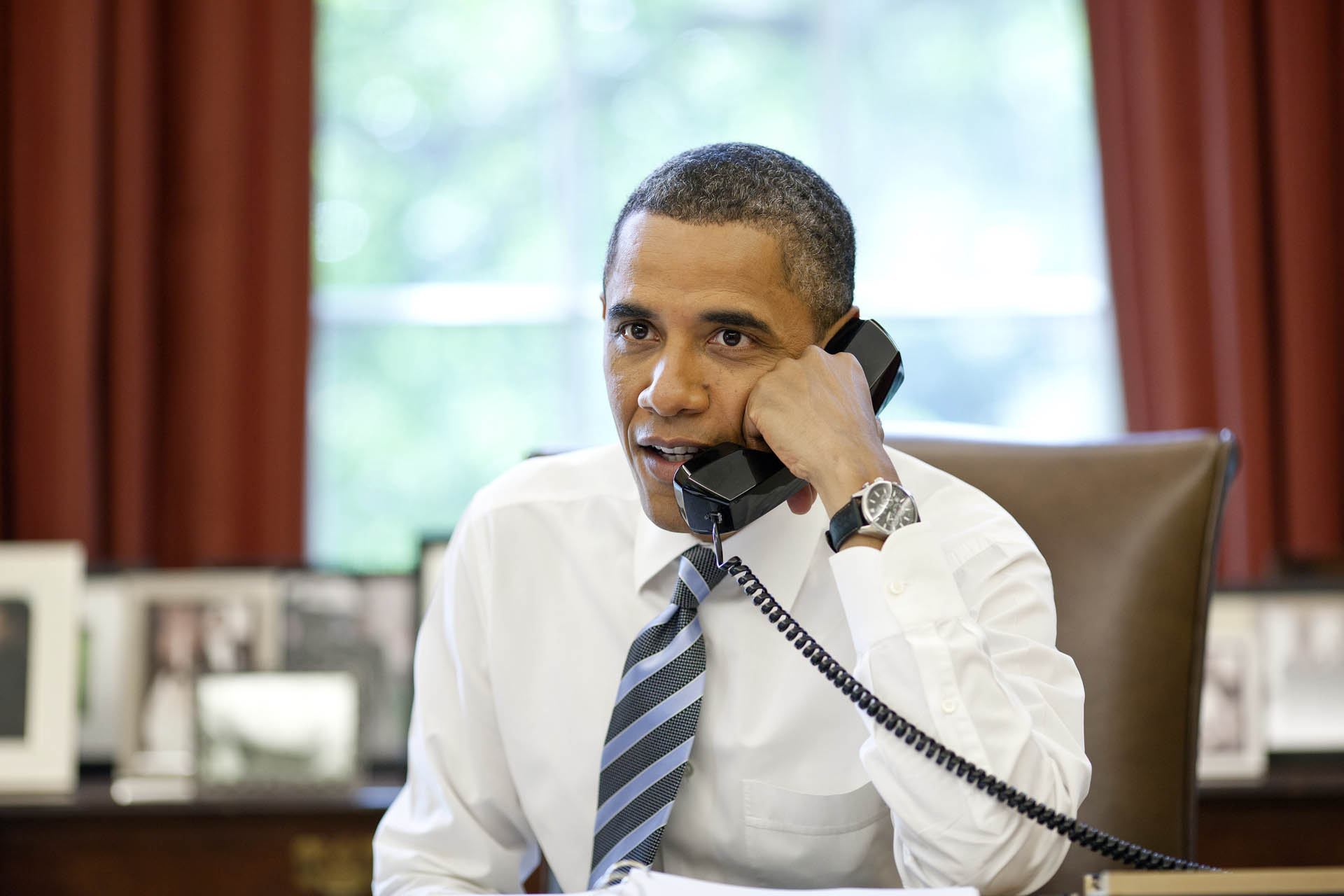 President Barack Obama talks with the crews of the Space Shuttle Atlantis and the International Space Station during a phone call in the Oval Office. July 15, 2011. (Official White House Photo by Pete Souza)

Last Friday, the Space Shuttle Atlantis embarked on the Space Shuttle program’s final mission—a mission to the International Space Station (ISS) to deliver one year of supplies and a new technology demonstration project.  President Obama joined millions of Americans and people around the world in taking a moment to watch the incredible liftoff. Yesterday, President Obama gave the ISS a call—you can watch the full video below:

Watch the President speak with the International Space Station here.

In its 135 flights, the Space Shuttle has been part of some extraordinary work in Low Earth Orbit, including building the ISS, carrying the Hubble Space Telescope to orbit and repairing and updating it five times, and launching an interstellar probe and other robotic spacecraft and satellites.

The President is truly inspired by our Nation’s space program, and he was able to connect with the 10 Atlantis and ISS crewmembers currently onboard the ISS in order to personally recognize the contributions of Atlantis, her crew of four brave astronauts, and the thousands of dedicated workers that are part of the Space Shuttle family.

The final flight of the Space Shuttle will propel America into a new era of adventure, pushing the frontiers of exploration and discovery in space.  The President wants NASA to capitalize on America’s entrepreneurial energies to drive a competition to reach Low Earth Orbit and the space station, all while tasking the men and women of NASA with an ambitious new mission: to break new boundaries in space exploration, ultimately sending Americans to Mars.

Again, congratulations to NASA and all of the personnel past and present who have dedicated their lives to making the Space Shuttle a timeless piece of America’s history in space.  Godspeed to the crew of Atlantis as they return home next week.