A Big Week for the New Consumer Agency 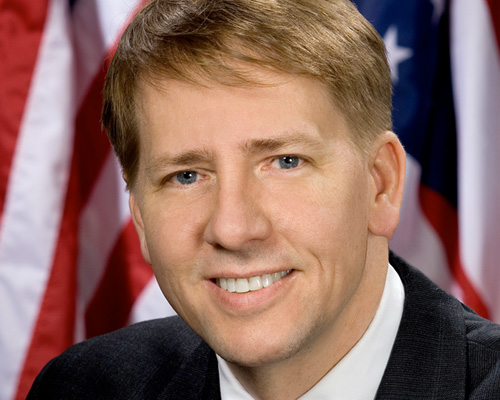 This is a big week for the Consumer Financial Protection Bureau (CFPB). Today, the President will announce his intent to nominate Richard Cordray to serve as the first Director of the Consumer Financial Protection Bureau. On Thursday, the CFPB makes its transition from a start-up to a real, live agency with the authority to write rules and to supervise the activities of America's largest banks.

Rich will be a strong leader for this agency. He has a proven track record of fighting for families during his time as head of the CFPB enforcement division, as Attorney General of Ohio, and throughout his career. He was one of the first senior executives I recruited for the agency, and his hard work and deep commitment make it clear he can make many important contributions in leading it. Rich is smart, he is tough, and he will make a stellar Director. I am very pleased for him and very pleased for the CFPB.

The DNA of the new consumer agency is well established. Our mission is clear: No one should be tricked in any financial transaction. Prices and risks should be clear. People should be able to make apples-to-apples comparisons. Fine print should be mowed down, not used to hide nasty surprises. And, everyone -- even trillion dollar banks -- should follow the law.

We're underway. We are working through a much-simplified mortgage disclosure form. We are designing a new consumer complaint process, with the first piece coming on line this week. We have set up a strong Office of Servicemember Affairs that reaches out to military families and is already working on problems they face. And, on Thursday, we will have cops on the beat -- making our first contacts with the 111 largest financial institutions in the country so we can monitor their compliance with the law. We have hired the people and built the systems to make all this work. And, to cap it all off, we got a strong evaluation from the Inspector General last Friday about our efficient and drama-free set up period.

There's lots of good news, but make no mistake: this agency still has enemies in Washington, D.C. And they have a plan.

In May, forty-four Republican Senators wrote a letter saying that they will block anyone from serving as CFPB Director. Many of them don't like the agency or the ideas that led to its creation. They lost that fight last summer in a straight-up vote, but they say they will use a filibuster over a Director nomination to undercut the agency. Without a Director, however, the agency's authority over payday lenders, debt collectors and other non-bank financial companies can be challenged. The Republicans say that they will permit a Director only if the agency is amended to make it less independent and less likely to act.

I remain hopeful that those who want to cripple this consumer bureau will think again and remember that the financial crisis -- and the recession and job losses that it sparked -- began one lousy mortgage at a time. I also hope that when those Senators next go home, they ask their constituents how they feel about fine print, about signing contracts with terms that are incomprehensible, and about learning the true costs of a financial transaction only later when fees are piled on or interest rates are reset. I hope they will ask the people in their districts if they are opposed to an agency that is working to make prices clear or if they think budgets should be cut for an agency that is trying to make sure that trillion-dollar banks follow the law. I hope they will ask their constituents if they are opposed to the confirmation of someone who saved $2 billion for retirees, investors, and business owners as Ohio Attorney General and who has worked hard on the front lines fighting against fraudulent foreclosures and abusive lending practices.

This week is the culmination of two years of hard battles. The President put the consumer agency in his first outline of financial regulatory reform, and he never wavered in his support for it. The agency was declared dead several times, and weak versions and lousy bargains were offered again and again, but he stood fast. When he signed Dodd-Frank into law, creating the new agency, he offered me the chance to stand it up -- something for which I will always be grateful. The fights continued, and again, the President never wavered in his support. In fact, just last week he issued a veto threat if the Republicans try to move the agency's funding to the political process, and I know that in the future he won't allow opponents of reform to succeed in weakening the CFPB.

The agency has stepped out in the right direction. The work is good. But this agency needs to have its full powers right now, and that means we need Rich in place as Director. Today, I'm celebrating -- but I'm not taking my eye off those who want to cripple this agency. We got this agency by fighting, we stood it up by fighting, and, if takes more fighting to keep it strong and independent, then we can do it.

Former Assistant to the President