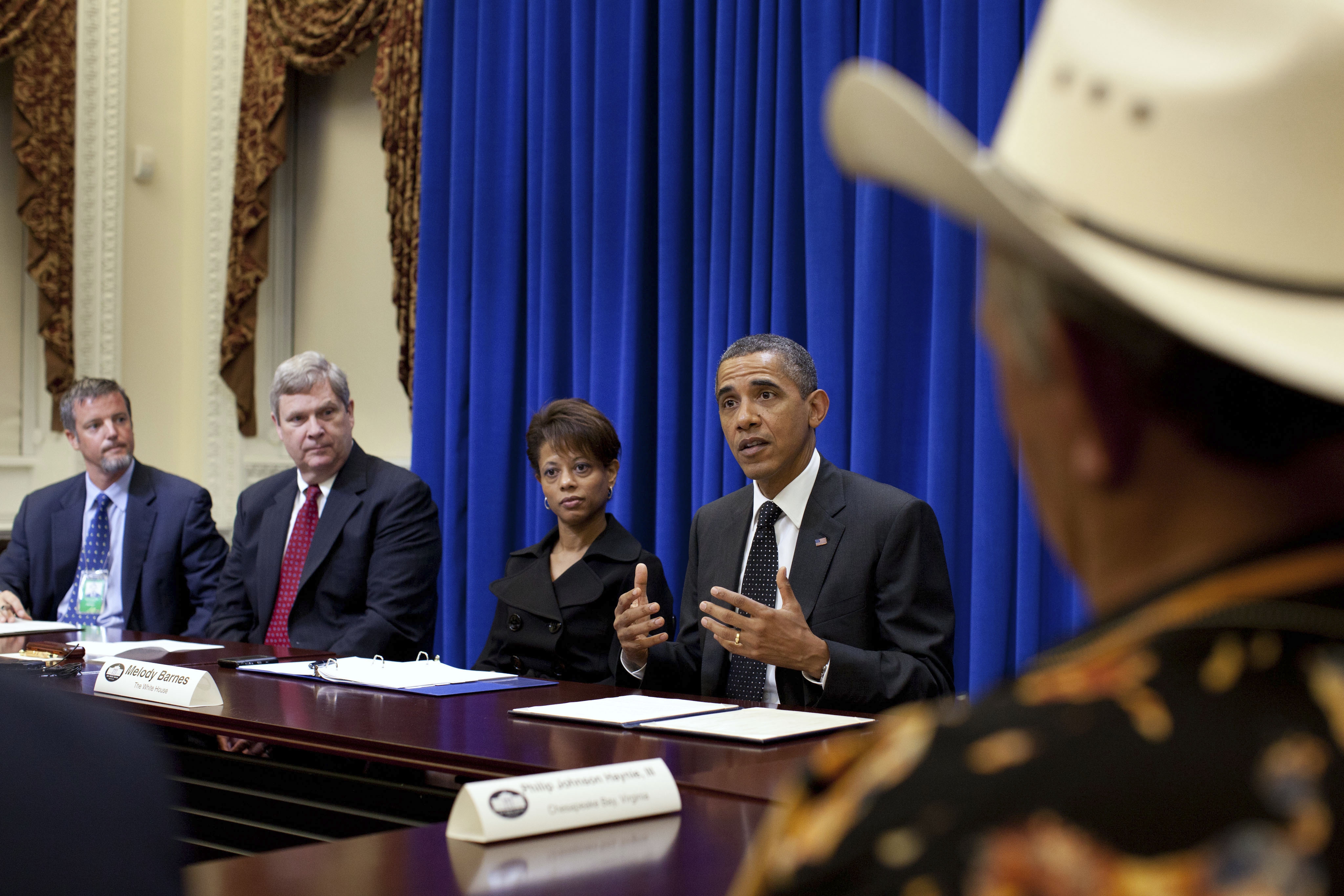 One of the most gratifying aspects of working in the White House is that you never know who you might see on a daily basis. A wonderful and diverse cadre of Americans pass through for meetings and events, including renowned scientists, members of the U.S. Armed Forces, and occasionally even entertainment celebrities. Often, these visitors represent the most talented leaders in their respective fields.

With this in mind, I was particularly pleased to recently participate in a Champions of Change roundtable with eighteen Rural Americans, representing the spectrum of excellence in Rural America. The group included farmers, ranchers, local educators, small business owners, and folks who are improving their communities through innovative actions. These rural champions represent the best of the best in their respective fields.

We were honored to be joined by President Obama, who shared his vision for economic growth and development in rural areas. The President highlighted the importance of exports in agricultural areas, and the critical nature of transportation issues. He emphasized the need for high-speed internet access and stated that rural areas should expect to have opportunities equivalent to those in other areas of the nation. The President also discussed the importance of identifying rural Americans’ success stories and sharing that knowledge across the country.

And that was precisely what the Rural Champions roundtable was all about. Learning about the innovation that’s led to success in rural America. I was pleased to hear from a couple from Georgia who are using their family farm to develop alternative energy sources and contributing to their local economy. Similarly, I was inspired to learn about an Illinois project dedicated to assisting female farmers improve their operations and become more profitable. And I learned from a Texan about local efforts to grow local talent and a high-skilled labor pool. Everyone enjoyed the rich conversation and the opportunity to exchange ideas about innovation and economic diversification. It was also a moment to experience the camaraderie of the group as everyone enjoyed several laughs with President Obama, including a conversation about the best technique for roasting marshmallows!

Our Champions for Change roundtable reminded me that across our country Americans are contributing to their communities, building local capacity and strengthening the fabric of our nation. Rural Americans may not see themselves as champions, but they represent the kind of innovation and extraordinary achievement that make the United States great.

If you visit a farm machinery dealership anywhere in the country and ask for a “Champion,” you would likely be given a spark plug. As I sat with our 18 Rural Champions for Change, I saw the talent, energy and “can-do” spirit that serve as a daily spark for America.

Melody Barnes is the Director of the White House Domestic Policy Council.