July 19, 2011 at 11:36 AM ET by Ari Matusiak
Twitter Facebook Email
Summary:
Since founding Echogen Power Systems LLC, CEO Philip Brennan has received over $22 million in equity and grants, enabling the Akron, OH based company to double its staff size capacity and further develop its technology.

If you ever get the chance to meet Irish-born entrepreneur, Philip Brennan, he’ll be quick to tell you, “Depending on who you believe in my family, I’m a fourth or fifth generation entrepreneur. I’ve worked for big corporations for many years and was tired of trying to turn the aircraft carrier in another direction. It is more fun sailing our hydrofoil sailboat, allowing the team to move quicker and respond faster to the changing conditions.” This is a simple way to describe his career and his current venture as a co-founder and the CEO of Echogen Power Systems LLC based in Akron, OH.

In 1992, at the age of 22, Mr. Brennan began charting his course by becoming the youngest recipient of Georgetown University’s Graduate Fellowship for the Masters in Business Administration. Over the next 20 years after graduation, Phil held various senior and executive management positions in operations, finance, manufacturing, sales and general management for Fortune 100 companies such as Pfizer, Warner Lambert, and Rubbermaid. In those roles, he led and managed a variety of businesses of greater than $200 million in sales where he conceived, developed, and launched over 100 new products.  Since then he has helped to raise angel financing and prepare a number of new companies for the next stage of venture funding. 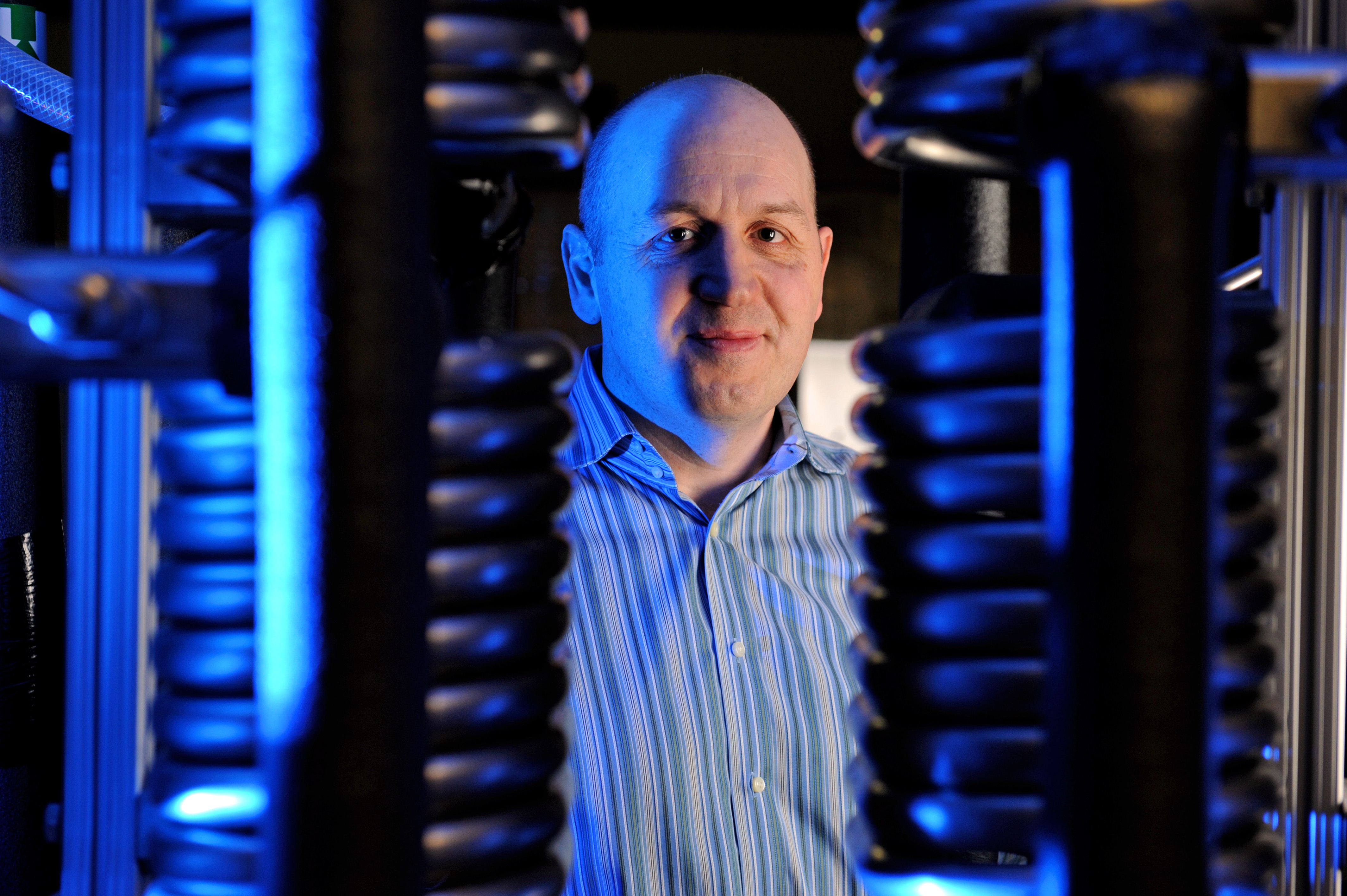 Founded in 2007, Echogen Power Systems describes itself as energy’s scrap metal dealer.  The company is developing and commercializing an innovative power generation technology that transforms waste industrial heat directly into clean, emission-free electricity. According to Brennan, “The ‘Echo’ plays off the environmental stewardship in our technology while reinforcing that the power produced is essentially energy repeated. The ‘gen’ simply stands for the generation of power.” Using supercritical carbon dioxide as the system working fluid, Echogen’s patent-pending thermal engines convert industrial waste heat into electricity, reducing the demand that energy-intensive manfacturers and large power consumers currently place on the grid. The Echogen Thermafficient® System is a lower cost solution compared to traditional power generation technologies such as steam turbines. It allows paybacks significantly below the 3-year threshold for competing products due to the smaller physical size and associated lower component costs, coupled with the broader operating range and efficiencies.

Mr. Brennan wanted to establish his company in Akron  because of the entrepreneurial support shown by economic development organizations in the region, the leadership shown by the City of Akron, and the Ohio Department of Development. "From the support we've received from organizations such as the Akron Global Business Accelerator and JumpStart, to the direct funds we were awarded from the Research Commercialization Program, the Ohio Third Frontier has accelerated the Company’s development. This support can often make the difference between success and failure for a new enterprise," according to Brennan.

The early success of Echogen can be attributed to the talented, hardworking team and the support that comes from grant-based investments. Echogen has received over $22 million in equity and grants;  a $4.3 million grant was provided by the State of Ohio Third Frontier Program and another one from the Department of Defense Navy Small Business Innovation Research Program. Echogen also received two grants from JumpStart Ventures in Cleveland, Ohio  and was issued a four-year job creation tax credit by the Ohio Tax Credit Authority. This funding has enabled Echogen to double their staff size capacity and further develop their technology. Currently, Echogen is comprised of twenty-three employees and ten student interns. They have plans to double the number of people again within the next year. Echogen is a good example  of how an emerging technology can successfully capitalize on a region’s existing industrial strength, as many of its customers and potential labor force are resident in Ohio and the neighboring States.

“While we are a for-profit corporation, we are also looking to help improve the community and the country by making us less reliant on foreign resources and more committed to stewardship,
by making better use of the energy resources we have.”  There is no cleaner energy source than the heat found in a smoke stack, according to the DOE. By salvaging this waste heat and transforming it into electricity, up to 20% of the nation’s projected energy needs can be met.  Now that’s a reason to love the scrap metal dealers.