Investing in the Jobs of Tomorrow

Cross-posted with The GSA Blog

GSA has invested in solar power technology to cut operating costs at federal buildings across the country, but what makes the Bean Center’s solar array special is its sheer size with over 6,000 panels, as well as the building’s solar test lab.  The lab will test how four different solar technologies perform under diverse Midwestern weather conditions.  The rooftop installation created over 100 high paying green collar jobs, and the data collected at the test lab will be widely shared to foster continued growth in the solar industry. 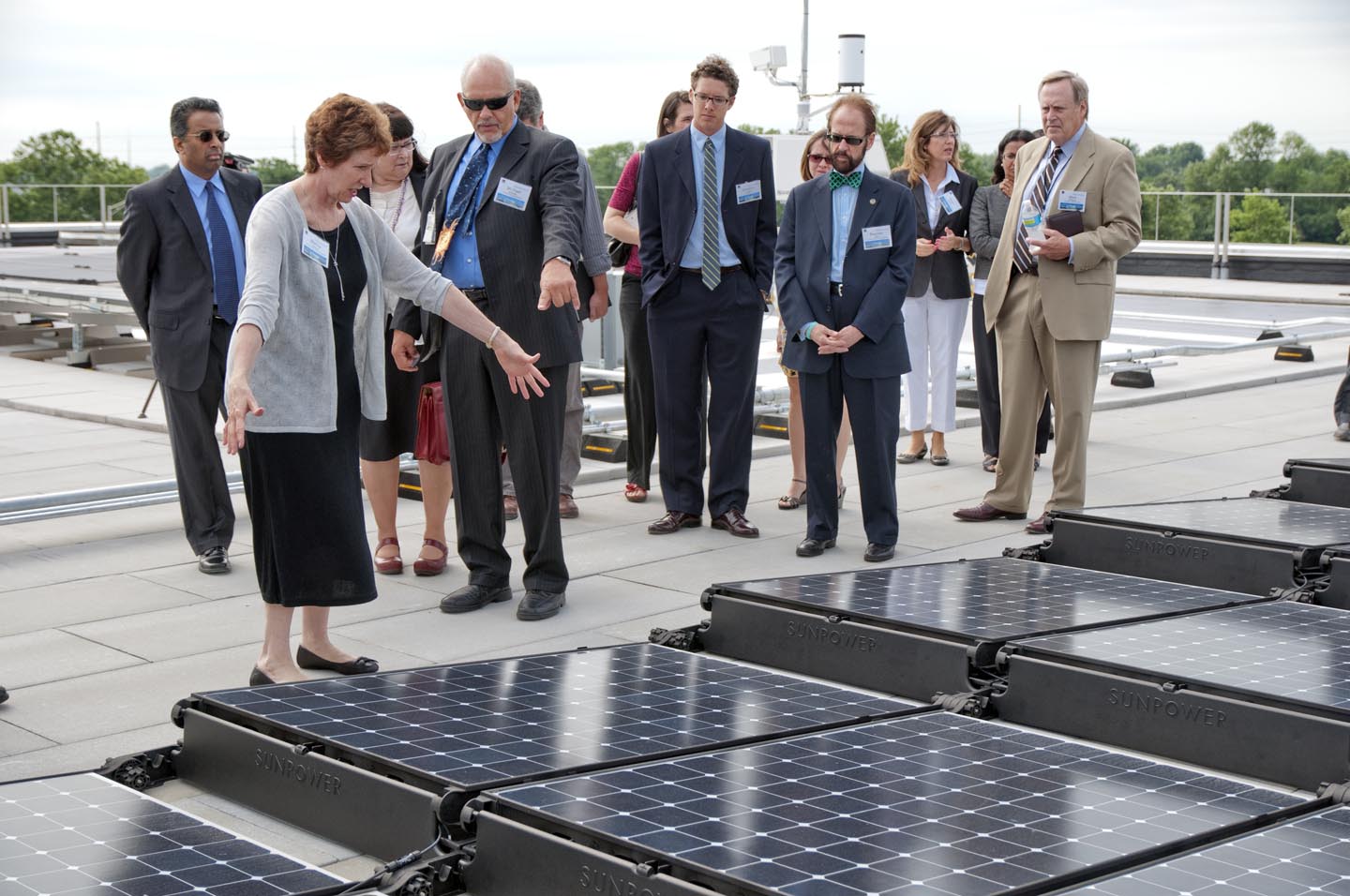 After touring the rooftop array, I joined area representatives from business, academia and government to discuss the potential for solar power in the Midwest.  Across the region, solar panel manufacturers are setting up shop and use of the technology is expanding.  We discussed promising local solar panel projects that are on the horizon.

I also visited Ball State University to see how bringing sustainable technologies to scale can bolster local economies and create jobs.  The university is in the final stages of completing the nation’s largest geothermal installation, and the project is slated to create 2,300 jobs and save the school nearly $2 million annually.  GSA is also using geothermal technology in its federal buildings. Presently, we have two operating geothermal projects and an additional 10 in various stages of completion.  Meeting with Ball State allowed us to share lessons learned and thoughts on how to enable other organizations to take advantage of what geothermal has to offer. 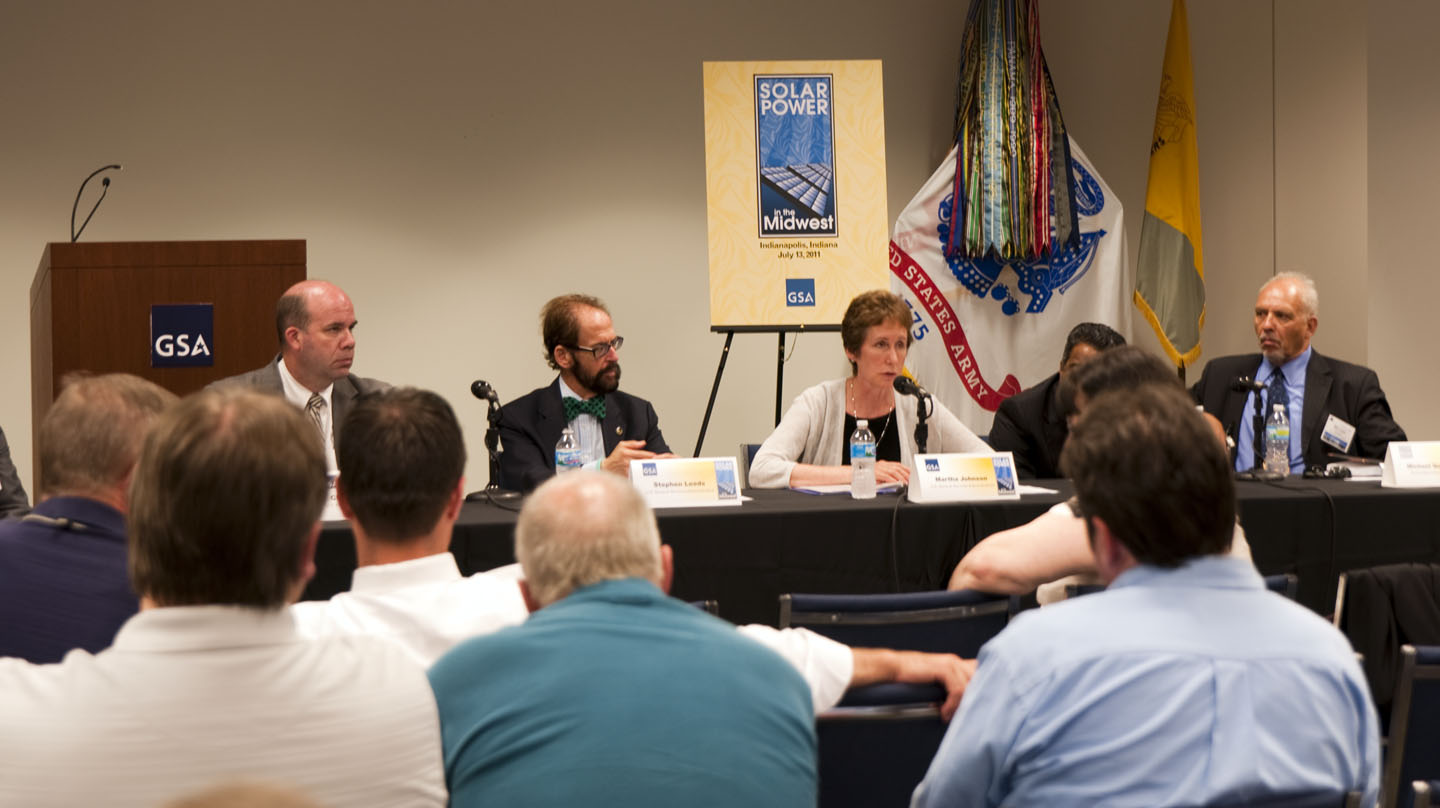 GSA Administrator Martha N. Johnson touts the use of solar in the Midwest as a source of clean energy and green jobs to area representatives from business, academia, and government. (Photo by the General Services Administration)

During this visit, I met with three geothermal well drillers working on the Ball State project.  Before the Ball State geothermal project, they each owned family businesses drilling wells.  As the economy stalled, they were faced with the real possibility of going out of business. Instead of accepting the seemingly inevitable, they joined forces, altered their business model and learned new skills to drill for geothermal.  They credit this transition with not only keeping their businesses afloat, but also positioning them to have their best year yet.

These projects in Indiana are great examples of how clean energy technology is providing new opportunities for our businesses to create cutting-edge jobs that will continue to grow in the coming years. In developing clean and renewable energy we are laying the foundation for remarkable economic growth and investing in the nation’s future.