July 22, 2011 at 2:24 PM ET by Colleen Curtis
Twitter Facebook Email
Summary:
President Obama told a group of students that defaulting is not an option: The United States of America does not run out without paying the tab.

President Obama told a town hall meeting today at the University of Maryland that he won’t be satisfied “until every American who wants a job can find one, and until workers are getting paychecks that actually pay the bills, until families don’t have to choose between buying groceries and buying medicine, between sending their kids to college and being able to retire in some dignity and some respect. “

Addressing the ongoing deficit negotiations, he told the crowd of students, parents and teachers “this is actually a debate about you and everybody else in America and the choices that we face.” 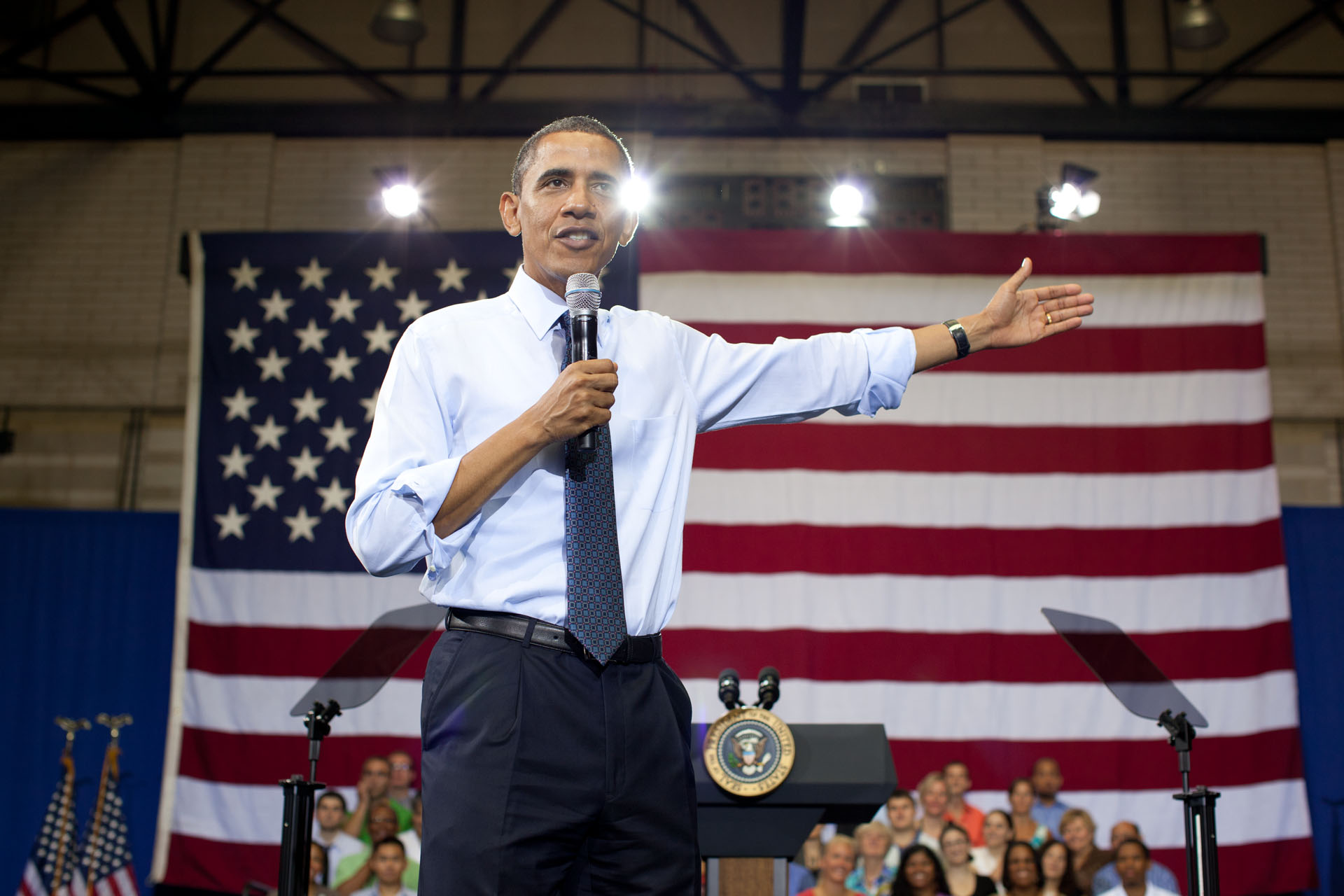 President Barack Obama takes questions during a town hall on the on-going efforts to find a balanced approach to deficit reduction at Ritchie Coliseum Arena on the campus of the University of Maryland in College Park, Md., July 22, 2011. (Official White House Photo by Pete Souza)

The President called for a bipartisan solution.  “Neither party is blameless for the decisions that led to this problem, but both parties have a responsibility to solve it.  If we don’t solve it, every American will suffer.  Businesses will be less likely to invest and hire in America.  Interest rates will rise for people who need money to buy a home or a car, or go to college.  We won’t have enough money to invest in things like education and clean energy, or protect important programs like Medicare, because we’ll be paying more and more interest on this national debt and that money just flows overseas instead of being spent here on the things that we need.”

He believes we can solve this problem. "I’m willing to sign a plan that includes tough choices I would not normally make, and there are a lot of Democrats and Republicans in Congress who I believe are willing to do the same thing. "

He stressed that defaulting is not an option. “The United States of America does not run out without paying the tab. We pay our bills. We meet our obligations. We have never defaulted on our debt.  We’re not going to do it now. ”