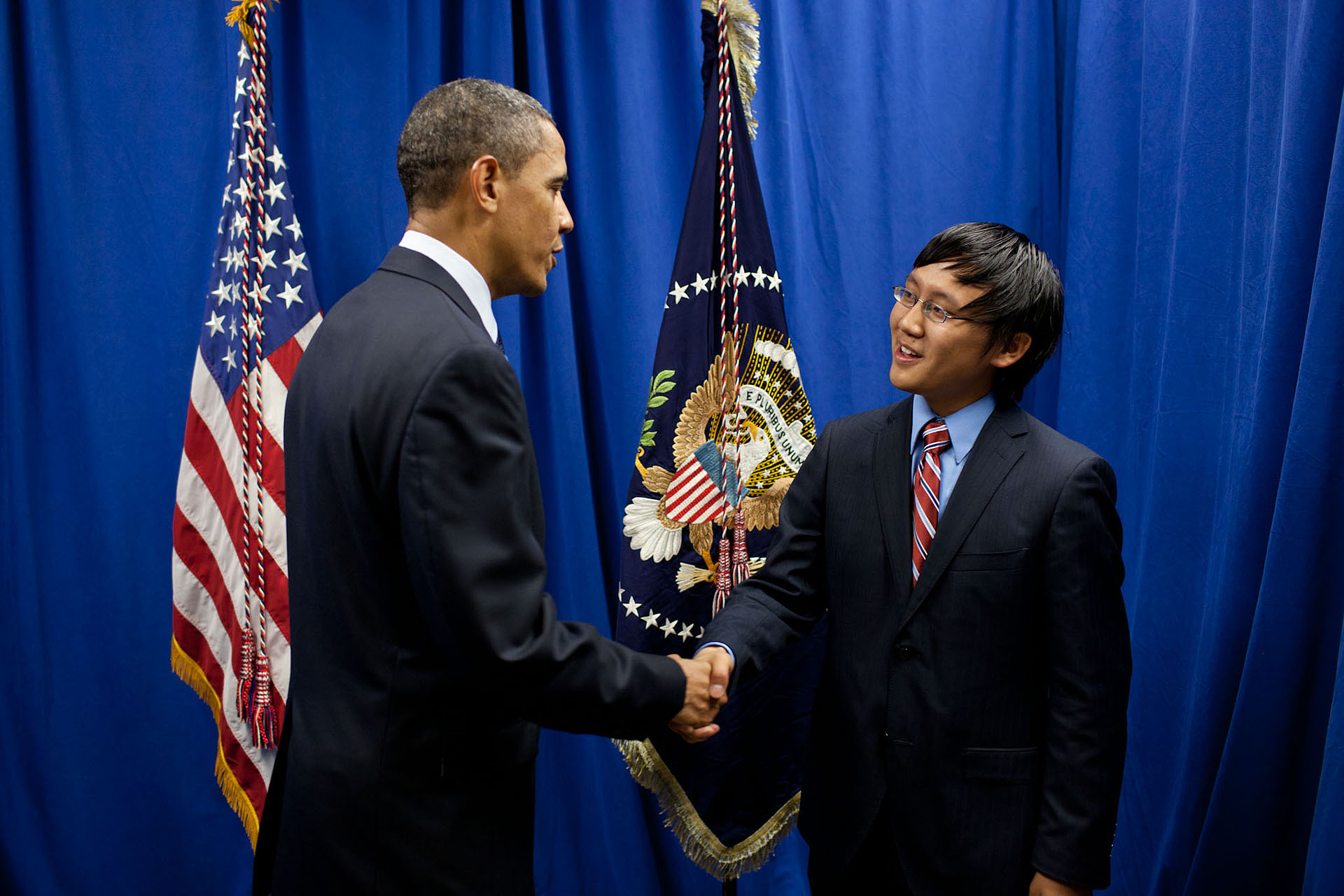 Watch the President meet with the Student Body President of UMD here.

This morning President Obama held a town hall at the University of Maryland. Before taking the stage, he briefly met with Kaiyi Xie, the Student Body President of UMD, and one of 120 college and university student body presidents who signed a joint letter to President Obama, Speaker Boehner, Leader Reid, Leader McConnell, and Leader Pelosi, regarding the debt ceiling. Read the letter below:

View more documents from White House.
After President Obama read the letter (which asked for a bipartisan, rational approach to the dire challenges of defaulting on our debt), he met with Mr. Xie to thank him on behalf of all 120- signees from 40 states, representing 1.8 million students, for such an eloquent statement.

Here are some excerpts from the town hall, in the President’s own words:

Now, here’s the thing, though -- and this is what the argument is about -- we can’t just close our deficit with spending cuts alone, because if we take that route it means that seniors would have to pay a lot more for Medicare, or students would have to pay a lot more for student loans. So if we only did it with cuts, if we did not get any revenue to help close this gap between how much money is coming in and how much money is going out, then a lot of ordinary people would be hurt and the country as a whole would be hurt.  And that doesn’t make any sense.  It’s not fair.

And it’s why I’ve said if we’re going to reduce our deficit, then the wealthiest Americans and the biggest corporations should do their part as well.  Before we stop funding clean energy research, let’s ask oil companies and corporate jet owners to give up the tax breaks that other companies don’t get.  I mean, these are special tax breaks.  Before we ask college students to pay more for their education, let’s ask hedge fund managers to stop paying taxes that are lower on their rates than their secretaries.