July 24, 2011 at 9:32 AM ET by Dr Laura D'Andrea Tyson
Twitter Facebook Email
Summary:
A gathering of mayors from around the country discussed job creation in local communities, with a focus on what’s working -- and what isn't 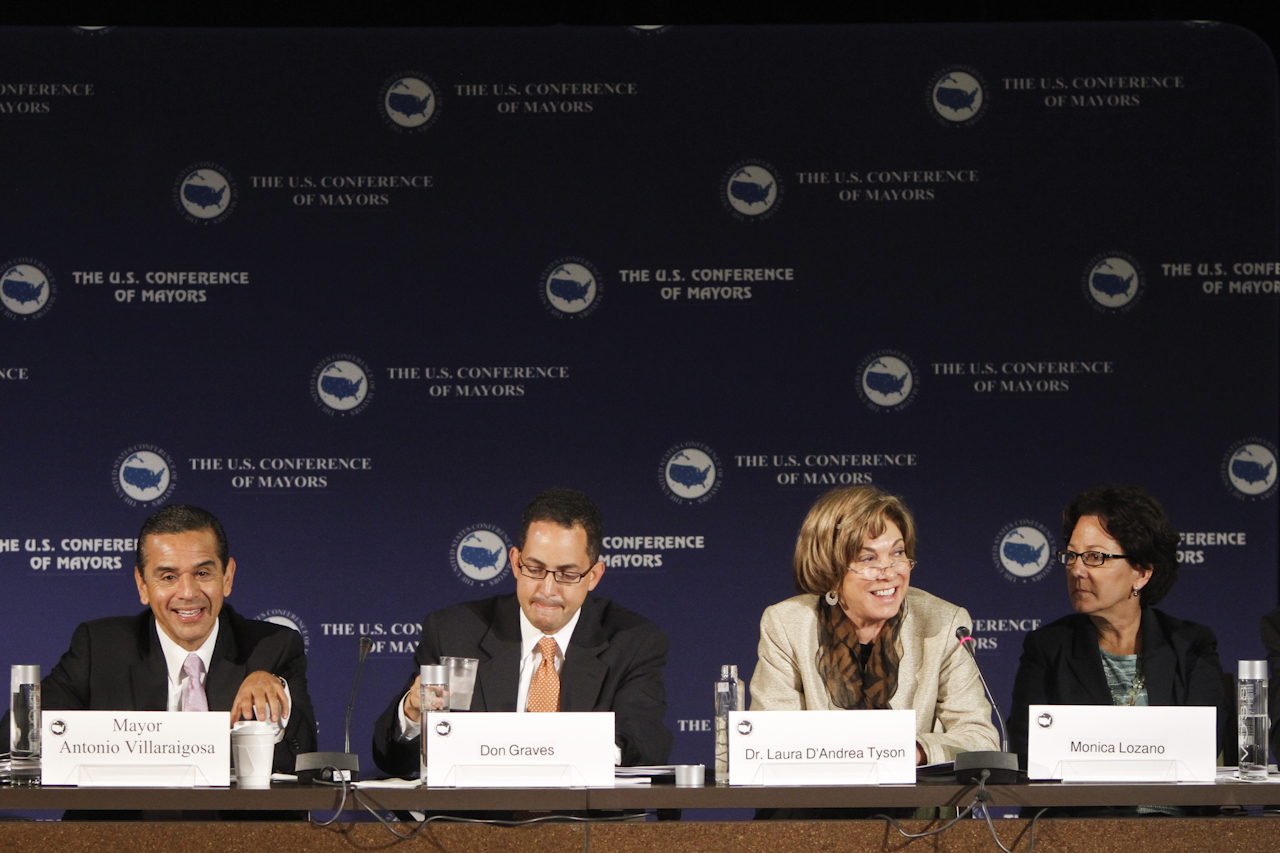 I joined Monica Lozano, CEO of impreMedia and a fellow Jobs Council Member, and Executive Director of the Jobs Council Don Graves yesterday in Los Angeles to meet with mayors from across the country to discuss job creation in their local communities and get feedback from them on what’s working and what’s not.

We had a frank and productive discussion about some of the things that the private sector and government can do right now to help stimulate job creation – ranging from investment in infrastructure, to improving workforce training to meet the skill requirements of local industries, to retrofitting commercial buildings to increase energy efficiency. We talked about the value of public-private partnerships and about how Mayors can use their convening power to bring businesses, workers, and other community leaders together to spur action in these vital areas.

Job creation through energy efficiency is one of the key priorities of the Jobs Council. That's why the Council is focusing on taking critical steps on the Better Buildings Initiative, a program that can create jobs in both the short term and the long term.

Building retrofitting through BBI can put construction workers and contractors to work now, and it can create manufacturing jobs in the near future as the production of energy-efficient products at US manufacturing facilities increases.

In fact, a recent report from the University of Massachusetts found that the Better Buildings Initiative could create more than 114, 000 jobs.

Last month we were excited to announce the first round of partners committing to the Better Buildings Challenge, a key part of the Better Buildings Initiative.  It was fitting that today’s meeting was in Los Angeles which was one of the first three municipal partners, along with Atlanta and Seattle, to join the Challenge and commit to enroll buildings, facilities and financing.

The Better Buildings Initiative is just one idea of many on which the Jobs Council is working to catalyze actions by the private and public sectors to create jobs and strengthen US competitiveness. Today, we heard a lot of good ideas from Mayors across the country.  Monica and I will be taking those ideas back to the Jobs Council and potentially to the President at our next full Council meeting with him in the fall.