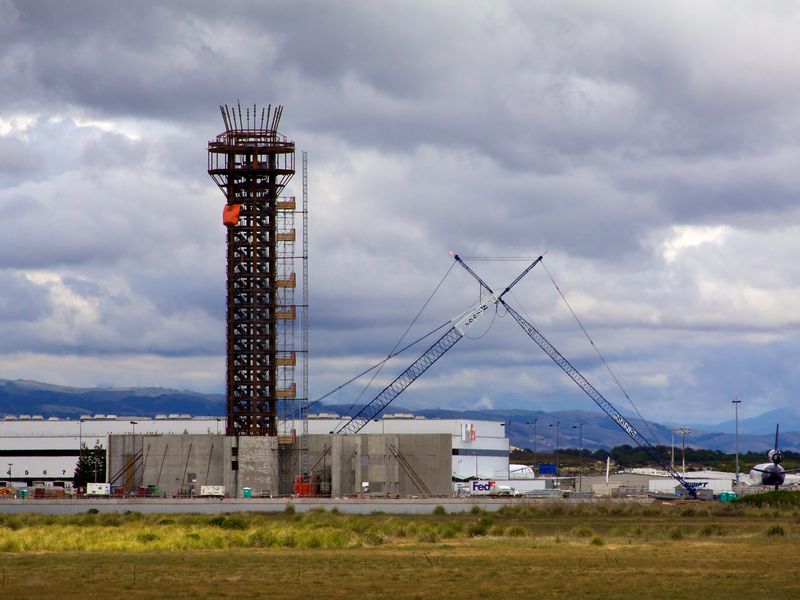 Because Congress failed to pass legislation giving the Federal Aviation Administration the necessary operating authority, FAA employees have been furloughed, construction workers have been sent home from their jobs, and communities are being hurt.

Dozens of stop work orders have been issued for construction on major projects to build and modernize air traffic control towers and other airport and aviation infrastructure across the country.

Already this morning, Paul Scariano, Inc., the contractor on a tower demolition project at La Guardia Airport, had to turn away 40 workers. "It wasn't easy telling them we've been shut down because of a fiscal situation in Washington," said supervisor Lucca Toscano.  "Some of these guys just got back to work after a long time, and their benefits have all expired.  So for them this is like running into a brick wall, and they're asking me, 'How do we explain this to our families?'  I don't know what to say to them."

In the meantime, Toscano says, his company still has to pay for the equipment they've leased.  "That's just money out the window," he says.  "Then there's the scaffolding we've already built and everything that is around the site; we can't protect any of it."

In Gulfport, Mississippi, a community still trying to rebound from the devastation of Hurricane Katrina, work has been halted on the Gulfport-Biloxi International Airport's new air traffic control tower.  Construction workers, so happy to be on the job, were turned away this morning.

From Florida to Alaska and Maine to California, stop work orders are taking their toll on construction workers as well as our ability to add capacity to the nation's aviation system.  Stopping this work does not save taxpayers money; rather, as Lucca Toscano made clear, it will add to the costs of these projects.

As FAA Administrator Randy Babbitt said, "The list goes on and on. We have 130 people in California who were building towers and were told not to come to work today, and this is just the beginning.  If Congress does not act quickly, more work on critical projects will come to a halt."

In fact, we were just about to award contracts for needed new control towers in Cleveland and Fort Lauderdale.  And $2.5 billion for airport construction projects in all 50 states that could put thousands of people to work in good paying jobs now will not go out the door until Congress gets its act together.

And, while we ought to be worried about delaying the progress of our work to upgrade America's aviation system, we ought to be even more concerned about the American families who will suffer because Congress can't work this out.  Tens of thousands of middle-class households will see paychecks stop while their mortgages are still due and their children still need to be fed.

I said it on Friday, and I'll say it again: This is no way to operate the best aviation system in the world.

Congress needs to come back to Washington and pass an FAA bill.