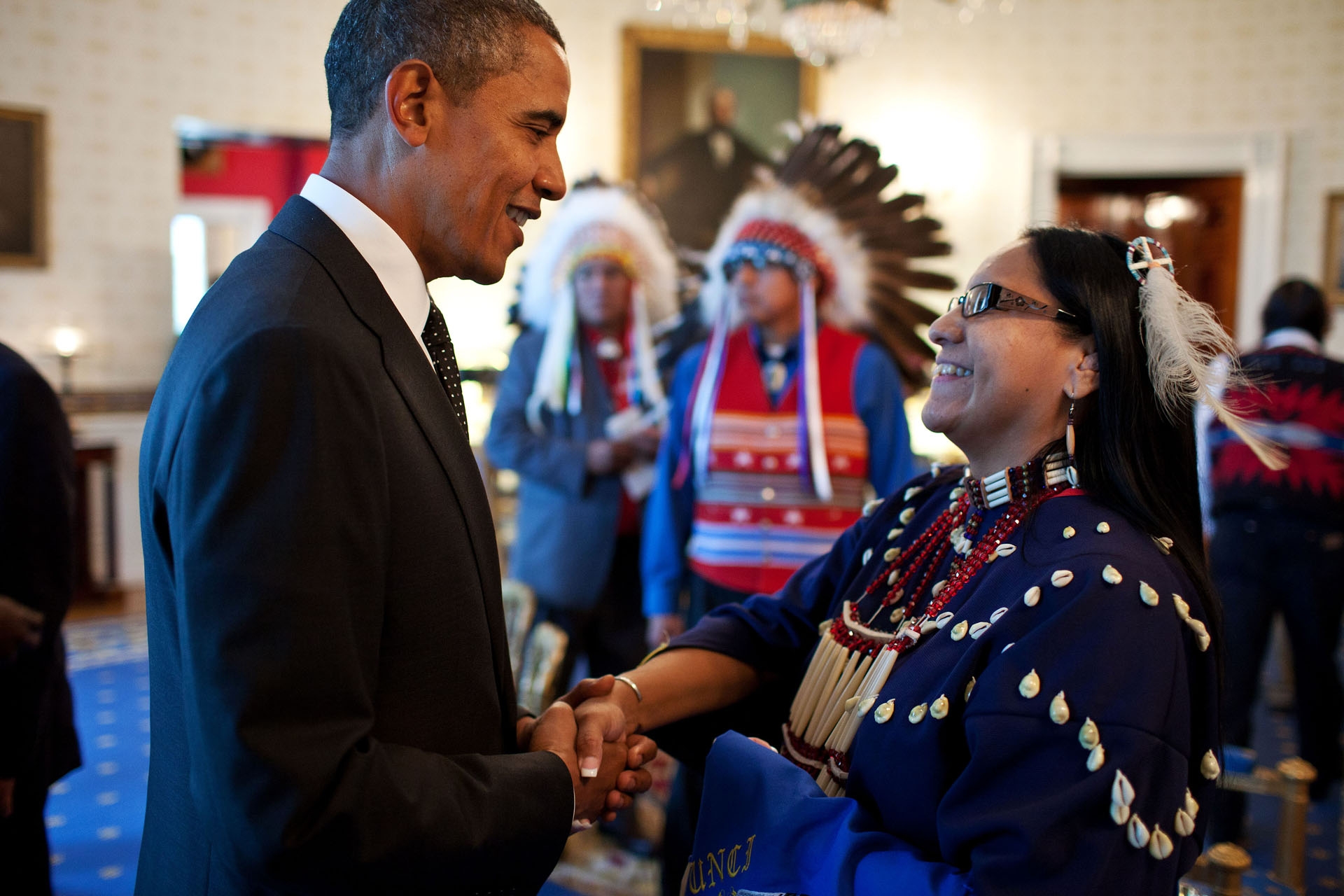 This week marks the one-year anniversary of the enactment of the Tribal Law and Order Act (TLOA), a comprehensive law that is improving the federal government’s ability to work with Indian tribes in the investigation and prosecution of crime impacting tribal communities.  President Obama was proud to sign the TLOA, as it fills key gaps in our criminal justice system that for far too long were not addressed.

Lisa Iyotte, a Lakota woman, a survivor, shared her personal story of her brutal rape that occurred in her home on a reservation as her young daughters watched.  The man who raped her was never prosecuted for his crimes against her.  During her introduction of President Obama at the TLOA signing ceremony, she said, “if the Tribal Law and Order Act had existed 16 years ago, my story would be very different.”  As President Obama put it, “when one in three Native American women will be raped in their lifetimes, that is an assault on our national conscience; it is an affront to our shared humanity; it is something that we cannot allow to continue.”

The Departments of Justice, Health and Human Services and Interior are working together to implement this important law that is making a real impact in people’s lives.  For example, the Department of Justice launched a four-year pilot program for the Bureau of Prisons to accept tribal offenders sentenced in tribal courts.  The Department of Interior and the Department of Justice developed a long term plan to enhance tribal justice systems including improvements to detention and treatment centers, and alternatives to detention.  The Federal Bureau of Investigation is working with the Indian Health Service to expand and support Sexual Assault Nurse Examiner and Sexual Assault Response Team programs in Indian Country.  The Indian Health Service established a national Sexual Assault Policy which establishes a culturally sensitive, uniform standard of care for sexual assault victims seeking clinical services, including evidence collection.

Addressing crimes against Native American women is a particular priority for the Administration.   To build on the TLOA, just last week, the Department of Justice submitted to Congress a legislative proposal that would recognize certain tribes’ power to exercise concurrent criminal authority over domestic-violence cases, regardless of whether the defendant is Indian or a non-Indian.  In addition, the proposal clarifies that tribal courts have the civil authority to issue and enforce protection orders against both Indians and non-Indians, and would provide federal prosecutors tools to seek stiffer sentences for particular offenses.

To mark the one-year anniversary of the TLOA, Attorney General Eric Holder, Department of Interior Assistant Secretary for Indian Affairs Larry Echo Hawk, and other senior officials met in South Dakota this week for several events, including a visit to the Pine Ridge Reservation.  This week, many of our agencies are also hosting a National Intertribal Youth Summit in Sante Fe, New Mexico, for 175 young men and women from tribes across the country. The Summit will provide an opportunity for Administration officials to hear directly from youth in Indian Country on critical issues facing their communities.

These are just a few examples of how the Obama Administration is committed to making Native communities safer and more secure.  We are continuing to implement the TLOA, continuing to strengthen law enforcement and the ability to prosecute and fight crime more effectively, and continuing to make progress toward ending violence against women and girls.