She Served, She Deserves: VA Holds Summit on Women Veterans

July 28, 2011 at 5:47 PM ET by Dr. Irene Trowell-Harris
Twitter Facebook Email
Summary:
The VA recently held a summit on women Veterans and is seeking ideas for ways to improve its services to women Veterans. 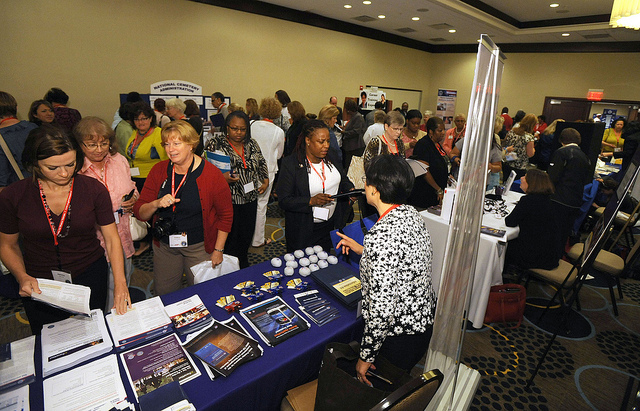 With more women than ever before serving in our Armed Forces, there is an urgent need to address the many issues that these women will face when they leave the service. For that reason, VA recently held a National Training Summit for Women Veterans. Nearly 700 participants - women Veterans, currently-serving women, and advocates from across the nation - came together in Washington from July 15 to 17 to collaborate and discuss issues facing women Veterans and women service members.

Secretary of Veterans Affairs, Eric K. Shinseki, gave opening remarks at the summit. He thanked the participants for their service and announced the creation of a VA Task Force on Women Veterans.  “Tell me the two most important things VA does for women,” Shinseki said, and “tell me one thing I need to fix.”

The event featured engaging sessions from VA experts and from our collaborative partners and informative workshops on issues confronting women Veterans and female service members.  VA also brought the summit to those who could not attend by live tweeting and writing a post for VA’s blog VAntage Point.  In addition, we will post the proceedings on the Center for Women Veterans Web site.

As VA transforms benefits and services for female Veterans during the next several years, we want your help in shaping new policies and programs. Your suggestions and input will be used to improve the lives of those currently in uniform as well as those who already receive VA benefits.  Please email suggestions on how VA can better serve women Veterans to 00W@va.gov.

Dr. Irene Trowell-Harris is the Director of VA’s Center for Women Veterans.