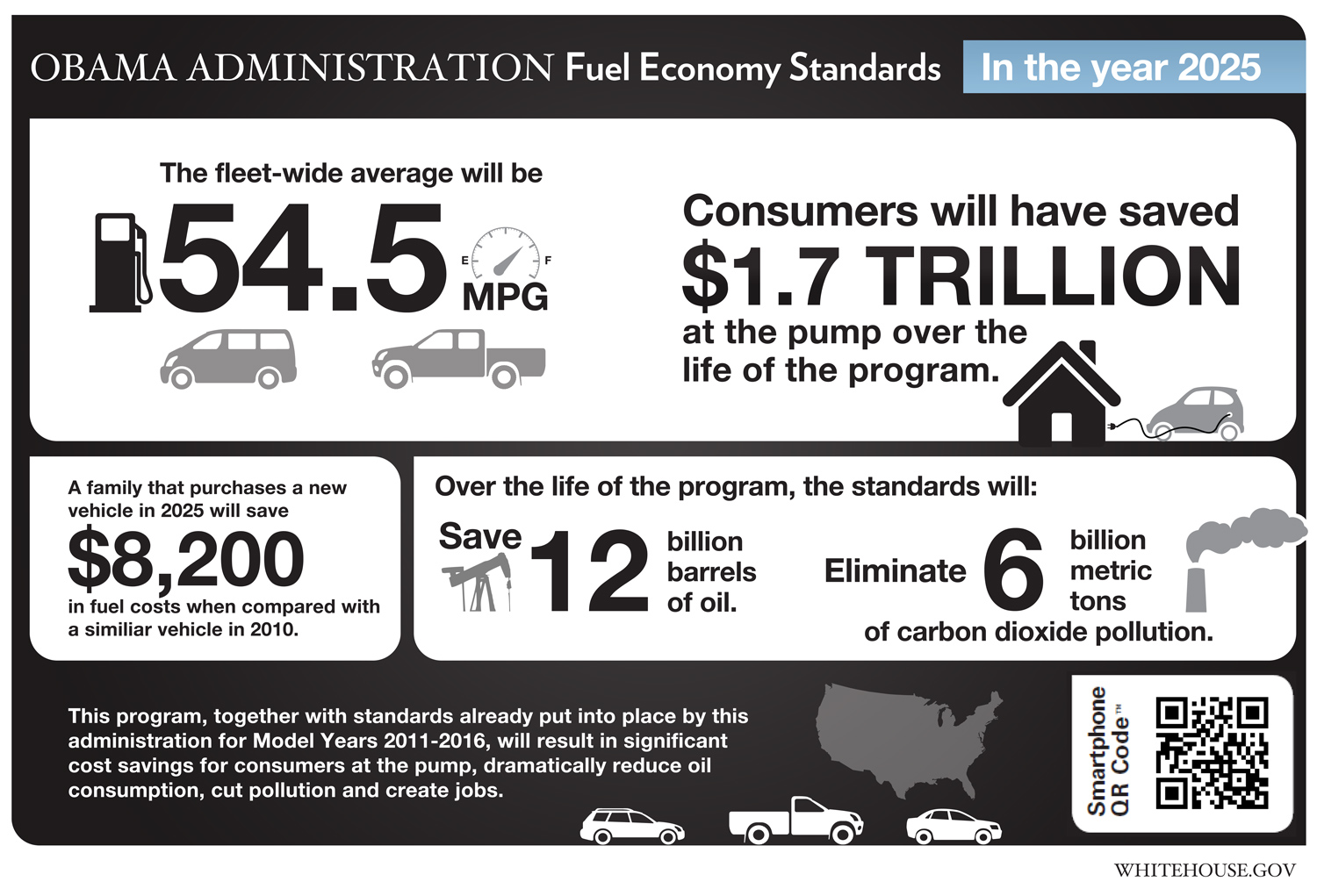 President Obama today announced the next phase in the Administration’s program to increase fuel efficiency and reduce greenhouse gas pollution for all new cars and trucks sold in the United States. These new standards will cover cars and light trucks for Model Years 2017-2025, requiring performance equivalent to 54.5 mpg in 2025 while reducing greenhouse gas emissions to 163 grams per mile.

Taken together, the standards established under this Administration span Model Years 2011 to 2025. They will save consumers money, reduce our dependence on oil, and protect the environment:

Savings at the pump

Protecting human health and the environment

Developed in partnership with auto manufacturers, the State of California, the United Auto Workers (UAW), national environmental organizations and other stakeholders, these achievable and cost effective standards will bring the nation over halfway to the President’s goal of reducing oil imports by a third by 2025. These standards thus represent a key component of the comprehensive energy policy that this Administration has pursued since day one, which aims to increase safe and responsible energy production at home while reducing our overall dependence on oil with cleaner alternative fuels and greater efficiency. 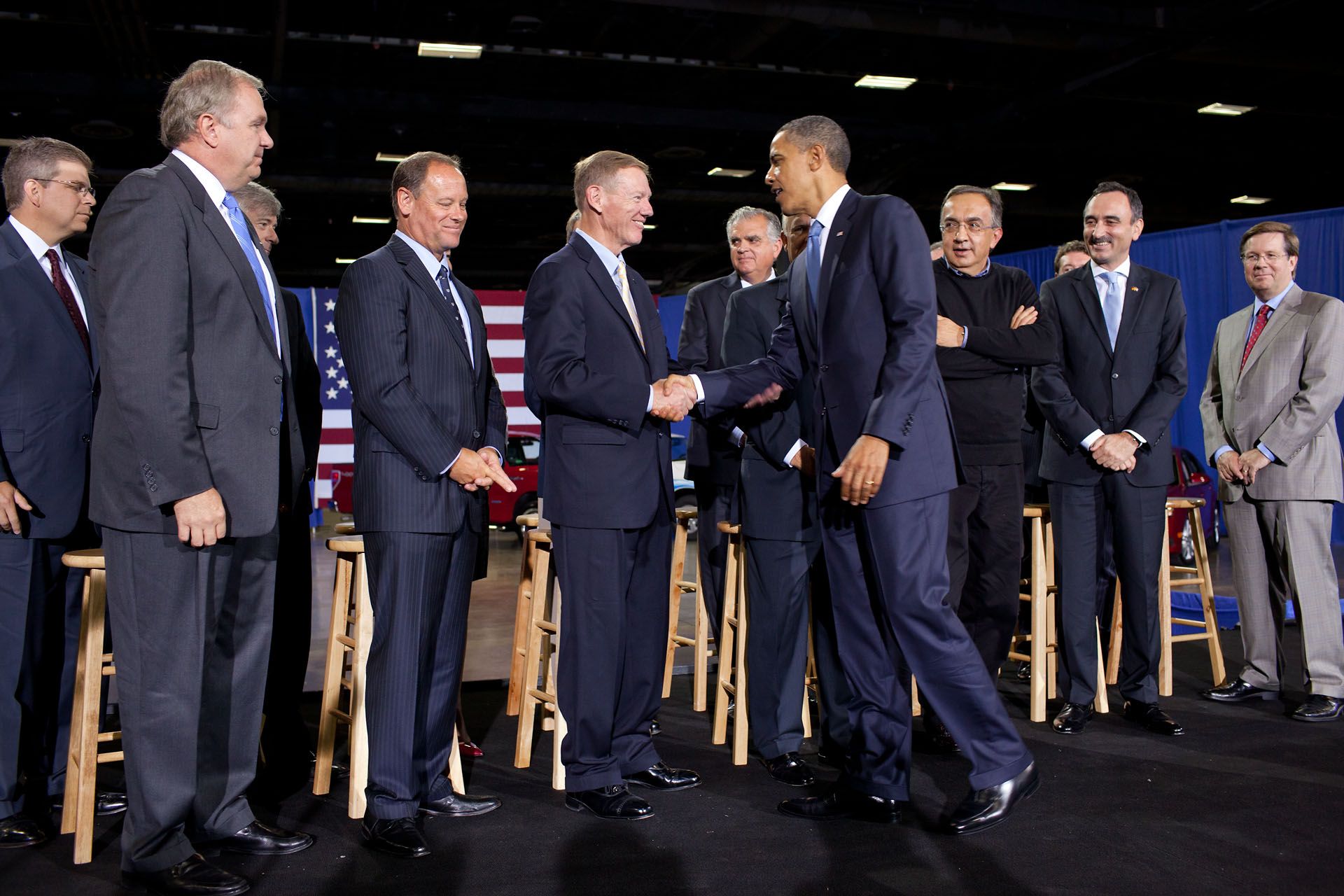