July 29, 2011 at 12:09 PM ET by Nikki Sutton
Twitter Facebook Email
Summary:
The President urges Democrats and Republicans to reach a bipartisan solution to avoid default and calls on the American people to make their voices heard in the ongoing debate on our national debt.

This morning, President Obama spoke on the status of the debt ceiling negotiations from the Diplomatic Reception Room at the White House. The President urged Republicans and Democrats in Congress to find a bipartisan solution to avoid default that he can sign by Tuesday. Though we are almost out of time, the President made it clear that there are multiple ways to resolve this problem:

Now, keep in mind, this is not a situation where the two parties are miles apart.  We’re in rough agreement about how much spending can be cut responsibly as a first step toward reducing our deficit.  We agree on a process where the next step is a debate in the coming months on tax reform and entitlement reform –- and I’m ready and willing to have that debate.  And if we need to put in place some kind of enforcement mechanism to hold us all accountable for making these reforms, I’ll support that too if it’s done in a smart and balanced way.

So there are plenty of ways out of this mess.  But we are almost out of time.  We need to reach a compromise by Tuesday so that our country will have the ability to pay its bills on time, as we always have -- bills that include monthly Social Security checks, veterans’ benefits and the government contracts we’ve signed with thousands of businesses.  Keep in mind, if we don’t do that, if we don’t come to an agreement, we could lose our country’s AAA credit rating, not because we didn’t have the capacity to pay our bills -- we do -- but because we didn’t have a AAA political system to match our AAA credit rating.

And make no mistake -– for those who say they oppose tax increases on anyone, a lower credit rating would result potentially in a tax increase on everyone in the form of higher interest rates on their mortgages, their car loans, their credit cards.  And that’s inexcusable.

President Obama reiterated that the power to reach a balanced solution is in our hands:

There are a lot of crises in the world that we can’t always predict or avoid -– hurricanes, earthquakes, tornadoes, terrorist attacks.  This isn’t one of those crises.  The power to solve this is in our hands.  And on a day when we’ve been reminded how fragile the economy already is, this is one burden we can lift ourselves.   We can end it with a simple vote –- a vote that Democrats and Republicans have been taking for decades, a vote that the leaders in Congress have taken for decades.

It’s not a vote that allows Congress to spend more money.  Raising the debt ceiling simply gives our country the ability to pay the bills that Congress has already racked up.  I want to emphasize that.  The debt ceiling does not determine how much more money we can spend, it simply authorizes us to pay the bills we already have racked up.  It gives the United States of America the ability to keep its word.

Finally, the President called on the American people to continue to make their voices heard in this debate:

Now, on Monday night, I asked the American people to make their voice heard in this debate, and the response was overwhelming.  So please, to all the American people, keep it up.  If you want to see a bipartisan compromise -– a bill that can pass both houses of Congress and that I can sign -- let your members of Congress know.  Make a phone call.  Send an email.  Tweet.  Keep the pressure on Washington, and we can get past this.

But as I said earlier, we are now running out of time.  It’s important for everybody to step up and show the leadership that the American people expect. 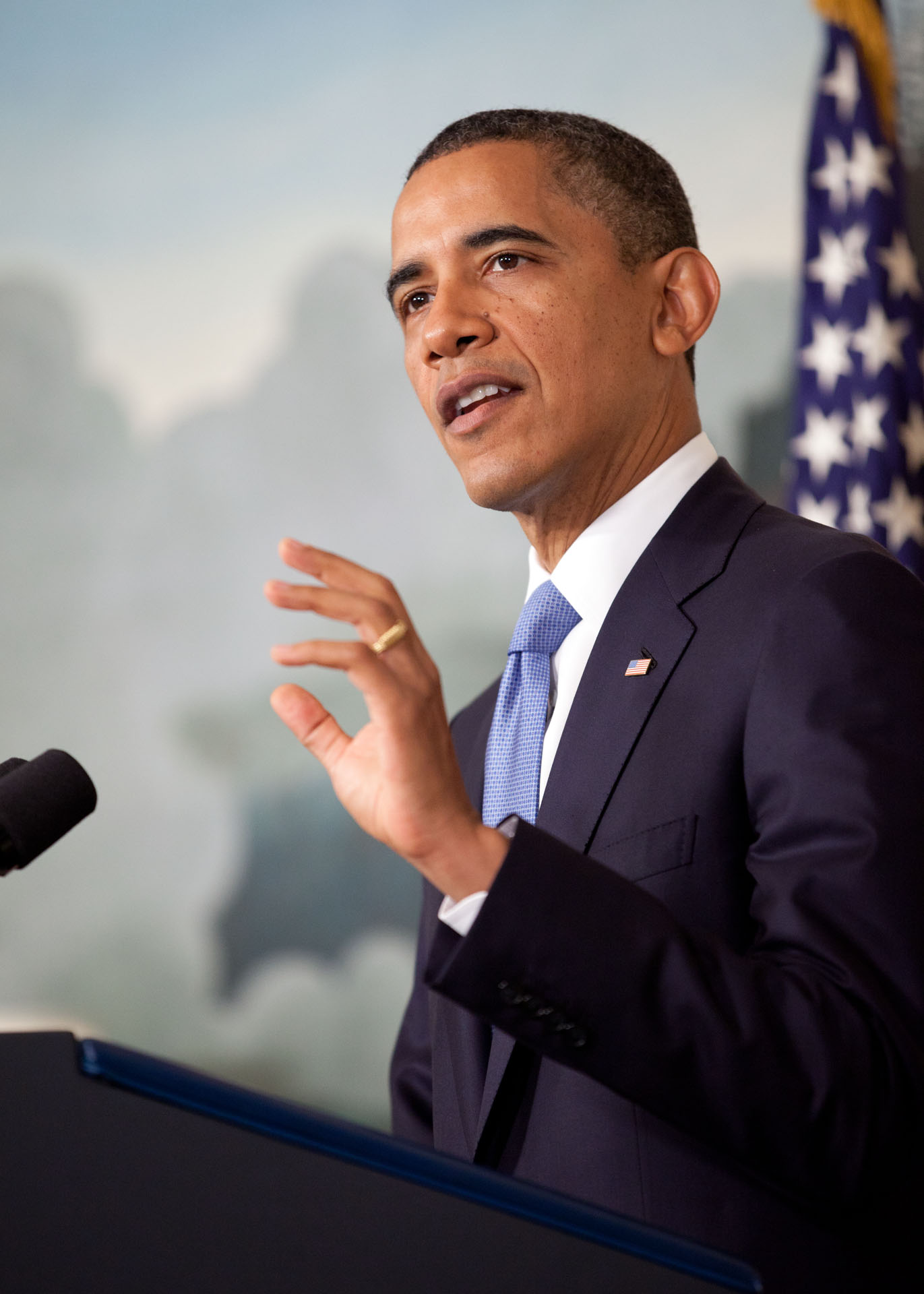 President Barack Obama delivers a statement to the press regarding the ongoing budget negotiations in the Diplomatic Reception Room of the White House, July 29, 2011. (Official White House Photo by Samantha Appleton)