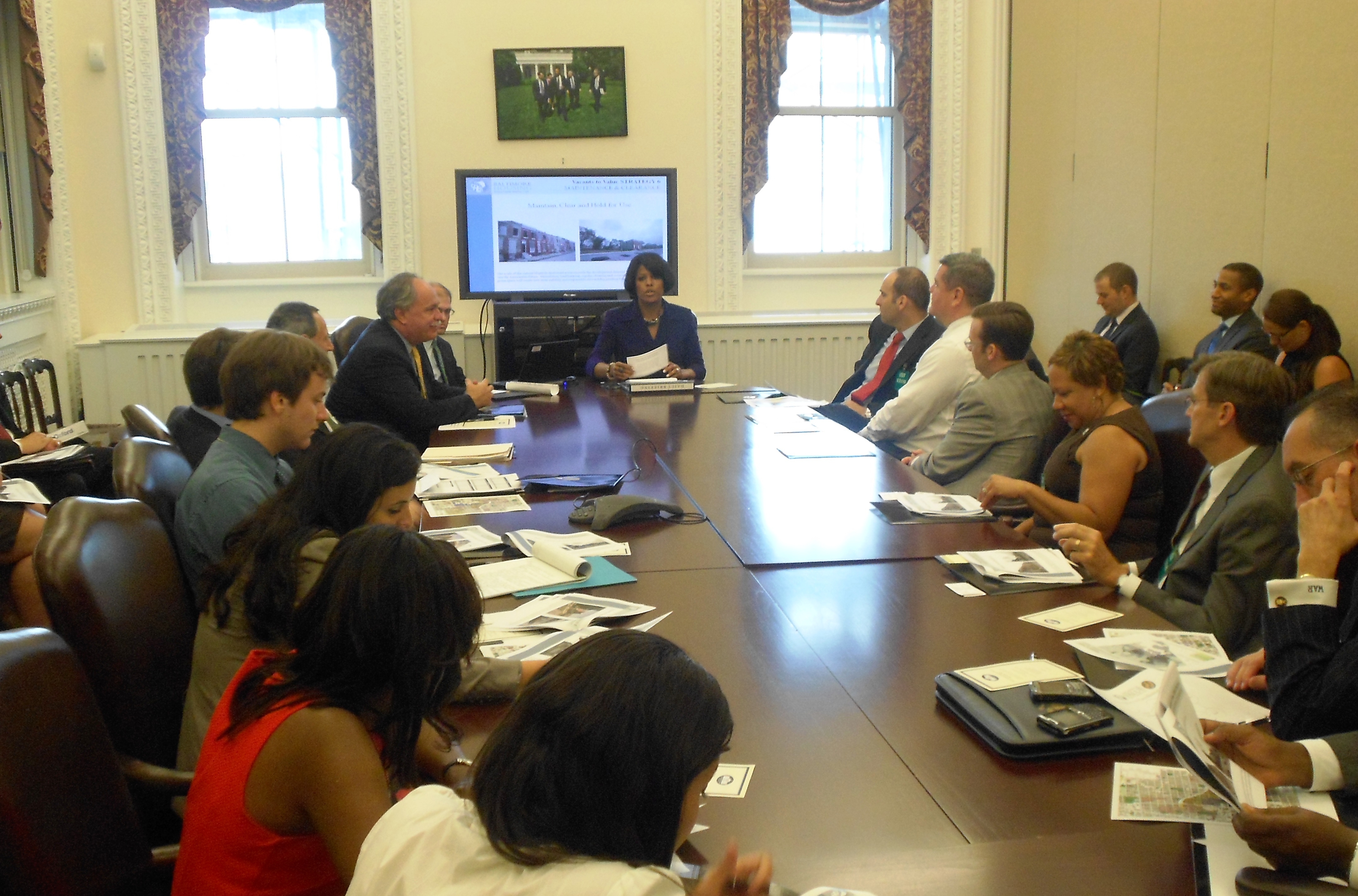 Last Thursday, the Office of Intergovernmental Affairs hosted Baltimore Mayor Stephanie Rawlings-Blake at the White House to hear about her Vacants to Value initiative that utilizes the private market to maximize the repair and rehabilitation of blighted properties.  Mayor Rawlings-Blake’s visit was part of a series designed to bring pioneering local leaders to the White House to share ideas on city innovation with Administration officials.

More than 40 officials from the Departments of Commerce, Energy, Homeland Security, Housing and Urban Development, Interior, Justice, Transportation, Environmental Protection Agency, and the White House took part in the discussion with Mayor Rawlings-Blake about the challenges of urban blight.

Department of Transportation Deputy Secretary John Porcari, the former Maryland Secretary of Transportation, introduced Mayor Rawlings-Blake, noting that “innovation is happening at the city level” in cities like Baltimore and many others across the country.

During her presentation, Mayor Rawlings-Blake shared how her interest and commitment to solving the problem of blight originated from her days on the Baltimore City Council, when she worked to improve troubled neighborhoods in her district. Last November, Mayor Rawlings-Blake announced the Vacants to Value initiative to drive growth and reinvestment in Baltimore's neighborhoods by streamlining the sale of vacant city property, strengthening code enforcement efforts to promote rehabilitation, and providing targeted incentives for homebuyers and developers who invest in vacant homes.

As Mayor Rawlings-Blake explained during her presentation, “Government can’t make investment happen, but it can support it. Government has to respect the role of the marketplace and to help facilitate.”

One of the most important things we do is make sure that our colleagues here at the White House and throughout the Administration stay connected to the creativity and innovation occurring in City Halls across America.  Mayor Rawlings-Blake and the other mayors who participate in these discussions help us strengthen this connection and make it more likely that federal policies and priorities match up with their local realities.