How Open Government Technology Transforms the Way We Travel

August 3, 2011 at 5:16 PM ET by David Emory
Twitter Facebook Email
Summary:
David Emory, who collaborated with the Tri-County Metropolitan Transportation District of Portland (TriMet) to create an open source trip planner, is passionate about finding the true potential of technology projects that capitalizes on open government innovation in transportation. 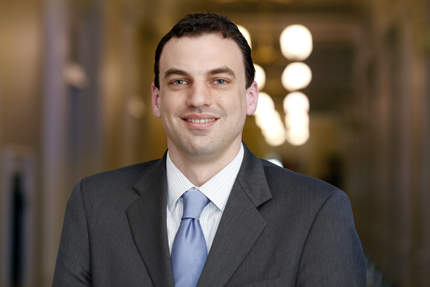 Five years ago, few people knew what "open transportation data" meant. If you wanted answers to seemingly basic questions about the trips you take every day -- whether or not the train you ride to work is running on time, for instance, or what route to school is the safest for bicycling -- you were typically on your own. Information provided by local governments and agencies was spotty at best, and often came attached with restrictive licenses or hefty usage fees. There were no established standards for exchanging data like transit schedules and bus stop locations. In short, it was not an environment conducive to innovation.

It was within that context that I set forth on what at the time was an unusual and ambitious project: creating an interactive online utility for planning multimodal trips (i.e. walking, bicycling, mass transit, or a combination thereof) in my hometown of Atlanta. I had recently sold my car -- a daring move in a sprawling Sunbelt city like ours -- and I was frustrated by the lack of information for people who wanted to travel by modes other than the private automobile. Planning trips on transit meant making sense of a bewildering array of printed schedules, all published in different formats by Atlanta's numerous transit providers. Determining the best routes for biking -- now one of my primary means of transportation -- was largely a matter of trial and error. I knew there had to be a better way.

Had you told me then that five years later, I would be sitting around a table at the White House with 15 of my peers being recognized as "Champions of Change" for open government innovation, I likely would not have believed you. The challenges I faced as I embarked on that project were daunting. Existing software libraries and algorithms for trip routing, developed largely for more straightforward applications like driving directions, did not lend themselves well to modes like mass transit, and I ended up writing thousands of lines of code from scratch. More frustrating was the lack of usable information on transit schedules, meaning hours of tedious data entry by hand -- a process that repeated itself whenever the system changed. At times, I questioned if I would be able to continue supporting the project as a long term endeavor.

What I didn't realize in the early stages of my work in Atlanta was that I was hardly alone in my desire to build an open, non-proprietary platform for multimodal traveler information. In the summer of  2009, I was approached by representatives of TriMet, the public transportation agency in Portland, Ore., and long one of the leaders in innovative thinking within the transit industry, about attending a workshop on "open source multimodal trip planning software." It turned out that several similar, complementary open source projects were underway around the country. Furthermore, the global OpenStreetMap project was maturing into a major resource for open street network data. And the longstanding need for a uniform way to exchange transit data was finally being addressed by Google and the General Transit Feed Specification (GTFS) standard. Many of the pieces needed to build a first-class, fully open platform for travel information services were already in place; it was just a matter of assembling them into a cohesive whole.

The product of that workshop was the OpenTripPlanner project (OTP), a unified effort intended to create a flagship open source platform for multimodal trip planning. After years of toiling in relative obscurity on my own, it was great to finally be a part of a true community with the common goal of using open technology to transform the way we travel around our communities. Though the OTP project I was able to meet and collaborate with a number of like-minded developers, many of whom had been doing related work for years as well. (Among them was a fellow Champion of Change -- Brian Ferris, creator of the OneBusAway project and one of the original OpenTripPlanner contributors.)

The state of OpenTripPlanner today is a testament to the community that has developed around it, and the power of open source technology and open data to help foster and grow these communities. What began as a loose network of individual projects is now beginning to truly compete with more established proprietary technologies. Active OTP deployments now exist not just in the United States but in Canada, Poland, India, Spain, Ireland, and Israel. And later this fall, TriMet will formally launch a beta trip planning application built entirely on the OpenTripPlanner platform and open data sources, marking the first official deployment of a fully open source / open data trip planner by a major U.S. transit agency.

While much has been accomplished in last five years, what is most exciting to me is that we are only beginning to realize the true potential of this technology. Our road map for the future development of OTP includes a variety of next-generation enhancements, such as native apps for a range of mobile devices, incorporation of real-time information into trip planning, and expanding the scope of the platform to support the growing need for analytical tools for advanced transportation policy research. The future is bright for OpenTripPlanner and the growing number of projects that capitalize on open government innovation, and it is truly exciting to be a part of this movement.

David Emory is one of two developers who collaborated with the Tri-County Metropolitan Transportation District of Portland (TriMet) to create an open source, public transit trip planner that combines multiple modes of transportation.