A Great - and Historic - Day

August 4, 2011 at 6:58 PM ET by Joshua DuBois
Twitter Facebook Email
Summary:
The White House Office of Faith-based and Neighborhood Partnerships celebrated the launch of the President's Interfaith and Community Service Campus Challenge by hosting hundreds of representatives from colleges, universities and community colleges for an inspiring, day-long convening in Washington, DC.

What do you get when you combine 200+ colleges, universities and seminaries; individuals from different religious backgrounds and beliefs; and an abiding passion for serving communities?

You get a tremendous day at the White House…and the beginnings of a movement.

Yesterday, the White House Office of Faith-based and Neighborhood Partnerships hosted hundreds of folks from colleges, universities, community colleges and theological schools around the country for the school-year kick off of the President’s Interfaith and Community Service Campus Challenge.

The idea behind the Challenge is simple: religious and secular student groups on a campus coming together, across religious lines, to conduct year-long service projects together.  From this simple notion, over 240 campuses have submitted detailed plans for advancing pluralism and interfaith understanding on their campuses.

From evangelical, Catholic and mainline groups to Jewish organizations, Muslim and Hindu student gatherings and secular alliances, thousands of young people will be working together this school year to serve their communities.  They don’t believe the same things – and they don’t have to.  But they believe in making a difference for people in need.

We were hosted yesterday by both the White House and George Washington University, and the event included speeches by the head of the federal Corporation for National and Community Service, the Undersecretary of Education, Eboo Patel from the Interfaith Youth Corps, and a keynote address by President Obama’s Domestic Policy Advisor, Melody Barnes.

We’re excited about what’s in store for campuses that participate in the President’s Interfaith and Community Service Campus Challenge.  And we’re even more excited about the promise of tolerance and understanding that this effort holds for communities around the nation.

Check out a Youtube video of our morning session here.

Challenge participants listen to Rev. Brenda Girton-Mitchell, Director of the Center for Faith-based and Neighborhood Partnerships at the Department of Education. August 3, 2011. (by Matthew Guinan) 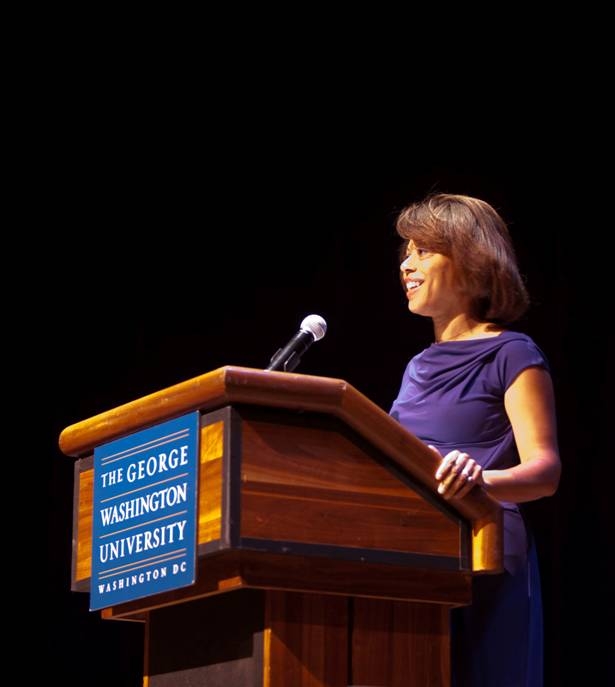 Joshua DuBois serves as Special Assistant to President Obama and Executive Director of The White House Office of Faith-based and Neighborhood Partnerships.