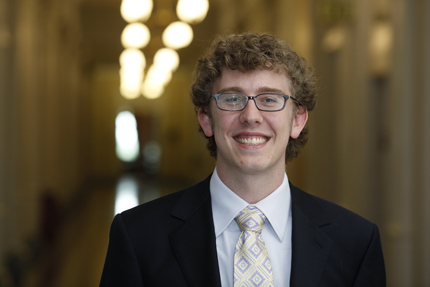 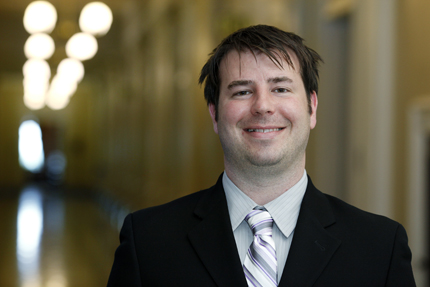 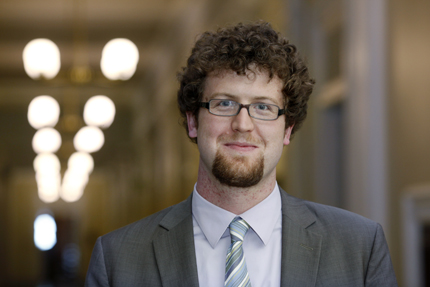 Two years ago we sat in a coffee shop combing through data the newly launched Data.gov site. There were just over 3 weeks before the submission deadline in the Apps for America 2 competition and we were intently looking for a data set that we believed we could build something around. Our criteria were perhaps a bit ambitious - high frequency of release, extensive, and, if exposed properly, impactful. When we stumbled upon the Federal Register data set it was clear we had what we were looking for. And it was clear we had a lot of work to do. One thing we never envisioned on that day was that our project would end up residing at a dot gov (.gov) domain and that we would have the honor of being named 'Champions of Change'.

Over the 3 weeks following our discovery of the Federal Register we spent our evenings and weekends working to understand and contextualize the data (we're not lawyers!) and to re-envision how regulatory data could be presented. What we quickly realized in that first month was that the information contained in the Federal Register was "important" - covering everything from what you are allowed to carry onboard your next flight, to how your next bottle of sunscreen is labeled, to the stickers on the window of your next new car; these regulations affect the way we work and play. We believe they need and deserve input from every citizen. Like we mentioned sometimes we're a bit ambitious...

Our application took second place in Apps for America 2 and we made some great friends and supporters at the Sunlight Foundation, sponsors of the the competition. Over the following months we continued to work on the app, named GovPulse.us, eventually taking Grand Prize in the Consumer Electronic Association's Apps for Innovation contest. We were having fun and developing something we felt was worthwhile. Soon after our phone rang unexpectedly one evening, it was the Office of the Federal Register calling to invite us to partner with them to build Federal Register 2.0. Talk about pleasant surprise!

We formed Critical Juncture, LLC to take on the project (still in our spare time) and three months later were standing at the National Archives in front of the Constitution and the Declaration of Independence launching the new FederalRegister.gov - what may be the first-ever 100% open source, cloud-hosted U.S. Government web application--an application we continue to expand and build upon. We continue to be amazed at what a simple effort to take part in our democracy has become.

And so we humbly and excitedly joined "A motley group of 16 'open data geeks'" at the White House to discuss open data and the impact that it is having on the US. As citizens and business owners we excitedly embrace the incredible cost savings that open data and open source software are bringing to our government and we applaud those who are standing along with us to make this substantial change happen. We'd be remiss if we didn't thank Mike White and the entire team at the Office of the Federal Register along with Luigi Canali at Canali, Inc. for believing that more can be done with less and for giving us a chance to prove it! We excitedly look forward to the future that open data is making possible.

Bob Burbach, Andrew Carpenter, and Dave Augustine are developers that have taken the Federal Register, the daily newspaper of the U.S. Government originally created in 1935 that compiles new and proposed policies, regulations and public meeting notices, and created Fed Register v 2.0.