August 9, 2011 at 5:17 PM ET by Johan Uvin
Twitter Facebook Email
Summary:
The New Americans Citizenship and Integration Initiative hosted a series of roundtables in New York City and learned from community leaders new ideas and best practices about what the federal government can do to help refugee and immigrant populations and the communities where they settle and thrive. 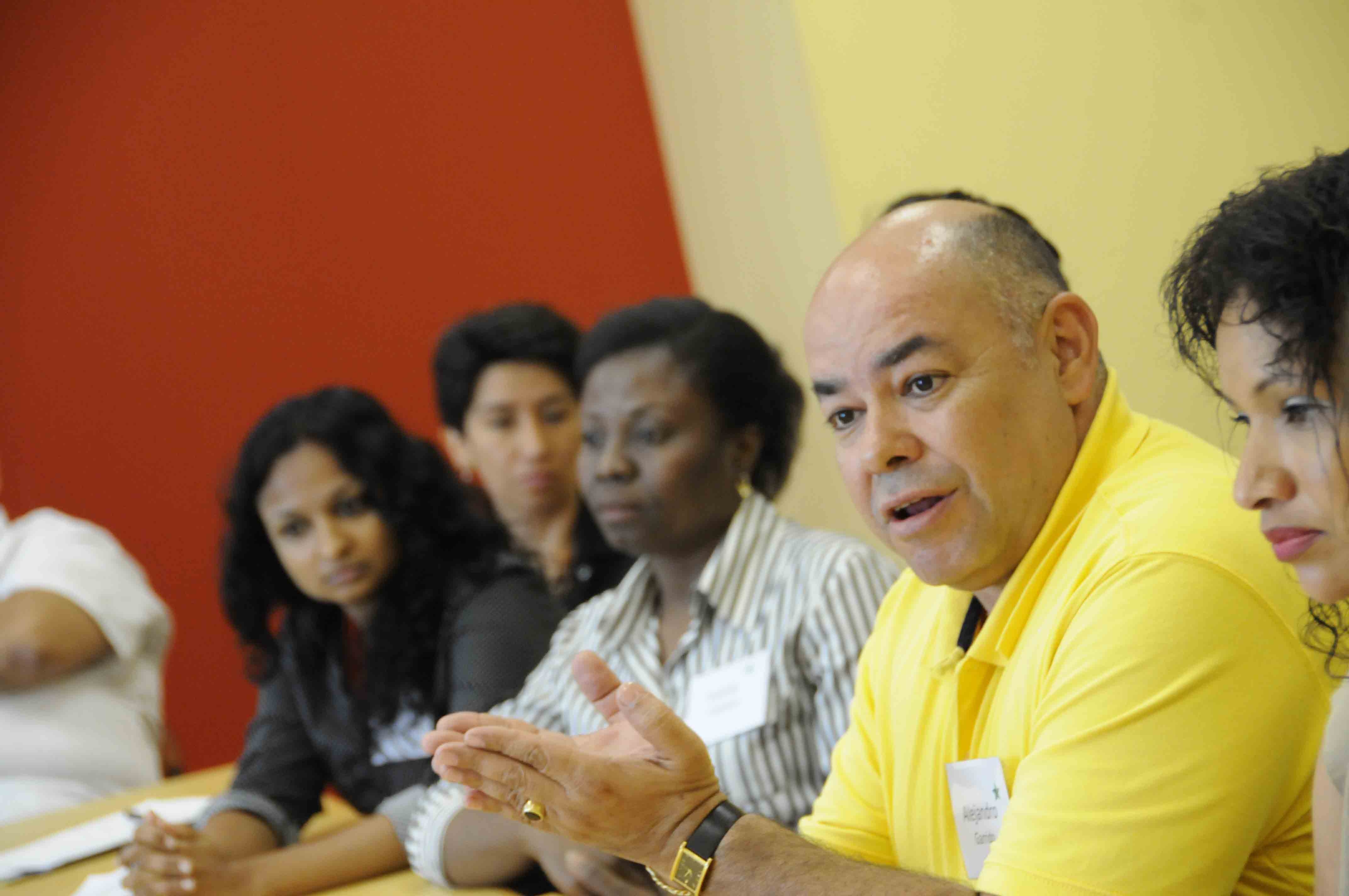 At LaGuardia Community College in Queens, members of the Administration engaged with immigrant students and alumni.

On July 28th and 29th, Administration officials from the White House Domestic Policy Council and the Departments of Education and Labor held three outreach sessions with immigrant students and workers, service and advocacy organizations, policy makers and funders in New York City to discuss challenges and opportunities in immigrant integration.  These sessions were held as a part of the New Americans - Citizenship and Integration Initiative.

We held our first roundtable at LaGuardia Community College (LAGCC), with the help of their Center for Immigrant Education and Training, in Queens on Thursday, July 28th. After a warm-welcome from Gail Mellow , President of LAGCC,  both immigrant students, alumni and leading service organizations provided helpful feedback and discussed how their best work on the ground related to the Initiative’s pillars of civic, economic, and linguistic integration. 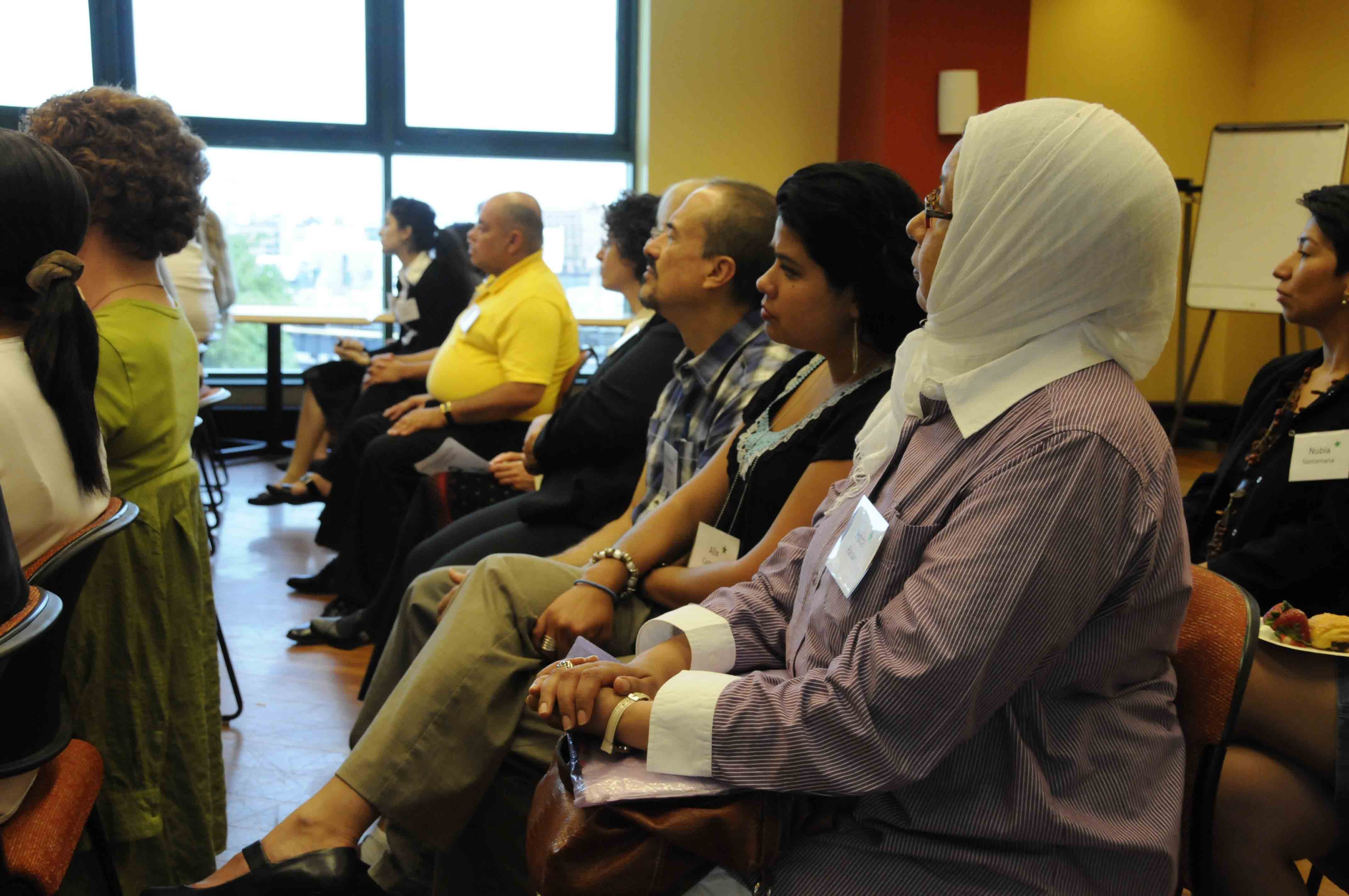 At LaGuardia Community College in Queens, members of the Administration met with educators and leading service organizations to discuss their work with immigrant communities.

After LaGuardia we headed over to New York City Hall, where we were welcomed by Mayor Michael Bloomberg and Fatima Shama, Commissioner of the Mayor’s Office of Immigrant Affairs.  Commissioner Shama’s office helped gather a group of over twenty community leaders, which included policy makers, advocacy and research groups, funders, and representatives from major service delivery systems, including adult education and public libraries who serve immigrants, refugees, and others in the City.  We were also joined by Jorge Silva Puras, the Small Business Administration Regional Administrator.

On Friday, the Literacy Assistance Center hosted our third and final roundtable with a group of interagency city teams from New York, Chicago, Los Angeles, Miami, and Houston participating in the close-out session of the Great Cities Summit sponsored by the Office of Vocational and Adult Education at the U.S. Department of Education. These cities combined represent over forty percent of the immigrant population in the U.S.

Input from these and other sessions will inform the development of a national immigrant integration strategy, which we hope to launch later this year.

The need for opportunities to learn English was mentioned by several participants. One of the adult immigrant students in LaGuardia’s Language Immersion Program talked about English as the language of opportunity and put the problem this way: “No English [means] no opportunities.”

In addition to the need for more ESL opportunities, some of the main themes that came up during the roundtable sessions included the need for improving information about available services, considering the role of libraries in the provision of information and services, sharing information on what works, and the role of the federal government in incentivizing integration by working with both the immigrant and receiving communities on education, housing, and other issues.

We look forward to working together with our colleagues at the Department of Labor again when we head to Detroit later this week to hold another roundtable on immigrant integration.

Johan Uvin is the Deputy Assistant Secretary in the  Office of Vocational and Adult Education at the U.S. Department of Education.