Connecting with Roots in Cleveland, OH

“My basic business philosophy is based upon evaluation criteria of the New York City kindergarten report card,” says Ron Rasmus, President and CEO of The Great Lakes Group. “Work well and play well with others.”

For the past 29 years, that’s exactly what he has done. From building a new 770 ton Mobile Vessel Hoist —the largest in the U.S. and Canada, and third largest in the world — to starting a comprehensive training program for local high school students, Rasmus has collaborated with a variety of groups to make things happen. How? The eternal optimist simply refuses to take no for an answer. 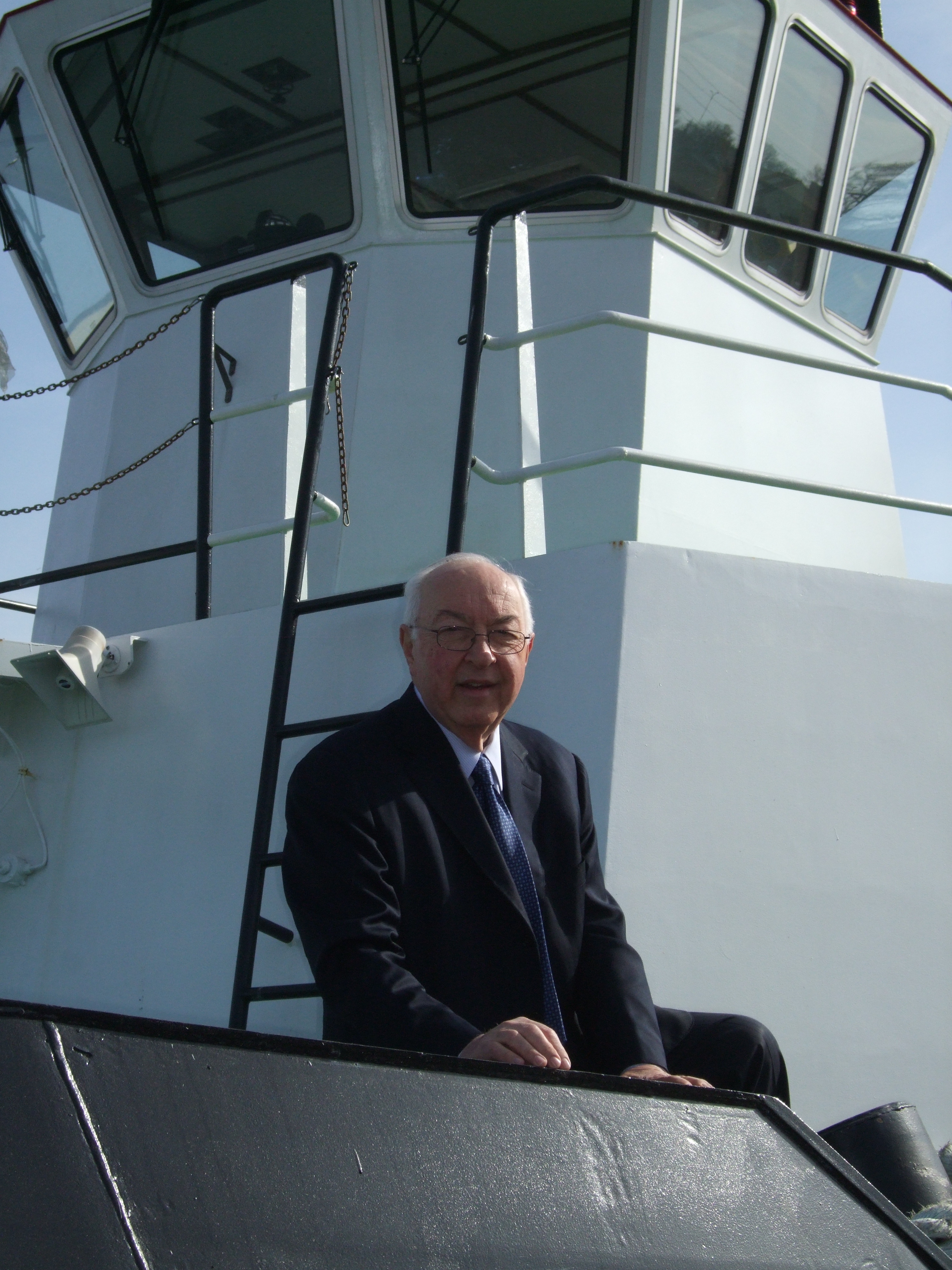 Ron Rasmus, President and CEO of The Great Lakes Group, has helped to create jobs and revitalize the local businesses of Cleveland, OH.

The most well-known of Rasmus’ companies, The Great Lakes Towing Company, owns and operates 50 tugboats, maintaining ports from the Great Lakes to the Caribbean. Throughout its 113 year history, the Towing Company, as it’s commonly called, has never forgotten its roots in Cleveland, Ohio. Its recent Shipyard Expansion project, which includes construction of the $4.2 million Mobile Vessel Hoist, has already created 30 new full-time jobs and utilized 20,000 on-site construction hours. Once completed, the Company estimates the expansion project will have created 100 sustainable local full-time jobs.

The Company’s longstanding policy of supporting Cleveland and Ohio businesses translates into a substantial economic ripple effect in local communities. Rasmus says this effect is “conservatively estimated at $0.52 from every revenue dollar that the Company receives, excluding the additional positive effect of our payroll which also supports the communities.”

The Company has also taken a proactive approach to involving local youth in many of its projects. Rasmus made sure graduates of Max S. Hayes High School, a vocational school in the Cleveland Municipal School District, knew of the employment opportunities just around the corner. Rasmus created a training program that includes classroom instruction and on-the-job welding training. A summer or full-time job offer awaits students who graduate and successfully complete the welding courses.

All the while, the Company has adjusted its business model to stay current. Besides maintaining its towing operations, which account for 99 percent of all harbor towing operations on the U.S. Great Lakes, the Company began to build and repair tugboats, barges, research vessels and other craft and foreign sales. It is now a major player in the commercially-defined shipbuilding business.

Even while leading this modernization, Rasmus has always remembered the Company’s commitment to the city and its people. “We’re corporate citizens of Cleveland and of Ohio. We have some obligations that go beyond the bottom line.”