August 10, 2011 at 5:01 PM ET by Andy Brack
Twitter Facebook Email
Summary:
Andy Brack, president and chairman of the Center for a Better South, advocates that the Gulf should become a national priority for public investment in public health, energy and environmental health research. 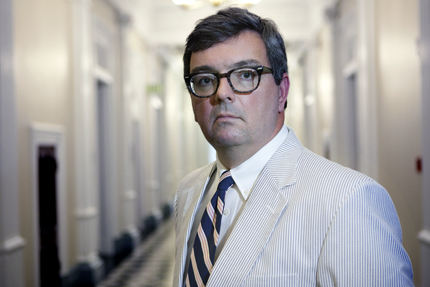 Navy Secretary Ray Mabus was dead-on during a White House event for Gulf Coast Recovery Champions of Change when he observed that the Gulf of Mexico is more than a regional resource for people who live from Florida to Texas.  Rather, he reminded, the Gulf is an American treasure.  As such, it should become a national focus for investment and recovery.

When the Secretary met with countless Gulf residents following the oil disaster of 2010, he asked them to help to restore the Gulf.  But he also people to do more -- to help make the Gulf a better place.

At the Secretary's request, the Center for a Better South last year developed some big ideas for Gulf that went beyond restoration and recovery.  Over the course of three months last summer, more than two dozen people worked with the Center to generate a report chock-full of pragmatic ideas that proposed new investments in education, the environment and infrastructure to help create jobs for the future and a better quality of life for Gulf residents. We're honored that some of the work we did helped the Administration craft its recovery plan.

If you're looking for one big takeaway from our "Ideas for a Better Gulf" report, please review our notion that the Gulf should become a national priority for public investment in public health, energy and environmental health research.  Such attention to basic and applied collaborative research in a new Gulf cluster will attract private industry and investment.  Partnerships will create needed high-paying jobs by commercializing technology in a variety of fields, including public health impacts of natural disasters; development of products for people and wildlife to counteract impact of disasters; ecosystem health and restoration; alternative energy research; ocean sustainability and more.

With creativity and an investment of public and private sector dollars, a new coordinated Gulf cluster of research could become a modern-day equivalent of Silicon Valley and Research Triangle Park, N.C., both of which transformed the economies of their regions. Here's an excerpt from our report last year:

We believe the best existing sector for the Gulf to concentrate new investment in is higher education – for the region to secure major investments on a massive scale to make New Orleans become the nation’s home for major multi-disciplinary research dealing with environmental health, energy and related fields.

Investing in a major higher education cluster would have huge impacts for the Gulf – a long-term, growing and stable base of much-needed knowledge-based jobs.  Such an investment would create a reason for young Gulf residents to remain in the area, instead of migrating to other larger cities for opportunities.

On behalf of the Center, I am honored to receive the Champion of Change recognition. I continue to be inspired by the vision for the Gulf offered by Secretary Mabus and the Administration. Thank you.

Andy Brack is president and chairman of the Center for a Better South, a nonprofit think tank based in Charleston, S.C., that offers pragmatic ideas to thinking Southern leaders who want to make a difference.