August 10, 2011 at 4:19 PM ET by John Fernandez
Twitter Facebook Email
Summary:
Collaboration between the public and private sectors is working to transform the economy and create the businesses and jobs of the future in Detroit. 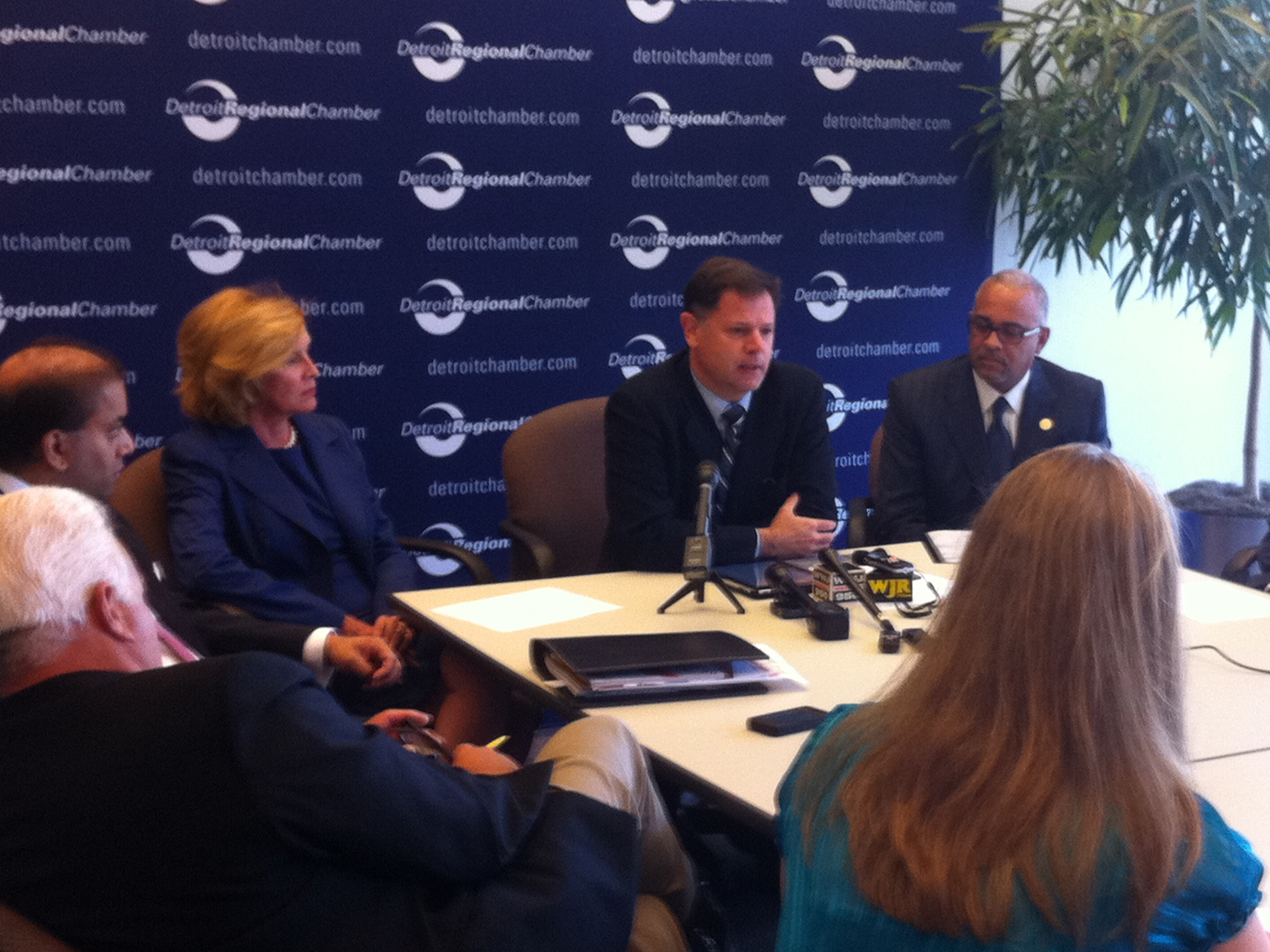 Last week, I had the pleasure of visiting Detroit, Mich., to see firsthand how close collaboration between the public and private sectors is working to transform the region’s economy and create the businesses and jobs of the future.  I was pleased to be joined by Sandy Baruah, President and CEO of the Detroit Regional Chamber and also my predecessor at the U.S. Department of Commerce during the Bush administration.

The trip was a great opportunity to witness how the economic landscape in America’s "Motor City" is being transformed, particularly around the emerging and robust information technology and robotics cluster, which is thriving due to the city’s skilled talent pool, affordable retail opportunities and urban attractions such as the Fox Theater and Detroit Opera House.

There is something positive in the air in Detroit and the local economy is reaping the benefits. From the mayor, to members of Congress, to business leaders, to community stakeholders—there is a shared commitment to strengthen the city and create new jobs. Vibrant public-private partnerships are being leveraged and driving growth.The level of collaboration that is happening in Detroit is impressive. At the Detroit Regional Chamber, I met with Congressmen Hansen Clarke and John Dingell and Mayor Dave Bing’s Chief of Staff Kirk Lewis, who provided insight into the role public-private partnerships are playing to help revitalize the city.

Private-sector investment is vital to sustainable growth, and Detroit is attracting businesses that will promote job creation in the region. GalaxE.Solutions, Inc. Chairman and CEO Tim Bryan is leading efforts to bring jobs back to Detroit that have been lost to overseas competition. The company plans to hire 500 skilled workers to strengthen the IT hub and breathe new life into the region.

Compuware, which has employed 4,000 people in downtown Detroit since 2003, along with Quicken Loans—both owned by Detroit natives—have provided a boost to accelerate regional economic development. And other local businesses are doing great things, like ePrize, a firm that has funded eight business ventures with hundreds of applications awaiting review, and Detroit Venture Partners, a firm promoting innovation and entrepreneurship to help strengthen the economic ecosystem.

Under President Obama’s leadership, the federal government is working to change the way we do business, so that we can partner to catalyze the visions of strong local leadership.  The administration’s strategy to win the future is to invest in communities like Detroit to increase competitiveness and economic prosperity across the country.

The recently announced Strong Cities, Strong Communities(SC2) initiative, which Detroit is participating in as one of six pilot cities, aims to strengthen neighborhoods, towns, cities and regions around the country by enhancing the capacity of local governments so they can develop and execute their economic vision and strategies.  SC2 is just one example of the many federal investments being made to jumpstart economic development and job growth in Detroit.

EDA is also investing in the region. Connection Point, an EDA-funded program of the Detroit Regional Chamber, has been successful in linking Michigan-based technology, manufacturing, and engineering companies with globally diversified companies. The program allows large firms to take advantage of local innovation and diversify their customer and product base.

The nation’s economy has always depended, above all, on one thing to keep it growing: a continuous flow of new technologies and new ideas into the marketplace.  The bottom-up strategies that are fueling the private-public partnerships in Detroit will foster innovation and competitiveness to ensure the city is better positioned to succeed in the 21st century global economy.