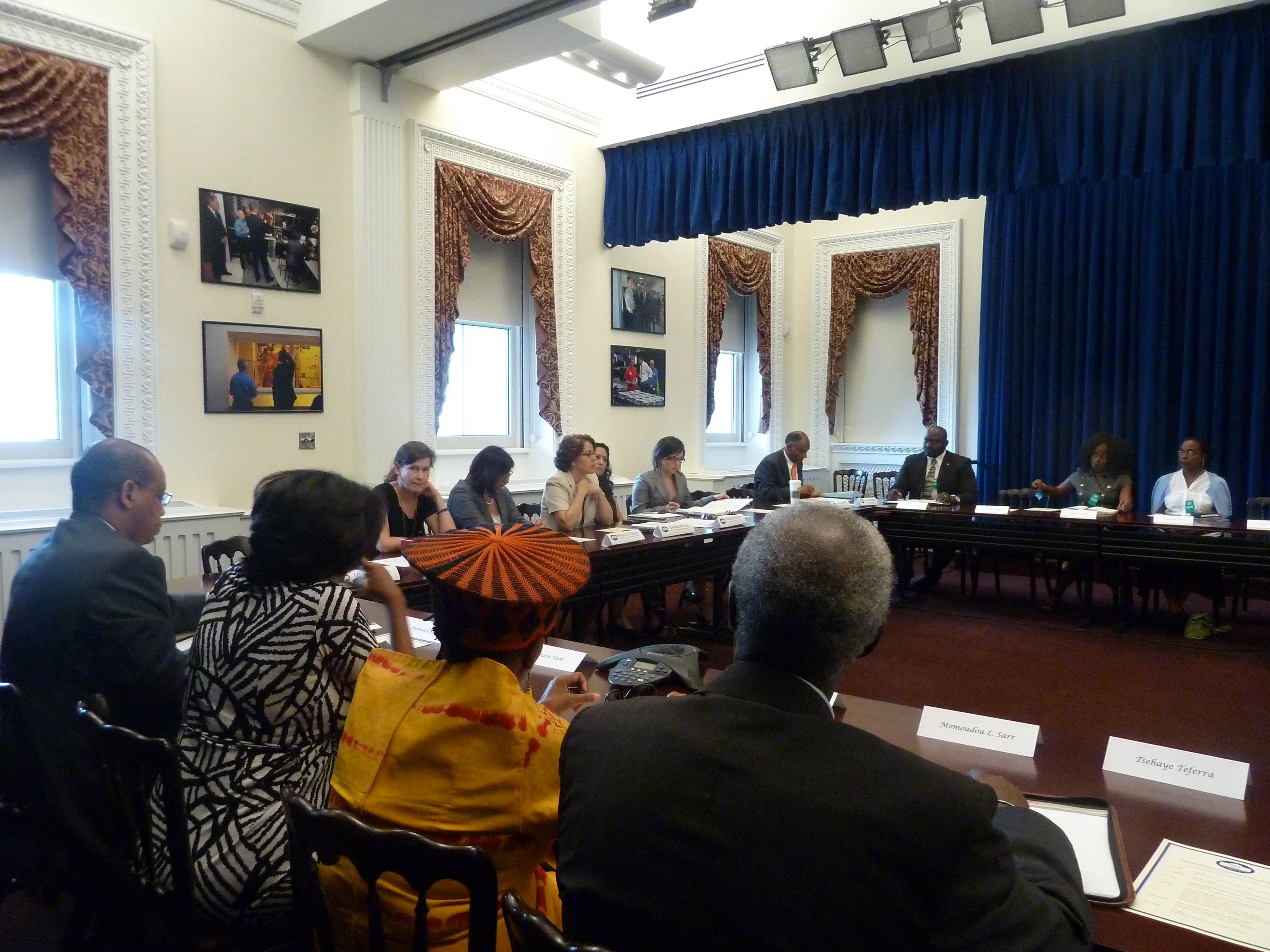 This past Friday, White House and senior administration officials – including representatives from the U.S. Citizenship and Immigration Services (USCIS), Department of Education, and HHS Office of Refugee Resettlement -  met with African community leaders to discuss immigration issues specific to the African immigrant and refugee population. The convening brought together leaders and advocates representing communities from the countries of Mauritania, Somalia, Nigeria, Sierra Leone, South Africa and Guinea Bissau.

Cecilia Munoz, Director of White House Office of Intergovernmental Affairs, opened the forum and highlighted the challenges in fixing the legal immigration system and reassured the community leaders in the room of the President’s continued commitment to a legislative solution to fixing the broken immigration system.  Bakary Tandia, Coordinator of African Services Committee and long time advocate for African immigrant communities shared a touching story of a wheelchair bound activist who came to Washington, DC two years ago for a major immigration reform mobilization even though he couldn’t walk he wanted to lend his voice to the debate.  He asked “What can we do concretely as community leaders to contribute and galvanize support?” In response, Stephanie Valencia, Deputy Director of the Office of Public Engagement, encouraged everyone in the room to help broaden the dialogue and elevate the debate by hosting immigration action roundtables in their own communities check out the roundtable toolkit to sponsor your own immigration roundtable.

As the Q&A sessions continued, Felicia Escobar from the White House Domestic Policy Council outlined improvements launched by Department of Justice and Department of Homeland Security to improve the legal immigration system while we work toward broader legislative reform. There are new initiatives battling immigration fraud and advancements in the tracking system of immigrant application status that include receiving feedback through email or text messaging.  In addition, Rebecca Carson, Chief of Staff of USCIS provided an overview of the fee waiver policy for immigrant benefits, which many in the room were very supportive of.

Friday’s convening is part of a larger commitment from this Administration to help broaden the immigration debate so it is relevant to all Americans.  We need voices from every community to be a part of this conversation to help move the legislative debate forward and create a sense of urgency to ensure that the Congress acts.  The people that were a part of the conversation on Friday are a critical piece to that and we look forward to hearing more from them as they take the conversation back to their own communities.

To learn more about President Obama’s vision for an immigration system that serves out 21st Century economic and security needs, visit obamawhitehouse.archives.gov/immigration