Tune In to President Obama's Town Hall Meetings this Week

August 15, 2011 at 11:55 AM ET by Colleen Curtis
Twitter Facebook Email
Summary:
The President's four question and answer sessions with the public will be live streamed 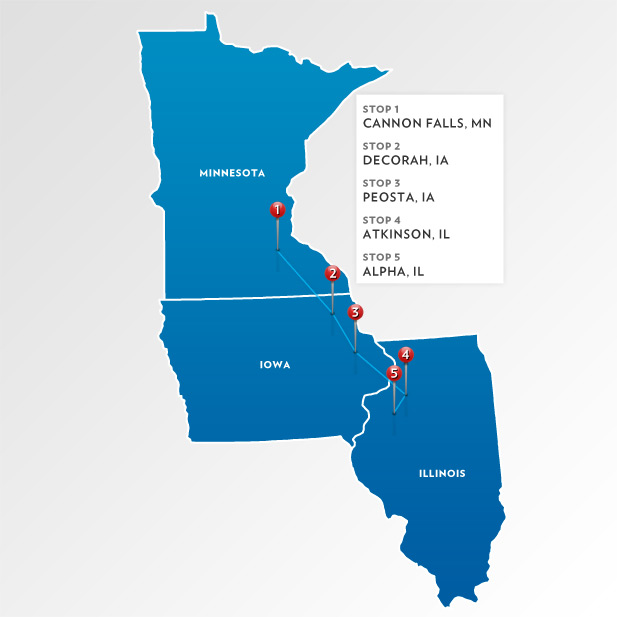 President Obama wants to hear from Americans about how national economic policies are affecting life in your communities. He is spending the next three days on the road in the Midwest, and will participate in four town hall meetings, two on Monday and two on Wednesday. Each of the question and answer sessions will be live streamed on whitehouse.gov/live.

The President kicks off his three day rural tour today in Cannon Falls, Minnesota with a meeting at Lower Hannah's Bend Park at 1:05 pm EDT. Later this afternoon, he will be in Decorah, Iowa for another town hall session with locals at the Seed Savers Exchange, which starts at 6:15 EDT.

On Tuesday, the President will be in Peosta, Iowa, where he will hold a Rural Economic Forum with members of the White House Rural Council, which was created in June to report on the economic climate in rural America. The President's opening remarks will be live streamed at 12:50 pm EDT, as will his closing remarks at 3:30 pm EDT.

The President will travel to his home state of Illinois on Wednesday, where he will hold two more town hall meetings, the first will be in Atkinson at 12:30 pm EDT, at the Wyffels Hybrids Atkinson Production Facility, followed by another that afternoon at the Country Corner Farm in Alpha at 4:30 pm EDT.

While on the road, the President will be discussing ways to grow the economy, strengthen the middle class and accelerate hiring in communities and towns across the nation. He wants to hear directly from small business owners, local families, private sector leaders, rural organizations and government officials.  The President knows we must do everything we can to promote economic growth, restore confidence in our nation’s future and enhance the sense of optimism for future generations.


Live Stream Schedule for the Rural Economic Forum at whitehouse.gov/live