It was a busy and productive day in Beijing for Vice President Biden – one that began and ended at the Great Hall of the People. An elaborate welcome ceremony in the Northern Hall served as the official kickoff to Vice President Biden’s visit to China. Bilateral meetings with Vice President Xi and National People’s Congress Chair Wu Bangguo followed in the Eastern and Fujian Rooms. Finally, a banquet dinner in the Western Room capped the evening, complete with a cultural performance that included traditional Chinese song and dance.

But it was the Vice President’s visit to a local lunch spot near the Drum and Bell Tower neighborhood in Old Beijing that had China talking. Embassy Beijing’s post about the traditional lunch fare he ordered – pork buns, zhajiang noodles and cucumbers -- on one of the most popular Chinese microblogs, Sina, received over 6400 retweets and 3000 comments in less than an hour. Joining the Vice President at lunch were newly installed U.S. Ambassador to China Gary Locke and his wife Mona, as well as the Vice President’s daughter-in-law Kathleen and granddaughter Naomi who are traveling with him through Asia.

Later, it was back to the Great Hall of the People, where Vice President Biden met with National People's Congress Chair Wu Bangguo. Noting that his “overwhelming reason” for coming to China was to talk about jobs and growth, Vice President also stressed that a “rebalancing of our economies – yours and ours” is a priority.

On the agenda tomorrow is a roundtable with U.S. and Chinese business leaders, followed by bilateral meetings with President Hu Jintao and Premier Wen Jiabao. 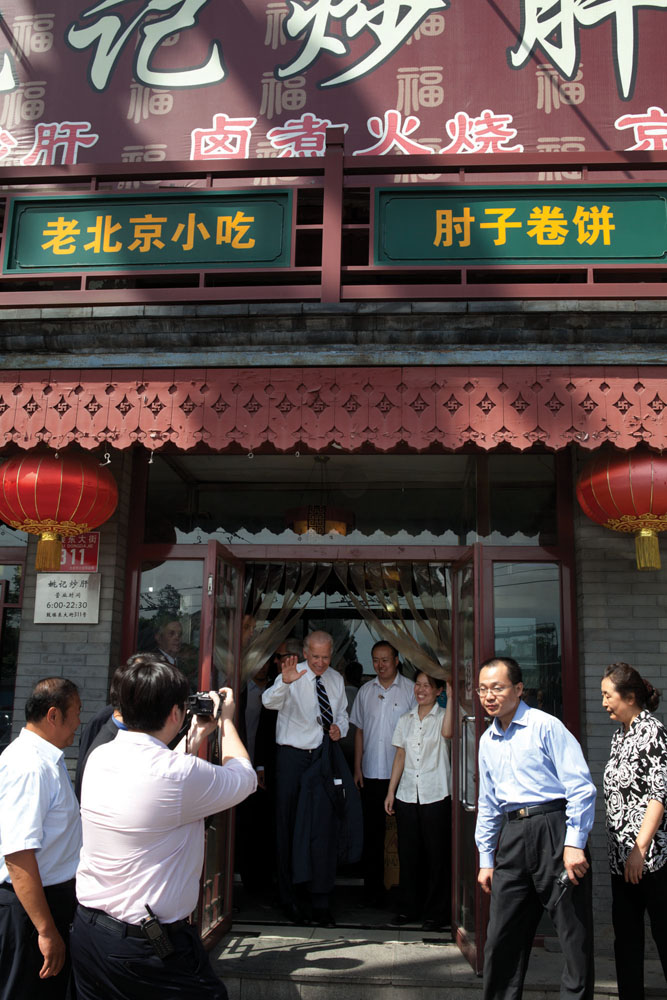