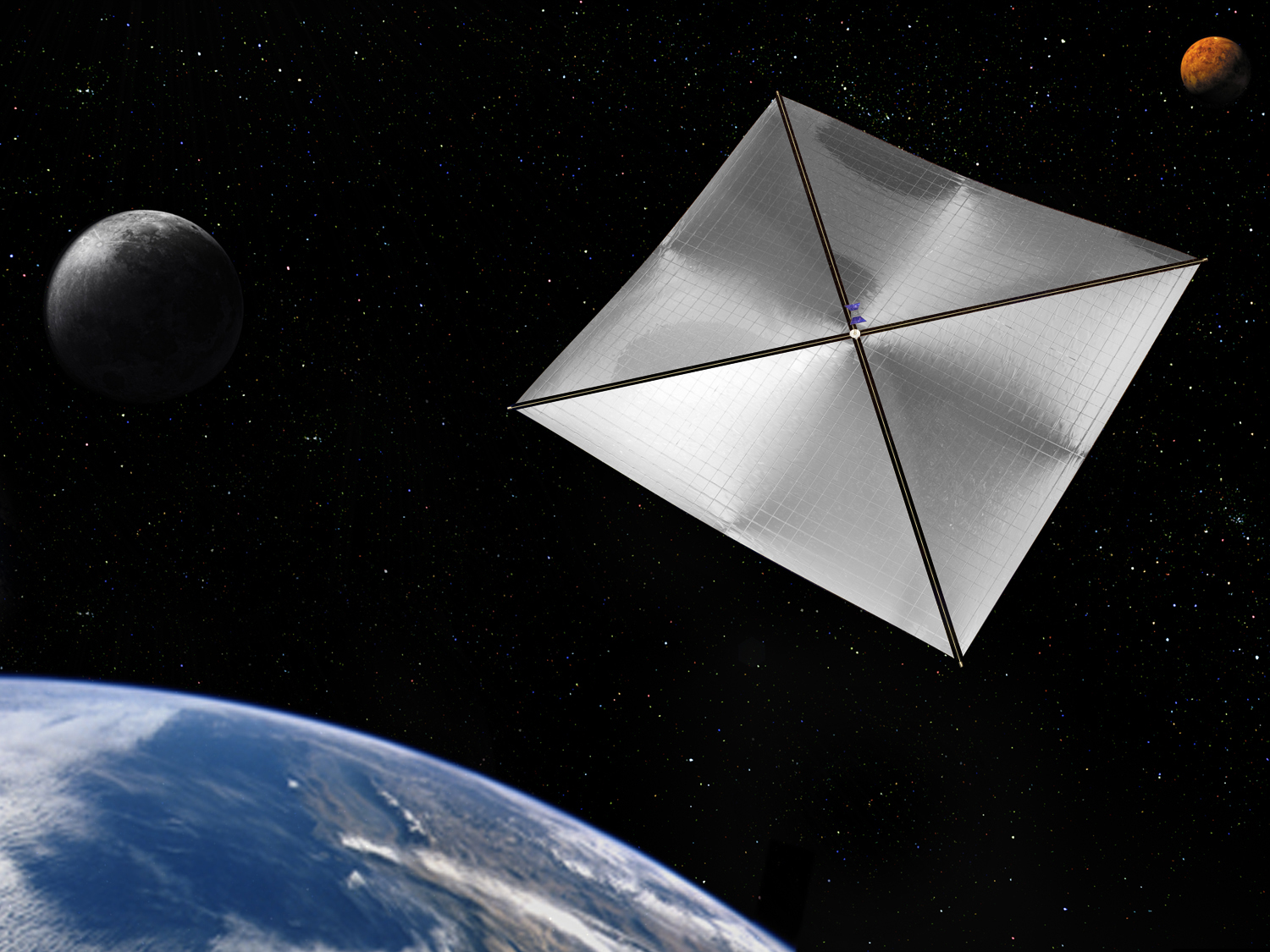 Above is an artist's rendering of a four-quadrant solar sail propulsion system. At 38 meters per side, the space solar sail announced today as one of NASA's Technology Demonstration Missions is seven times larger than any other sail flown in space and has the possibility to enable propellant-less deep space missions. (NASA)

With data rates up to 100 times greater than today’s systems, optical communication will enable rapid return of the huge amounts of data associated with sending spacecraft and humans to new frontiers.

At 38 meters per side, the space solar sail being developed is seven times larger than any other sail flown in space, four times larger than what can be tested in ground-based facilities, and has the possibility to enable many kinds of new space missions, including those relevant to solar flare activity, orbital debris removal, or propellant-less deep space missions.

NASA's space technology pipeline is already taking the ideas of our nation’s innovators from concept to flight.  In the past few months, over 100 competitively selected early-stage innovation awards were made through NASA Innovative Advanced Concepts and Space Technology Graduate Fellowships programs.

For example, NASA’s advanced solar cell research enabled design of Juno, the first solar-powered outer-planet spacecraft, which launched towards Jupiter this month. On the International Space Station, a pathfinder robotic refueling experiment is underway. This joint NASA/Canadian Space Agency experiment is designed to prove the tools, technologies, and techniques needed to robotically repair and refuel satellites in orbit. With government investment in these foundational technology experiments, a commercial satellite servicing enterprise could emerge. NASA's next-generation robotics research also will help everyone from factory workers to astronauts carry out more complicated tasks—on Earth and in space.

As he mentioned during his Twitter town hall, President Obama understands how important these efforts are for NASA: “What we need is that next technological breakthrough. … so what we’ve said is, rather than keep on doing the same thing, let’s invest in basic research around new technologies that can get us places faster, allow human space flight to last longer.... But in order to do that, we’re actually going to need some technological breakthroughs that we don’t have yet.”

The Technology Demonstration Missions announced today are the beginning of NASA’s effort to break technological boundaries in space exploration.  NASA basic and applied research efforts build our nation’s technological capability, stimulate our global economic competitiveness, create jobs, and impact our daily lives. Today, there are space technology projects in development across all the NASA centers, academia, and industry. These innovations position NASA for a bright future.

Tom Kalil is Deputy Director for Policy at OSTP