Stories from the Rural Economic Forum

Last week, one of President Obama's stops during his economic bus tour was a Rural Economic Forum in Peosta, Iowa, held in conjunction with the White House Rural Council.  Along with members of his Cabinet, the President met with a diverse group of local business leaders, farmers, private sector leaders and rural organizations. During the forum, the President walked through his new jobs initiative for rural America, which includes committing up to $350 million in SBA growth capital to investors in rural small businesses over the next 5 years, launching a series of events to connect private equity and venture capital investors with rural start ups and creating teams to link federal funding opportunities with private investors interested in making rural investments.

As the President said in his closing remarks, our job “has to be to get behind what you’re doing; our task has to be making sure that nothing stands in your way, that we remove any obstacles to your success.”  Listening to those remarks were a few area business leaders who are succeeding in their communities, creating jobs and growing their companies.

One of those business leaders was Aaron Tennant of Tennant Trucking Lines, an open deck carrier that services the Mid-Atlantic, Southeast, and Midwest regions of the country.  Tennant Trucking Lines is a family-owned company started by Aaron’s grandfather, Sydney, who got started hauling swine on a milk run from the Quad Cities to Chicago.  Over decades, Sydney built his business, literally operating the company out of his farmhouse.  But last week, Aaron announced plans to open a new terminal so Tennant Trucking can continue to grow.  As Aaron said, “There is shy of 30 of us in there…the former living room is crowded with nine people and their work station and other employees fill other rooms.”  Tennant currently employs 138 people, and Aaron plans to hire another 30 as he continues to purchase trucks.  Aaron says his company is one to model after because of the solid relationships they have with their customers. “Keeping your employees motivated and happy is a key to success.” 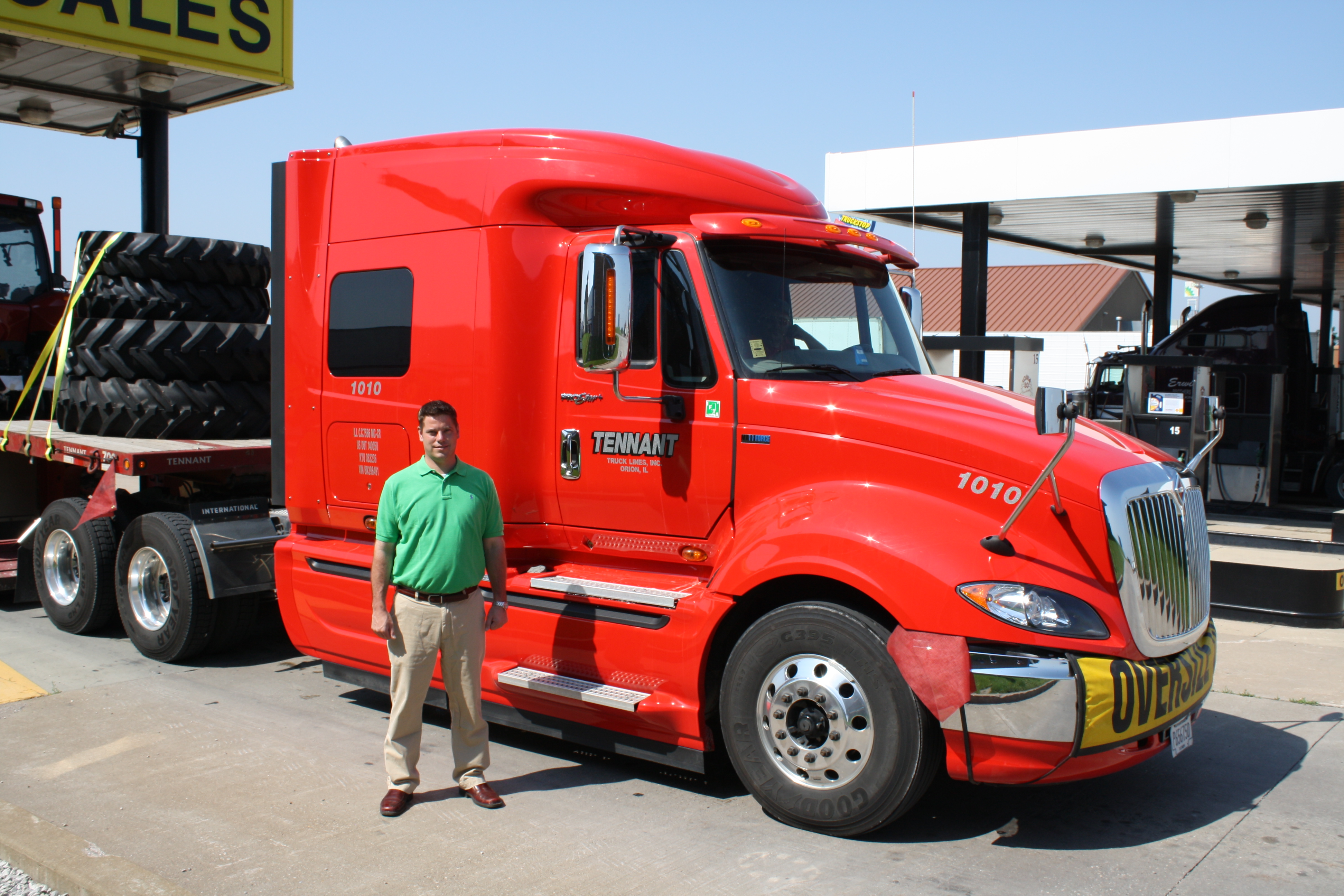 Joining Aaron at the forum was Rick Hoffman from East Iowa Machine Company, a manufacturing “Job Shop” company located in Dubuque County.  Rick has been working in machine shops all his life and has used his ambition, intelligence and honesty to catapult himself from machinist to foreman to manager and finally, to owner and president of a company he began from scratch.  East Iowa Machine Company has seen rapid growth over the years.  They began with two full-time employees and have grown to 115 employees that operate in three shifts.  Even in these difficult economic times, Rick is proud to say he has never had to lay off a single employee.  Today, EIMCo. sales are currently 20% higher than any other year since 1992 resulting in increased hiring, equipment investment, and physical plant expansion.  Rick’s advice to all business owners is that “it can be done.  Nothing is impossible if you set your mind to it.”

Chuck Keibler from Genesis-Systems Group, a robotic welding system company in Davenport, Iowa, also attended the forum.  While the economic times are changing and continually evolving, there remains a constant need for more efficient operating systems.  All companies and businesses want quality products made cheaper.  Because of this constant demand, robotic welding systems like Genesis Systems Group have evolved and prevailed.  Since 1983, the Genesis Systems Group has been leading the way in robotic systems integration, specializing in design, manufacturing and implementation of systems for welding assembly, mechanical assembly, handling/tending and material finishing.  Genesis Systems Group has expanded quickly to become “the largest U.S robotic arc welding workcell manufacturer in North America.”  Currently, they have 135 employees and customers in over 40 states and 12 countries.  Genesis Systems Group’s development and growth is a testament to how companies can spread their products to the rest of the country and abroad.

Rural America, like all of America, is filled with stories like these: companies that are growing, hiring and strengthening America's economy.