Caught in the Act of Doing Things Right

August 24, 2011 at 3:56 PM ET by Josh Linkner
Twitter Facebook Email
Summary:
Josh Linkner, entrepreneur and the New York Times Bestselling Author of "Disciplined Dreaming: A Proven System to Drive Breakthrough Creativity," shares his thoughts on visiting the White House to be recognized as a Champion of Change. 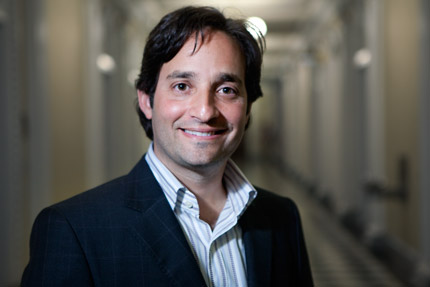 Bosses, parents, teachers, clergy, and government officials are well-trained to catch you doing something wrong.  There are elaborate systems for checks and balances; controls and consequences. It's apparently very important to catch the mischievous child or the wayward employee in the act of disobedience.

In our society, wide-spread labeling is an insidious force that robs individuals of achieving their true potential. The good news is that labeling can work the other way too.  Catch a new team member in the act of delivering great work, and you'll inject her with confidence and energy.  Label a colleague as a rock-star, and they'll likely kick out the work version of multiple grammys.

This last week was a thrill for me, having been invited to the White House with nine other entrepreneurs to be recognized as a Champion of Change.  President Obama launched this program to celebrate Americans who are making a difference, innovating, and "winning the future".  As I watched the faces of my fellow award recipients beam with pride, I realized the power of catching people in the act of greatness.

Each of us will return to our home states full of positive energy and confidence, and will over-perform as a result.  We'll energize our communities.  We'll help others.  We'll make a difference.  One simple label will embolden us to reach our true potential.  Think about how you'd behave differently if you were Jim Smith vs. President Barack Obama's Champion of Change, Jim Smith.

Most of us have self-talk that's so negative we'd be institutionalized if we said it out loud.  Maybe you should catch yourself in the act of doing good more often, and celebrate those wins auspiciously.  Maybe that extra shot of energy you give yourself can be the difference maker in reaching your own goals and dreams.

This week, let's all flip the poison of negative labeling, and catch each other and ourselves in the act. In the act of doing things right.  These new, positive labels will tip the scales in favor of results, momentum, and overall achievement.

Josh Linkner is the New York Times Bestselling Author of "Disciplined Dreaming: A Proven System to Drive Breakthrough Creativity."  He is the CEO and Managing Partner of Detroit Venture Partners, the founder and Chairman of ePrize, and is a professional-level jazz musician.  For more on creativity, innovation, and imagination please visit www.JoshLinkner.com