VP in Asia: Paying Tribute to the "Incredible Spirit" of Tsunami Survivors

August 26, 2011 at 7:01 AM ET by Amy Dudley
Twitter Facebook Email
Summary:
The last stop is Japan, where the Vice President met with survivors of the devastating tsunami and praised the work of U.S. Forces Japan who provided critical assistance in the aftermath of the disaster. 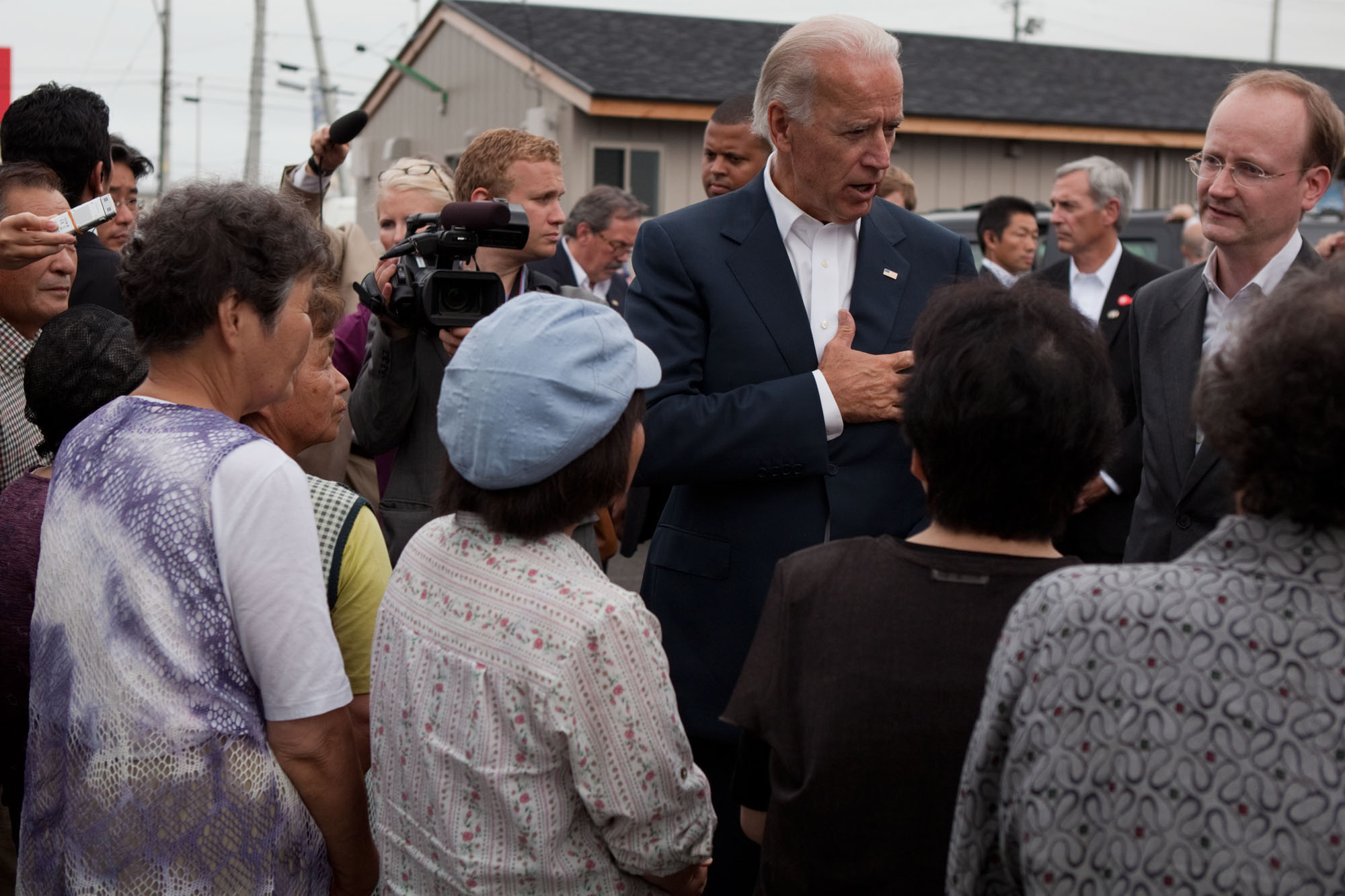 Vice President Biden arrived In Tokyo late Monday evening -- the final leg of his trip through Asia. As he told Prime Minister Naoto Kan, he came to Japan for two main reasons: to express sympathy, admiration, and continued support from the U.S. in the wake of the March 11th earthquake, tsunami and nuclear disaster, and to reiterate the strength of the U.S.-Japan alliance. "We [the United States] are a Pacific power. You are a Pacific power. You are our ally," said the Vice President.

From Tokyo, he traveled 90 miles north to the Sendai region -- one of the hardest hit by the tsunami last March. Delivering remarks on the second floor of Sendai International Airport's main terminal -- where hundreds of residents from nearby neighborhoods fled to escape the tsunami's path -- Vice President Biden praised U.S. Forces Japan  for working around the clock to clear debris and repair a runway that enabled the arrival of hundreds of relief workers, and hundreds of tons of humanitarian assistance.

After paying his respects at a memorial site where the town of Natori once stood, the Vice President took a short ride to a temporary housing facility that hundreds of Natori residents now call home.  Meeting with displaced survivors and listening to their stories, the Vice President pledged that "America isn't going anywhere" and that U.S. assistance will be available as long as they need it.

Vice President Biden concluded his trip to Japan by delivering remarks to U.S. service members and their families at Yokota Air Base -- headquarters of U.S. Forces Japan.  In his speech, the Vice President thanked the troops for their quick and decisive efforts to help the Japanese people and provide critical assistance in the aftermath of the disaster.

Don't miss the photo gallery of the Vice President's visit to Japan. For complete coverage of his three country trip, click here.