The City of Los Angeles—Strengthening Our Nation Through Immigrant Integration

August 29, 2011 at 9:52 AM ET by Gabriel Sandoval
Twitter Facebook Email
Summary:
The New Americans Citizenship and Integration Initiative hosted a roundtable in Los Angeles and learned from community leaders new ideas and best practices about what the federal government can do to help immigrant populations and the communities where they settle and thrive.

Earlier this month, my colleagues Christina Lagdameo, Deputy Director for the White House Initiative on Asian Americans and Pacific Islanders, and Alicia Villarreal, Regional Representative for Secretary of Labor Hilda Solis, joined me at the California Community Foundation (CCF) to discuss the important role immigrant integration has played and will continue to play in making our nation strong and well-positioned for the challenges and opportunities of the 21st Century.

As part of a series of conversations that are being held across this country under the New Americans—Citizenship and Integration Initiative, we listened to and learned from members of the CCF’s Council on Immigrant Integration and other community leaders, decision makers, and stakeholders representing diverse sectors of Los Angeles, the second largest city in the nation.  Participants emphasized the critical importance of a quality education, parent engagement, and citizenship acquisition, among other factors, in fostering and advancing linguistic, economic, and civic integration. 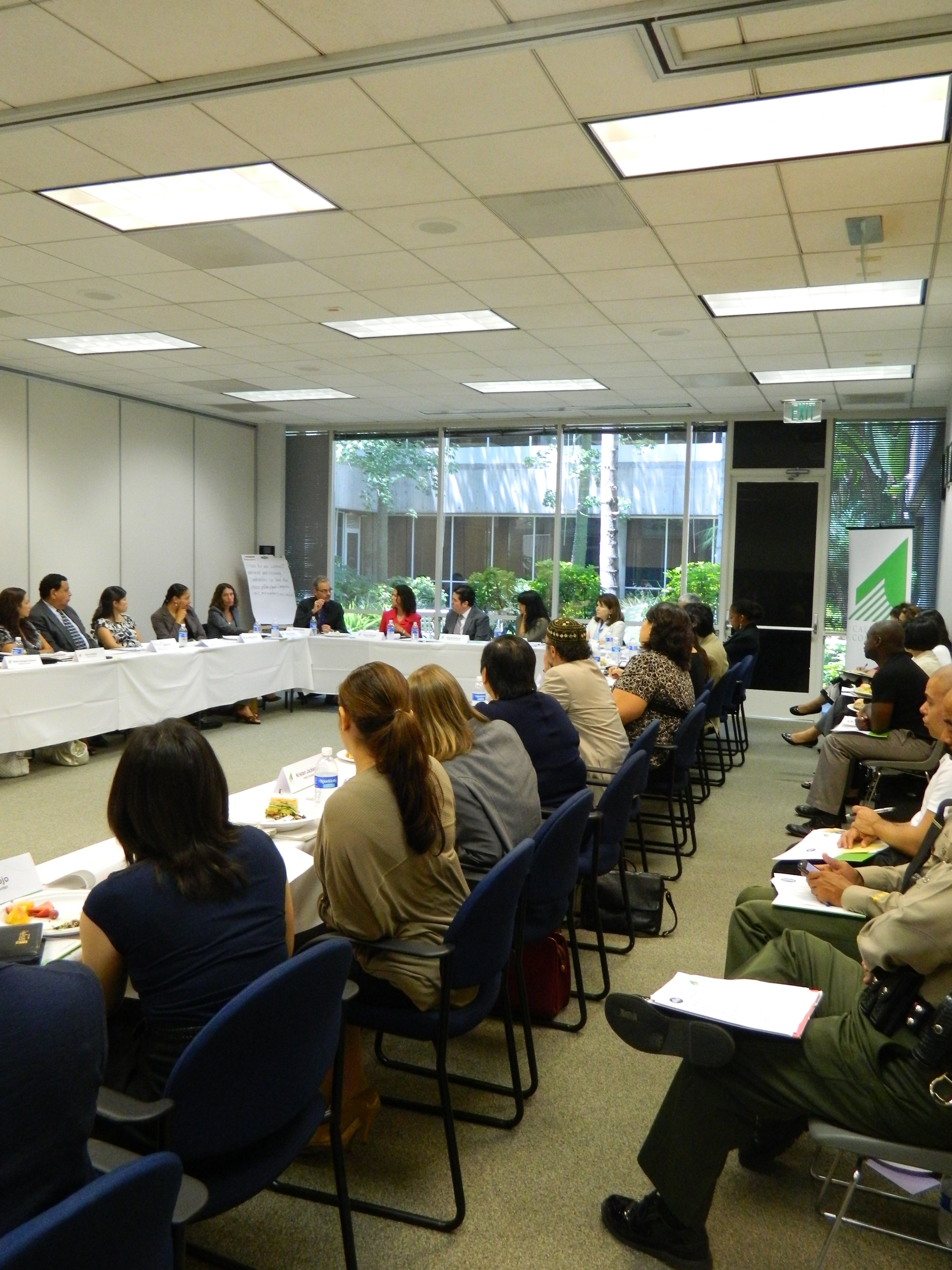 At the California Community Foundation in Los Angeles, members of the Administration discussed a variety of challenges and opportunities in immigrant integration with 50 local leaders.

We learned that in California alone there were over 2.3 million immigrants in 2009 who were eligible to become naturalized citizens.  The benefits of becoming a U.S. citizen are many, including the right to vote and becoming eligible to obtain employment with the federal government.  Studies have shown, moreover, that when immigrants become naturalized citizens, their wages increase up to 27%, which not only improves the status of their families, but also contributes markedly to the economic well-being of communities in which they reside, and indeed, this nation.  Participants asked that the federal government continue to increase funding for citizenship acquisition throughout this country based on their strong held belief and experiences that becoming a U.S. citizen is one of most effective means of integrating immigrants.

To be sure, CCF and the University of Southern California's Center for the Study of Immigrant Integration (CSII) are leading the way in Los Angeles and across this country in supporting immigrant integration efforts.   In 2009, CCF announced a five-year commitment to its Immigrant Integration Initiative, and, to date, has awarded 13 grants totaling over $3.7 million to organizations in the Los Angeles community that are working on this important topic.  Participants requested that the federal government create a sustainable, national policy that supports and expands the type of work being done by CCF and CSII in Los Angeles and across this country, and institutionalizes the promotion of immigrant integration so that this critical work continues and remains supported by future administrations.

“Successfully integrating immigrants,” CCF President and CEO Antonia Hernandez commented, “is key to making our nation stronger because it ensures that each and every resident is a fully productive participant in all aspects of our democratic system.”  We thank CCF for their leadership on this issue and for hosting this successful event.

Gabriel Sandoval is the Senior Counsel in the Office for Civil Rights in the U.S. Department of Education.