August 29, 2011 at 12:17 PM ET by Nikki Sutton
Twitter Facebook Email
Summary:
President Obama announces his intention to nominate Alan B. Krueger to the Council of Economic Advisers to help support the urgent mission of getting the economy growing faster.
[[nid:71893]]

This morning, President Obama announced his intention to nominate Alan B. Krueger as a member of the Council of Economic Advisers (CEA). As one of the nation’s leading economists, Dr. Krueger will bring  decades of experience, including serving as chief economist at the Treasury Department, and a wealth of knowledge to the challenge of creating jobs and promoting economic growth. Following his confirmation, President Obama will designate Dr. Krueger as Chairman of CEA.

During his remarks in the Rose Garden, the President first addressed the response to Hurricane Irene:

It’s going to take time to recover from a storm of this magnitude.  The effects are still being felt across much of the country, including in New England and states like Vermont where there's been an enormous amount of flooding.  So our response continues.  But I’m going to make sure that FEMA and other agencies are doing everything in their power to help people on the ground. 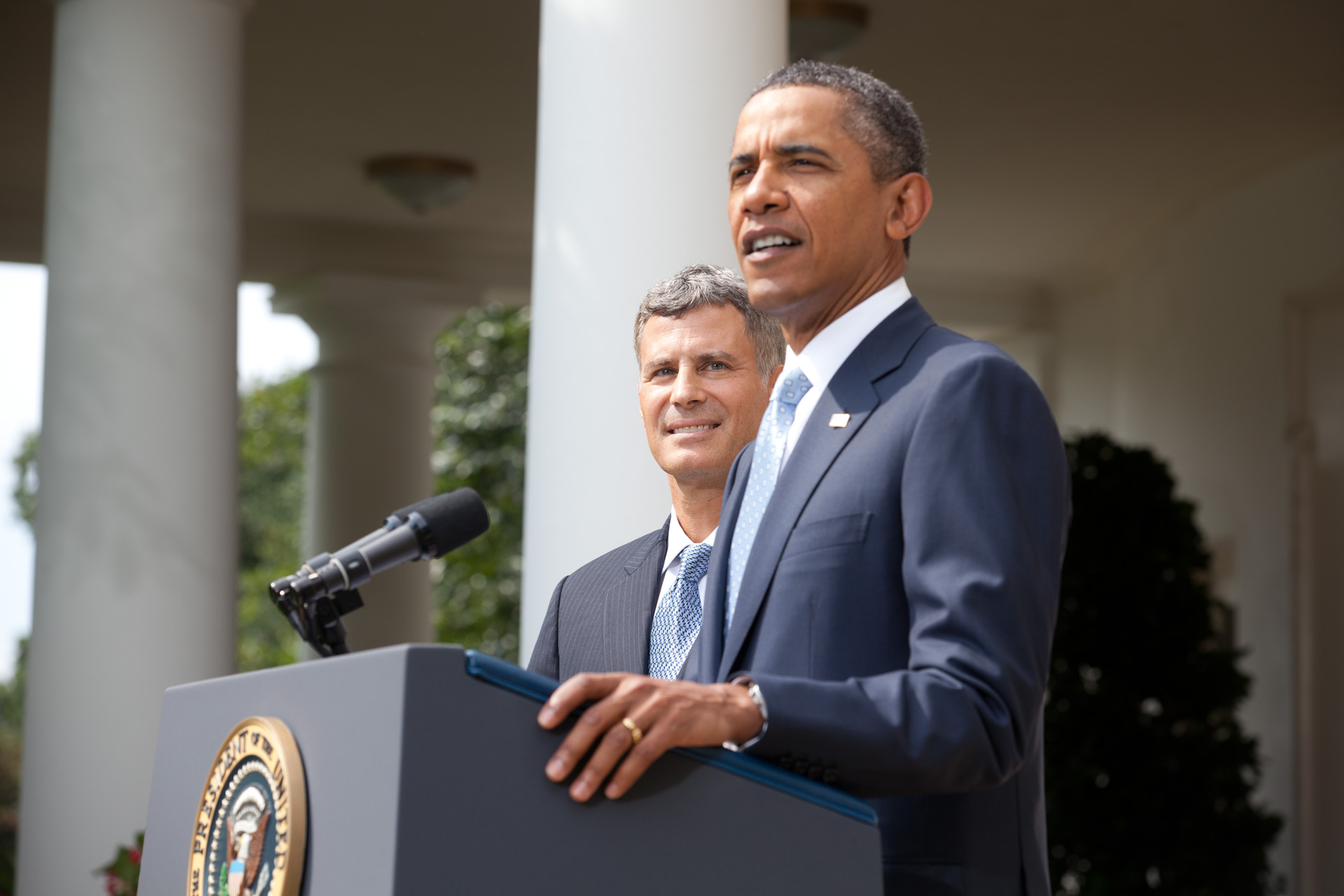 President Barack Obama delivers a statement to the press in the Rose Garden of the White House announcing Alan Krueger as his nominee to lead the Council of Economic Advisers, Aug. 29, 2011. (Official White House Photo by Chuck Kennedy)

Even as communities of the Eastern seaboard recover from the hurricane, the country as a whole continues to face the challenge of economic recovery. As the President said today, Dr. Krueger will be a strong addition to his economic team as they work tirelessly to accelerate hiring and spur innovation:

I have nothing but confidence in Alan as he takes on this important role as one of the leaders of my economic team.

I rely on the Council of Economic Advisers to provide unvarnished analysis and recommendations, not based on politics, not based on narrow interests, but based on the best evidence -- based on what’s going to do the most good for the most people in this country.  And that’s more important than ever right now.  We need folks in Washington to make decisions based on what’s best for the country, not what’s best for any political party or special interest.  That’s how we’ll get through this period of economic uncertainty, and that’s the only way that we’ll be able to do what’s necessary to grow the economy.

So it’s that spirit that I’m going to be calling upon in the coming days.  Next week, I will be laying out a series of steps that Congress can take immediately to put more money in the pockets of working families and middle-class families, to make it easier for small businesses to hire people, to put construction crews to work rebuilding our nation’s roads and railways and airports, and all the other measures that can help to grow this economy.

These are bipartisan ideas that ought to be the kind of proposals that everybody can get behind, no matter what your political affiliation might be.  So my hope and expectation is that we can put country before party and get something done for the American people.

That’s what I'll be fighting for.  And we've got to have a good team to do it.