Champions of Change: Engaging the Community in the Movement to Prevent Suicide

August 30, 2011 at 1:27 PM ET by Bob Gebbia
Twitter Facebook Email
Summary:
Bob Gebbia, Executive Director of the American Foundation for Suicide Prevention, discusses steps that are being made to prevent loss of life from suicide. 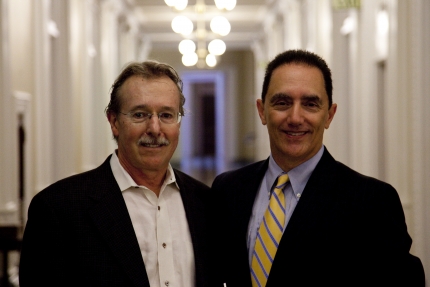 In recent years there has been a growing community-based movement in the United States aimed at preventing loss of life from suicide. This movement has the potential to create a dramatic change in how we understand suicide and the mental disorders that contribute to suicide and offers hope for the prevention of suicide.

This movement is characterized by efforts to educate the public, development of new interventions and a growing constituency comprised of people affected by this issue — the family and friends who have lost a loved one to suicide and those who struggle with a mental disorder and/or suicidal behavior. However, a steady increase in the number of suicide deaths each year in the U.S. shows the challenges we face and the need for greater investment in prevention, if we are to reverse this trend.

The American Foundation for Suicide Prevention (AFSP) is at the forefront of the movement to prevent loss of life from suicide and is investing in the scientific research, education and advocacy needed to address this formidable public health problem. And AFSP is most grateful to be selected by the Obama Administration for a Champions of Change award and honored to participate in a White House discussion on suicide prevention.

One effort under way that is central to the discussion is the creation of a nationwide network of locally based AFSP chapters. Just like with other voluntary health organizations that came before, AFSP chapters are volunteer led and work in their local communities. There are currently 48 AFSP chapters, with a dozen more being organized. These local groups raise awareness of the problem, educate the public about warning signs and the need for treatment, and advocate for policies that can help. They deliver evidenced-based programs like the More Than Sad program on teen depression, the dangers of bullying and other contributing factors to teen suicide. Chapters also offer a university based Interactive Screening Program that has proven effective in identifying and getting help for college students at risk for suicide. And when a suicide occurs in their community, they reach out to the surviving family and friends with information and resources and they offer annual healing conferences for those bereaved by suicide.

Suicide takes a terrible toll on families, friends, classmates and co-workers. It affects all segments of our society, and as we know it also affects the brave men and women serving in our military. And yet, for far too long it has been misunderstood, not talked about and tragically ignored. Being recognized by President Obama with a Champions of Change award is a tremendous honor for AFSP and a major step toward shedding light on this problem and making suicide prevention a priority for our nation.