President Obama today praised the extraordinary decade of service rendered by the 9/11 Generation of our military, the more than five million men and women – all of whom voluntarily joined the armed forces over the past ten years. He also paid special tribute to the more than 6,200 Americans who have given their lives in this hard decade of war.

Speaking before the American Legion National Convention today in Minneapolis, the President said that America’s military is the best it’s ever been, and highlighted the ways in which this new generation has changed the way America fights and wins our wars:

They're a generation of innovators, and they’ve changed the way America fights and wins at wars.  Raised in the age of the Internet, they’ve harnessed new technologies on the battlefield. They’ve learned the cultures and traditions and languages of the places where they served.  Trained to fight, they’ve also taken on the role of diplomats and mayors and development experts, negotiating with tribal sheikhs, working with village shuras, partnering with communities.  Young captains, sergeants, lieutenants -- they've assumed responsibilities once reserved for more senior commanders, and reminding us that in an era when so many other institutions have shirked their obligations, the men and women of the United States military welcome responsibility.

The President touched on some of the most extraordinary achievements of the past ten years, in Iraq and Afghanistan, including “our greatest victory yet in the fight against those who attacked us on 9/11—delivering justice to Osama bin Laden in one of the greatest intelligence and military operations in American history.” 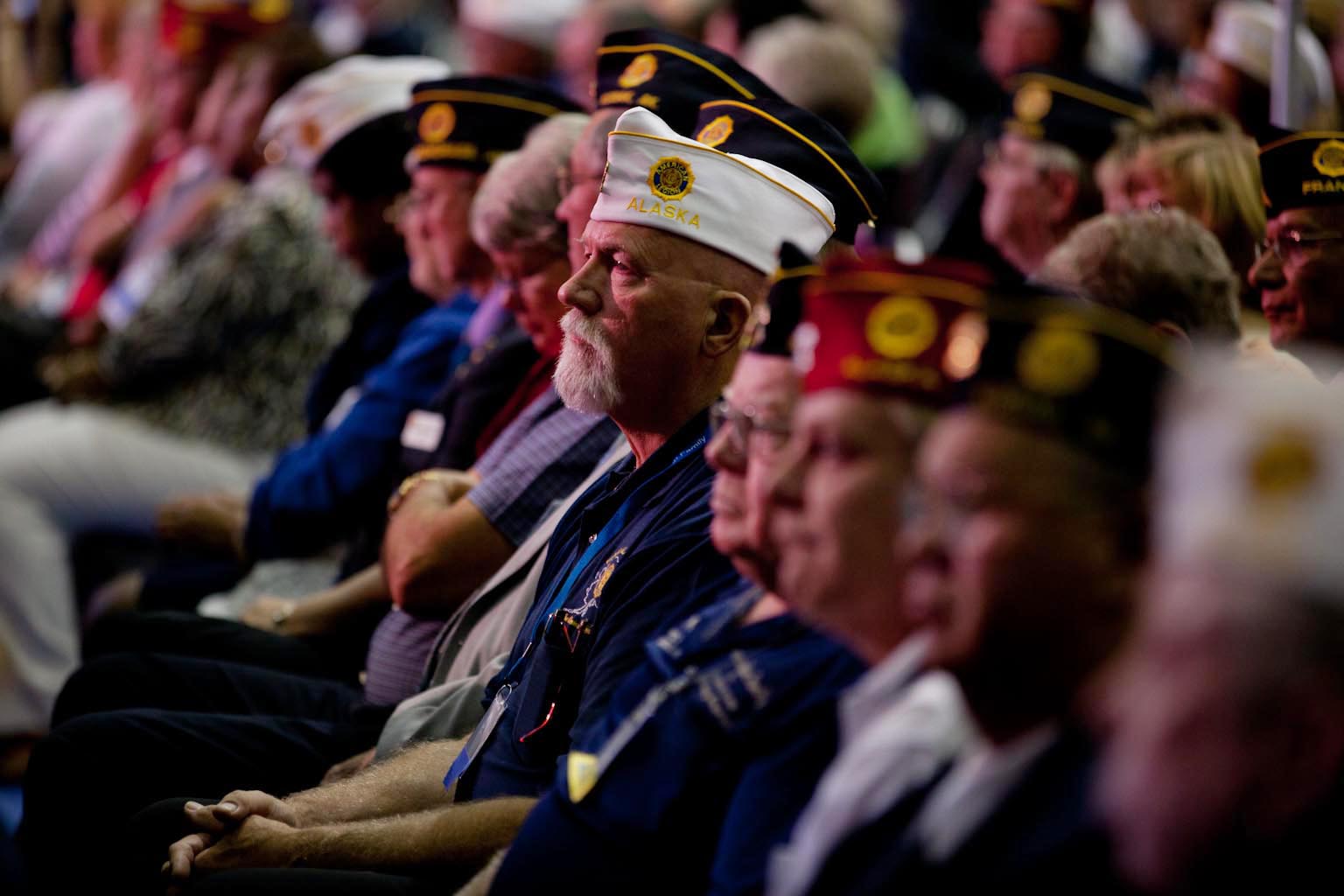 But much of the President’s remarks were focused on America’s responsibility to the troops and their families when they return home, including health care and support for the specific mental health needs of veterans, disability benefits and ending homelessness among the veteran population. President Obama vowed that in the coming budget negotiations, veterans can rest assured that America will not balance the budget on the backs of our veterans.

Finally, the President reinforced his belief that 9/11 Generation veterans are crucial to the urgent need to rebuild our economy and our nation:

That’s why we’re funding the post-9/11 GI Bill, which is now helping more than 500,000 veterans and family members go to college, get their degrees and play their part in moving America forward.  It’s why, this fall, we’ll start including vocational training and apprenticeships as well, so veterans can develop the skills to succeed in today’s economy.  And that’s why I’ve directed the federal government to hire more veterans, including more than 100,000 veterans in the past year and a half alone.

But in this tough economy, far too many of our veterans are still unemployed.  That’s why I’ve proposed a comprehensive initiative to make sure we’re tapping the incredible talents of our veterans. And it’s got two main parts.

First, we’re going to do more to help our newest veterans find and get that private sector job.  We’re going to offer more help with career development and job searches.  I’ve directed DOD and the VA to create what we're calling a “reverse boot camp” to help our newest veterans prepare for civilian jobs and translate their exceptional military skills into industry-accepted licenses and credentials.  And today I’m calling on every state to pass legislation that makes it easier for our veterans to get the credentials and the jobs for which they are so clearly qualified.  This needs to happen and it needs to happen now.

When Congress returns from recess, this needs to be at the top of the agenda.  For the sake of our veterans, for the sake of our economy, we need these veterans working and contributing and creating the new jobs and industries that will keep America competitive in the 21st century.