August 30, 2011 at 8:00 AM ET by Andrew Yang
Twitter Facebook Email
Summary:
Andrew Yang discusses his experience as an entrepreneur and how young entrepreneurs can learn from others, like in the program he created Venture for America. 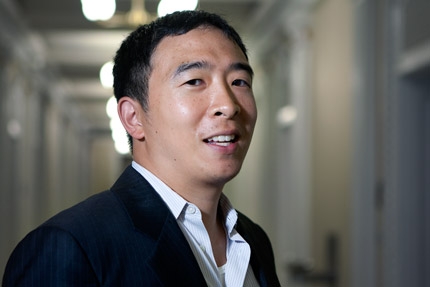 Venture for America is a two-year fellowship program for recent college graduates to work in a start-up or early stage company in a low-cost city.  The goal is to generate jobs, both by supplying promising companies with talent and training the next generation of entrepreneurs to build successful businesses.  VFA launches in Detroit, New Orleans, and Providence in 2012 – applications are now open for our inaugural Venture Fellows who will begin training at Brown University next June.

If you want to learn how to build a business, this is the program for you.

Venture for America was inspired by many of my own experiences as an entrepreneur.  I co-founded a company when I was 25 years old, and though I grew a lot during that time I didn’t have the skills or wherewithal to build a successful business.  My first company failed, with our investors losing everything.  After this first failure, I was determined to learn some of what I didn’t know.  I worked for 5 years supporting more experienced and established founders, eventually becoming the CEO of a company that went on to be acquired.

Contrary to what some might say, I found entrepreneurship to be a lot like other processes – you get better at it over time.  And, in my view, one of the best ways to improve and develop is to spend time supporting someone who is ahead of you traveling the same road.

I have encountered hundreds of young people who have expressed an interest in starting or leading their own company during their careers, but many do not know where to begin.  These enterprising, aspiring entrepreneurs represent a vast but untapped resource.  On the other side, there is a host of growing start-up companies in Detroit and other cities that crave talent to continue to grow.  If we can give both the aspiring entrepreneurs and the companies what they want, great things will occur that will revitalize these communities and our economy.

We’re tremendously grateful to have been invited to the White House as a Champion of Change in recognition of what we’re building.  But we see ourselves as simply fixing a plumbing problem and providing a pathway – the real value creation will happen on the ground among the hard-working founders and those supporting them each day.

Andrew Yang is the Founder and President of Venture for America.