This morning, President Obama urged Congress to pass a clean extension of key transportation programs as soon as possible. I was proud to stand in the Rose Garden with the President as he called for Congress to protect critical jobs and bolster our roads, bridges, runways and railways.

At the end of September, if Congress doesn’t act, the nation's surface transportation program will expire.  This provides funding for highway construction, bridge repair, mass transit systems, and other essential projects that keep our people and our commerce moving quickly and safely.  It also provides money for thousands of transportation projects currently under construction around the country.  When the law expires, those projects will shut down, taking precious jobs with them.

For America's construction workers and their families, it represents the difference between making ends meet or not.

If we allow our transportation law to expire without an extension, almost 1 million construction and other workers will lose their jobs over the coming year. If the extension is delayed for just 10 days, our nation will lose nearly $1 billion in highway funding, and that is money we can never get back.  In addition, over 4,000 of our professionals in the Department of Transportation will be immediately furloughed without pay.

Like the President, I think it is unacceptable to put jobs at risk in these difficult times just because Congress cannot work out its differences.

To let partisan grandstanding cut necessary transportation investments and consign American businesses to roads that are in disrepair, and travel and shipping delays that cost millions of dollars, is inexcusable.

Yet we have seen it happen before.  In fact, just last month, with the Federal Aviation Administration authorization up for extension, Congress let authority for this important agency lapse and thousands were furloughed.  Construction sites at airports were shut down with workers sent home without pay.  The federal government lost millions of dollars a day in unrecoverable tax revenue.

And when Congress finally got its act together, they extended the FAA for only one month. It expires again on Sept. 16th and we need Congress to act quickly. 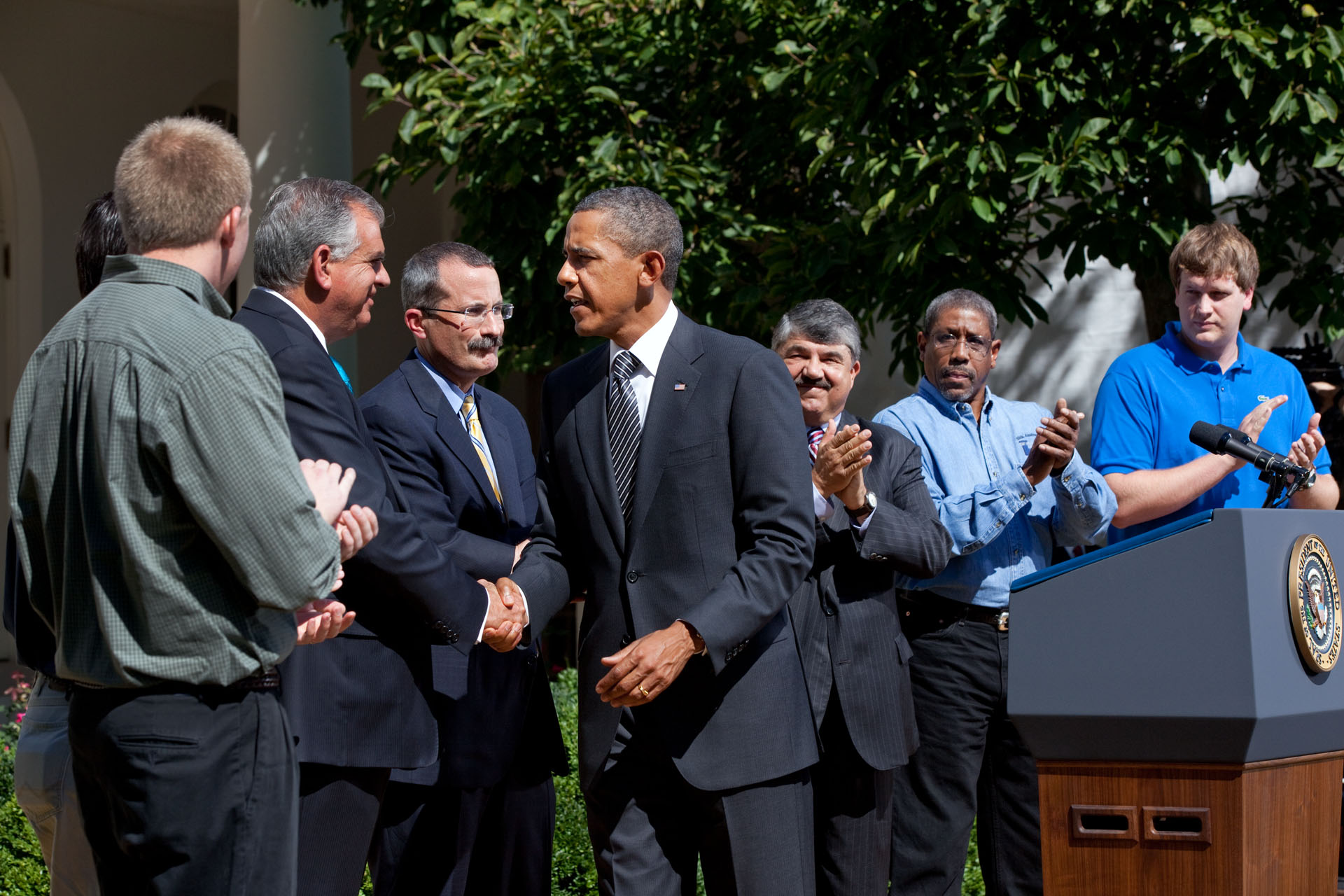 As the President said, "At a time when a lot of people are talking about creating jobs, it's time to stop the political gamesmanship that costs us jobs."

That's why I was glad to see representatives of the AFL-CIO and the US Chamber of Commerce standing side-by-side with the President today.  The folks who have to deal with the result of legislative inaction agree that a failure to pass clean extensions of the FAA and the Surface Transportation authorizations will be extraordinarily painful for all Americans.

And once those clean extensions are passed, let's get to work on long-term reauthorizations.  As the President said, it's time to put construction workers back on the job doing the work that America needs now.

It's time to have a serious conversation in Congress about making smart investments while interest rates are at historical lows and unemployment is high.

It's time for the United States to stop playing catch-up and, once again, to lead the world.