August 31, 2011 at 4:26 PM ET by Jon Carson
Twitter Facebook Email
Summary:
Small businesses are the backbone of our economy and they are providing important ideas and feedback to the Administration on how to increase hiring and spur innovation.

Over 400 small and minority business entrepreneurs participated in a Department of Energy small business procurement summit in Orangeburg, South Carolina on Tuesday, August 23, 2011. I had the pleasure of speaking at the event together with DOE Secretary Steven Chu, U.S. Congressman James Clyburn, and SBA Deputy Administrator Marie Johns. This was part of a series of high-level events that the White House asked all Federal agencies to conduct. Since March, over 20 Cabinet and Senate-confirmed officials and 7,000 small business owners have participated in 19 small business matchmaking events around the country. 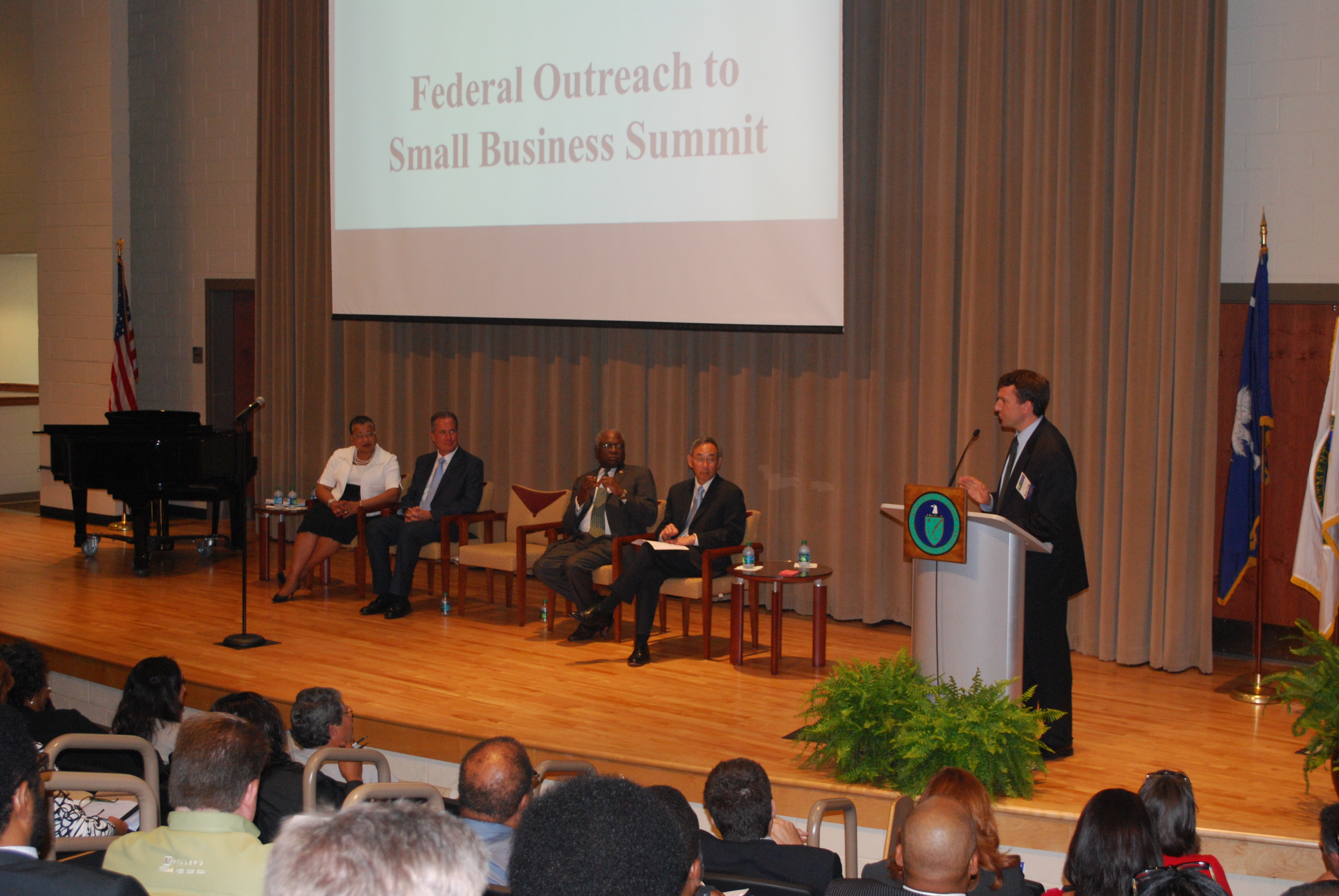 Jon Carson, Deputy Assistant to the President & Director of the Office of Public Engagement, speaks at a Small Business Summit in Orangeburg, South Carolina on August 23, 2011.

One small business owner wrote to President Obama after the South Carolina event:

By far, this was the best government sponsored event I have ever attended…It gave me a new direction and a new market to approach…. I would be remiss if I didn’t also mention the other Government Officials that were informative and current with Small Business Issues.  I am proud to have them representing and serving our Country. They made me feel like we can build the America we dreamed of in the past and can dream of now.

President Obama often says that small businesses are the “backbone of our economy and the cornerstone of our community.” We realize how important small business owners and minority entrepreneurs are to creating jobs, and that is why it is important that we start by doing business with you.

Jon Carson is Deputy Assistant to the President & Director of the Office of Public Engagement.