September 1, 2011 at 6:24 PM ET by Jerry Reed
Twitter Facebook Email
Summary:
Jerry Reed, director of the Suicide Prevention Resource Center (SPRC), outlines how a national movement to address suicide as a preventable public health problem is helping to save lives. 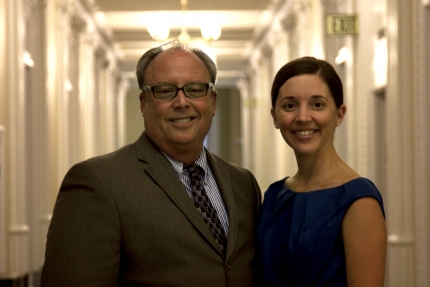 We lose over 34,000 people a year to suicide -- that’s more people dying by suicide than by homicide and HIV/AIDS combined. Suicide leaves behind grieving family, friends, coworkers, and others to wonder: “What could we have done differently to help?”

For more than a decade, we have been working to answer this question and save lives by participating in a national movement to address suicide as a preventable public health problem.

The suicide rate for American youths—the population on which most attention has been focused—has been declining for over a decade now. Unfortunately, suicide is on the rise for other groups, so we have been working to find solutions. Some populations with increasing or high rates of suicide, suicide attempts, or both, are American Indian/Alaska Natives; lesbian, gay, bisexual, or transgender (LGBT) youth; young Latinas; and working aged men and women, including military service members and veterans. Suicide rates for older white males are also disproportionately high, but like those for youths, have been steadily declining for many years.

A common misconception about suicide is that we can’t do anything about it. We know of interventions with communities and with vulnerable populations that reduce the risk of suicide in the group. Also, at the individual level, we know how to identify someone who is struggling with a mental health concern early on—and if we can get past the barriers of stigma and lack of resources, and we can get them into effective treatment—we can make a difference.

As director of SPRC, I was recently honored to be invited to the White House to join a conversation between Administration officials and leaders from around the country to discuss suicide prevention, as part of the Champions of Change program. It is so important to see the public health challenge of suicide discussed by the Administration and the many community partners dedicated to this work reinforcing that suicide is preventable, progress is being made, and lives can be saved.  If we don’t talk about suicide, we can’t take steps to prevent suicide.

Suicide is a complex problem that demands a collaborative and comprehensive approach to its prevention. At SPRC, we foster partnerships with people and organizations who might not think they play a significant role in preventing suicide but who are vital stakeholders in this important work, including business leaders, communication and social media experts, emergency first responders, faith leaders, funeral directors, law enforcement, and media, among others. Their voices must be part of the solution. No one agency or nonprofit can do this work alone; it is going to take a community to make a difference. That’s how we’re going to prevent suicide in America.

Jerry Reed directs the Suicide Prevention Resource Center (SPRC), which collaborates with other organizations to develop tools and training for practitioners and community advocates. Located at the Massachusetts-based Education Development Center, SPRC also serves as a clearing-house for information and resources based on best practices.