In my White House Internship application, I wrote about my vision of a federal government committed to reaching out to communities that may have never felt their voices mattered. Yet even as I wrote it, I wondered whether this was the type of government I would find if selected to work at the White House.

Towards the end of my internship, I had an experience beyond my wildest imagination and that confirmed the Administration’s commitment to service and outreach.  On that day, the East Room in the White House was lined on every side by more than 100 young African men and women. U.S. Ambassadors across Africa had nominated them because of their exceptional achievements in fields ranging from business, to human rights, to social welfare and development.  They were invited to Washington, D.C. for the President’s Forum for Young African Leaders where they would have a chance to speak directly to the President and share their visions for the future of Africa. 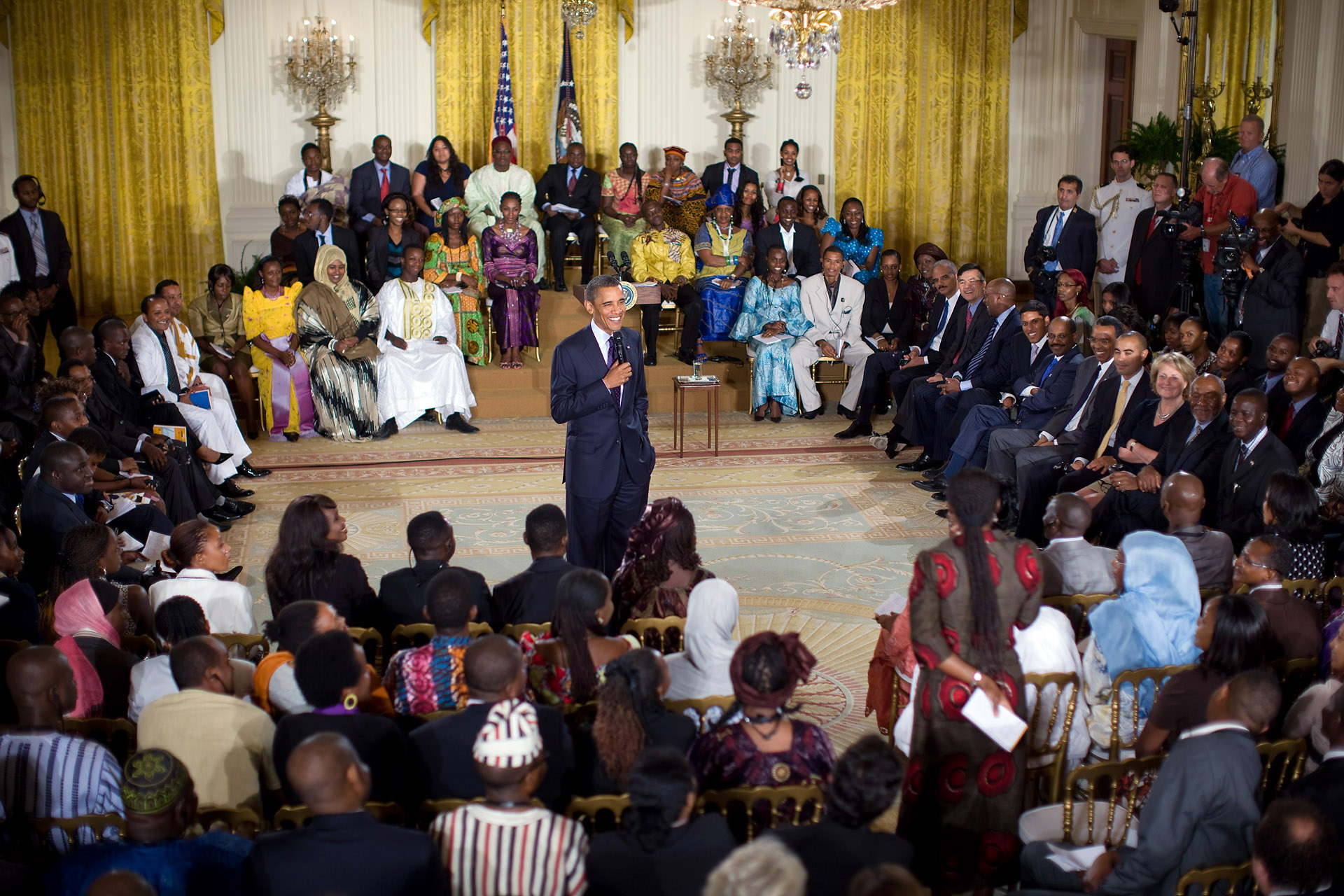 President Barack Obama listens to a question during a town hall-style meeting with young African leaders in the East Room of the White House, Aug. 3, 2010. (Official White House Photo by Lawrence Jackson)

I marveled at the vibrant splash of color radiating from these visitors’ diverse collection of outfits. Even more unforgettable was their sea of smiles, which shone brighter than the clothes they wore. The energy in the room was tangible, electrifying. For these young leaders, this was a once in a lifetime opportunity, and for the communities from whence they came, their presence in the room spoke volumes – America was ready to listen to the fresh and unheard voices of African youth.  As President Obama began to address his invited guests, a single thought kept running through my head: I can’t believe I’m part of this.

A year after my White House Internship, I’m now a U.S. diplomat tasked with representing America abroad. I think often of the dedicated White House staffers that I met last summer in the Office of Public Engagement and Intergovernmental Affairs, frequently working late into the evening to ensure that they were making even the faintest voices heard. I also remember the surprise and joy of individuals like the young African leaders, many of whom probably never imagined they could be a part of the President’s policy-making process.  These memories from my experience as a White House Intern remind me of the value of public service, and they continue to motivate me.

Naima Green is a former intern for the Office of Public Engagement and Intergovernmental Affairs from the Summer, 2010